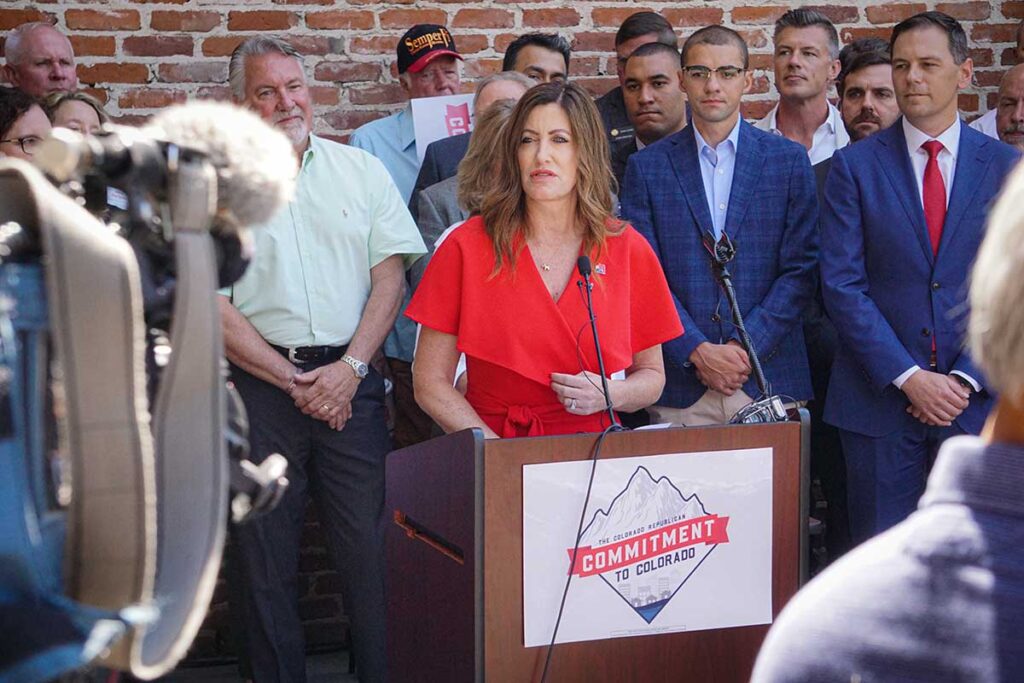 “Self-described MAGA activist Heidi Ganahl made her closing argument today with election conspiracy theorist Joe Oltmann, a man who has literally called for the execution of Ganahl’s opponent,” said ProgressNow Colorado Executive Director Sara Loflin. “Ganahl asked Trump coup mastermind Steve Bannon’s listeners to show up at polling places tomorrow to ‘overwhelm the system.’ And in a letter to Colorado’s county clerks this weekend, Ganahl asked for needless changes to the reporting of Election Night ballot counts to sow doubt in the results. Heidi Ganahl’s latest outrageous actions are another desperate attempt from this historically terrible campaign to attack election integrity in Colorado through conspiracy theories and misinformation. It is time for Pam Anderson, once and for all, to stop sitting on the sidelines and demand that Ganahl apologize for courting the very worst elements of modern American politics.”