From the Law Offices of Harry M. Daniels LLC

Colorado Springs, CO – Attorneys for Dalvin Gadson, the 29-year-old black man and veteran beaten by officers with the Colorado Springs Police Department (CSPD), today released body camera videos of the October 9 beating that makes it clear how close the incident came to tragedy as, in addition to repeatedly punching and kicking Gadson in the head and back, one of the officers actually drew his firearm and was prepared to shoot the unarmed veteran.

“I [EXPLETIVE] drew down on him when you were hitting him,” one of the officers can be heard saying as he and two others laugh and talk after the beating.

“It’s difficult to listen to these officers laugh and joke about beating a veteran to a bloody mess and drawing their firearm on an unarmed man,” said Daniels. “With officers this casual about the use of excessive and potentially deadly force, Dalvin Gadson is lucky to be alive.”

In addition to showing the full altercation, which officers initiated, the video shows the officers trying to explain their use of force and escalation by saying there was a knife in the car’s center console. However it  does not explain their excessive violence repeatedly punching Gadson in the head so hard that one officer split his knuckle through his gloves. Nor does it explain why the officers continued to punch and kick Gadson after he’d been pulled from the car and was on the ground.

“There’s no excuse for the excessive violence and brutality these officers used against Mr. Gadson,” said Sellers. “No matter what excuse they try to manufacture, the fact is that they beat an unarmed man, a veteran, and they should be charged.”

Click HERE to view body camera videos of the incident.

Click HERE for photos of Gadson and officers following the beating. 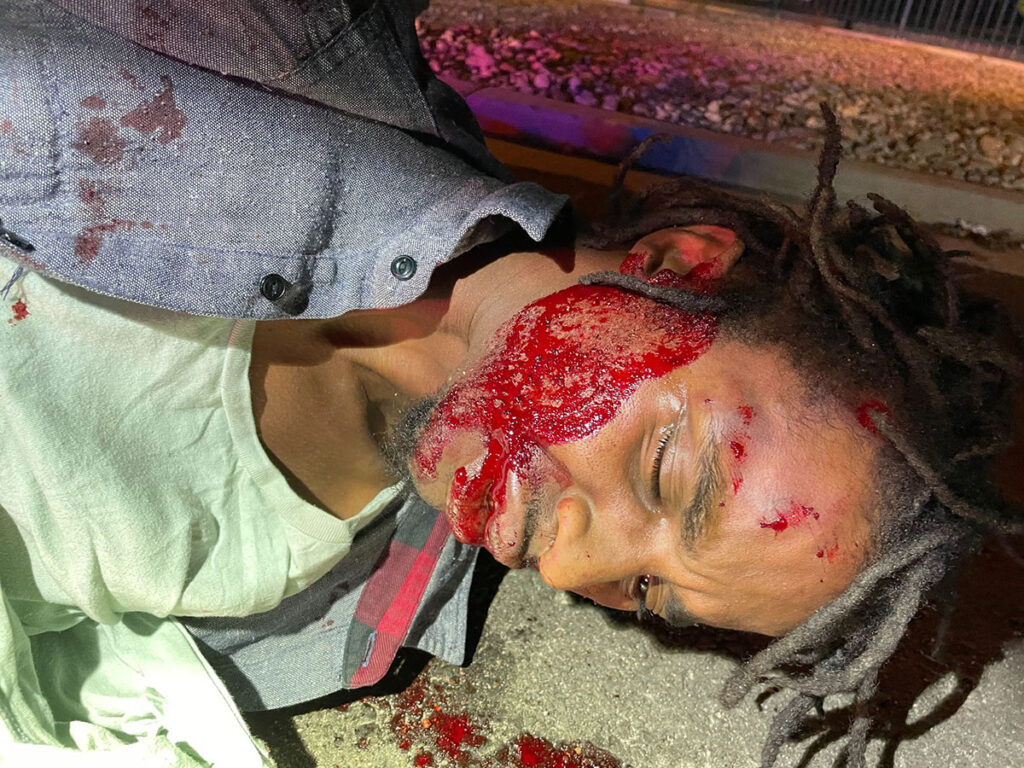