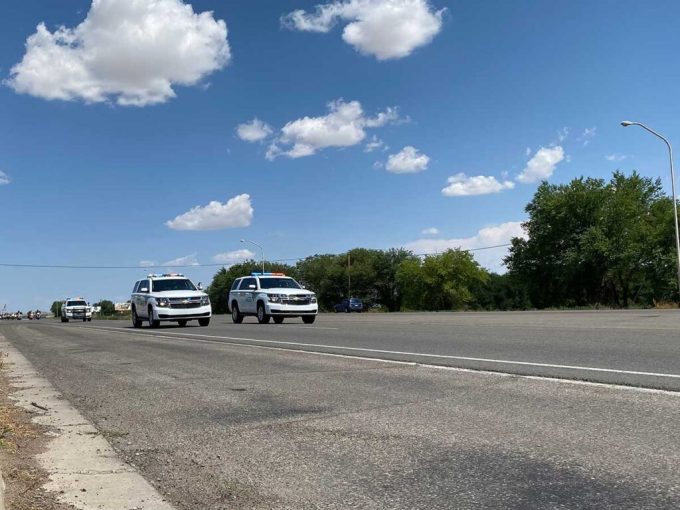 The Navajo Nation Police Department has received numerous missing persons reports that they have traced to addiction treatment centers in Arizona.

Now they are warning tribal communities about recruiters.

It all started one Monday morning when Navajo Nation Police Sgt. Roland Dash looked at the arrest log which was unusually small after the weekend.

“We only had one, and I asked the sergeant on duty what was going on,” said Dash.

Sgt. Dash started asking around and heard about a white van coming into Tuba City, Arizona.

“And they were asking everyone if they were hungry, if they wanted a place to stay, and that they were coming out of a rehab center out of Arizona,” he said.

The recruiters have been reported in various areas like the outdoor markets or picking up people walking on the side of the road, according to a statement published on Facebook by the Navajo Nation Police Department on November 17.

Soon families started to report their loved ones missing.

Sgt. Dash began looking into different sober homes, or group homes, after a family member of a missing person told him their brother went to a recovery treatment center in Phoenix, Arizona.

Sgt. Dash spoke with the individual over the phone.

He explained he willingly went with the recruiters, and reconnected with his sister.

But the Police Department Facebook post from November 17 said some people had experienced difficulty returning to the Navajo Nation.

“Right now it’s a constant thing of these guys showing up here and taking these individuals down,” he said.

In a separate Facebook post from October 26, Carol Willeto, a community member, warned people about a couple from Blue Sapphire Group Home showing up at Window Rock, Arizona, outdoor market and recruiting people.

Tribal Radio contacted the Blue Sapphire Group Home about their business and why they were in Window Rock.

A woman who identified herself as Justine apologized and said she was not involved because she had no Navajo clients, and then hung up.

Sgt. Dash is now working with other law enforcement agencies to investigate any possible criminal activity and to ensure the safety of Navajo communities.

“I made contact with the FBI on this whole thing,” he said.

The Navajo Nation Police is advising community members not to get into vehicles with individuals they do not know, even for a short ride.