Encountering the Divine in Colorado 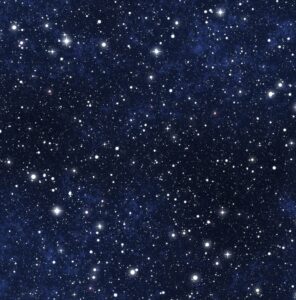 Precisely 56 years ago this week, I visited Colorado for the first time. It was not a vacation trip.

I first met Willie Vance in 1966. We had been drafted and were sworn in on September 19th in Cleveland, Ohio. He was a tall Black man with a huge Afro, wearing a polka dot shirt with a huge collar. Imagine Sly and the Family Stone. I was a dazed suburban white kid, wondering how the hell life had come to this.

During 8 weeks of Basic Training at Fort Banning, GA, we became friends and, with his Afro gone and my suburban whiteness covered in olive drab, we discovered our common humanity. After Basic Training, fate assigned us both to Infantry AIT at Fort Ord, CA.

Our 8-week AIT was divided by a holiday break in December. Short on resources and up for adventure, Willie and I decided to hitchhike home to Cleveland for Christmas.

We left Fort Ord on a military shuttle bus that dropped us in San Francisco. I don’t remember the extent of our route planning, but I do recall a discussion about whether to tend north or to tend south. We chose north. The notion of a Black man and white man together in some parts of America was not a great idea in general, but significantly less great in southern states. We wore our dress uniforms, black Army issue shoes, thin socks and skimpy overcoats. We hadn’t considered that December in Colorado wasn’t likely to be balmy, but the uniforms enhanced the chance of a ride. We sang a lot.

We quickly hitched several rides out of the San Francisco area, finding ourselves in Reno, Nevada in the middle of the night. Two soldiers could get a sumptuous meal for a few dollars in a cheap casino in Reno. Fully stuffed, we walked to the edge of town and lifted our thumbs to a stunning desert sunrise. A ride came along soon and we crossed Nevada and through to Vernal, Utah. There we waited fitfully for hours, finally catching a ride about midnight. We dozed in the backseat, awakened by the driver saying, “End of the road for me. Good luck!” We were in Craig, Colorado at 2 a.m., temperatures diving into single digits. An all-night laundromat drew us to its neon flame and we huddled inside the door, taking turns at the curb, hoping for a ride from a car or truck that never came.

I haven’t been to Craig since then, but it seemed a very small town and traffic on Route 40 dried up at night. Finally, after an hour or so, an old sedan pulled up to the curb as I pulled thumb duty. The rear window rolled down and a bloom of beer and cigarette smoke rolled out. Willie rushed from the laundromat, enthused by our apparent good fortune. Not so fast. A voice came from the back seat, slightly slurred and not particularly cheery. “Where ya goin’?”

“Cleveland,” I said. “We’re hoping to make it home for Christmas.”

I had a bad feeling about the guy with a Deliverance voice encountering the Black guy suddenly appearing over my shoulder. My bad feeling deepened when the voice said, somewhat ominously, “You’ll never make it.” “Never make it” had dark implications in the middle of a lonely night when offered up in Deliverance tones and a steam cloud of beer.

Life offers these odd choices now and again. Risk having a beer with strangers in a warm car or shiver stone sober on a frigid sidewalk. Willie and I looked at each other and got in the car.

Beer cans popped, we took a swig, and the driver said, “You’ll never make it because no one comes through here at night.” The driver introduced himself. Joey Garcia. He was home on leave from the Navy and he and his brothers had been cruising in a town and at a time when cruising was about the only option.

Still wary and slightly buzzed, we sat silently until Joey said, “You’ll be here all night. C’mon home with us instead.” We were a bit suspicious of the surprising offer, but didn’t want to seem ungracious. We nervously accepted and rode in silence to a small house on the outskirts of town.

Joey woke up Momma Garcia, who in turn woke up several younger children who were sleeping in a tiny bedroom in the very small, cluttered home. They were, we learned, a coal mining family. Momma made us a magnificent breakfast at 3 a.m. and they all insisted that we sleep in the younger kids’ beds while they camped out on the threadbare couch.

They woke us at seven for another breakfast and announced, “We want to buy you plane tickets to Denver, where you can more easily get home for Christmas.” We refused, as they seemed quite poor and we, despite our hitchhiking choice, had some money in our pockets. They insisted, we refused, they insisted, we refused, We finally accepted a ride in their old pickup truck, accompanied by Momma in the front seat and all the kids in the truck bed, to the Craig airport, where they contributed partially to our tickets on a small shuttle plane to Denver. Every Garcia hugged us tight and cried as we prepared to board. Deliverance indeed.

For several years thereafter I sent Christmas cards addressed to “Garcia Family, Craig, Colorado,” but doubt they ever received them. I suspect there were a lot of Garcias in Craig. Probably still are.

Our journey from Denver to Cleveland was uneventful, save the midnight ride with an itinerant preacher in an old Cadillac Seville through eastern Indiana/western Ohio farmland. He sang hymns, prayed for our souls and dropped us near enough home that we made it by Christmas Eve.

Even as a non-believer I’ll let that sit as divine intervention, although without the Garcias we would not have met the preacher.

Perhaps it was they who were divine.

(Several years ago, Willie and I reconnected. That is a story in itself, perhaps for another time. Merry Christmas to all who celebrate.)