Guaranteed Income Initiatives Are Moving From Pilots To Policies

This story was originally published by Next City, a nonprofit news organization covering solutions for just and equitable cities. By Cinnamon Janzer, (AP Storyshare). Images added by Yellow Scene Magazine.

A new dashboard highlights the proliferation of guaranteed income programs, which are rapidly moving from fringe local experiments to state-level policies. 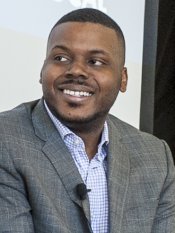 In February 2019, Michael D. Tubbs, mayor of Stockton, California, launched a radical experiment. He started one of the nation’s first guaranteed income pilots, randomly selecting 125 residents at or below the city’s median household income to receive $500 a month for 24 months, no strings attached. Two years later, the Stockton Economic Empowerment Demonstration, as the pilot was called, analyzed the first year of the program and found staggering results.

After a year of the program, 40% of its participants had full-time employment compared to 28% at the outset.

Income volatility was reduced, participants were less depressed and anxious, and they flourished as a result. One participant was able to get his real estate license after the monthly stipend afforded him the time off to complete it. He described the change as “converting” his life “360 degrees” thanks to the ability to study that the money gave him.

Just a few years ago, experiments like Stockton’s were fringe. Today, it has blossomed into a nation-wide movement. Tubbs launched Mayors for a Guaranteed Income, a network of city leaders that has 99 members from coast to coast. Early efforts like those in Stockton and Jackson, Mississippi, which provides Black mothers with $1,000 a month for one year in what’s now the country’s longest-running guaranteed income program, are now being replicated across the country and targeting vulnerable populations like single moms and members of the trans community. In St. Paul, some refugee families facing barriers to employment are receiving $750 a month for a year. The United Sound End Settlements’ Striving Toward Economic Prosperity program gives low-income Boston-area parents $800 a month for 18 months; participants relate that they’ve been able to enroll in first-time homebuyer courses and save for down payments, and avoid going into debt with credit card payments.

To track guaranteed income programs like these as well as chart their impact, researchers from Stanford’s Basic Income Lab and the University of Pennsylvania’s Center for Guaranteed Income Research along with Mayors for a Guaranteed Income launched the Guaranteed Income Pilots Dashboard in September. The goal of the effort and its quarterly updates is to “shed light on ways in which unconditional cash is providing people the opportunity, freedom and resilience to build financial security.” 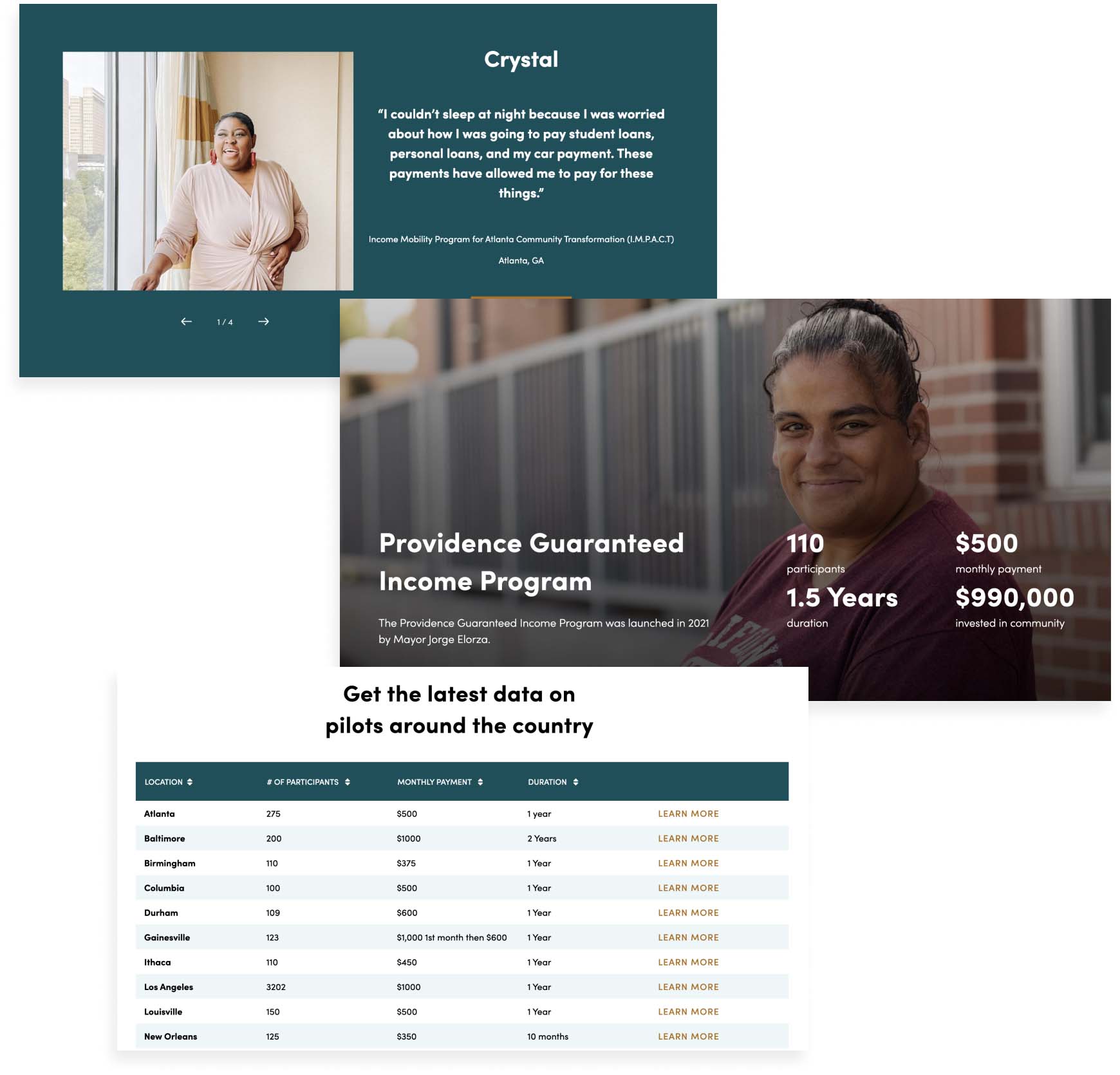 “Cash transfers are one of the most researched things in the developing world. There’s really profound literature for unconditional and conditional cash transfers in Asia, Africa and Latin America,” explains Sean Kline, associate director of Stanford’s Basic Income Lab. But in the U.S. and the rest of North America, he says, there’s less direct research on the impact of such regular cash payments.

“There was clearly an opportunity to learn more about what cash payments could mean for people, particularly during the pandemic, but also at a time when there’s growing recognition of the tremendous income and wealth inequality in the country, which is particularly racialized and gendered.”

The dashboard doesn’t track every guaranteed income pilot in the country. Instead, researchers started with 21 comparable pilots with available data that’s both thorough and similar in order to make a rigorous, “apples to apples comparison,” Kline notes. The goal is to get a minimum of 30 pilots on the dashboard by early next year.

The researchers hope that breaking down the rigorous evaluations of these programs will help inspire city and county or even state and federal leaders to launch more of them – because they so clearly work.

“Unconditional cash is the direction that we want to be moving in, because the evidence suggests it’s a wise choice,” Kline notes. He and many other researchers involved with the project hope the dashboard will help cast guaranteed income programs less as radical experiments and more as policy investments that work.

Jeremy Rosen, director of economic justice at the Shriver Center on Poverty Law, says that the impressive results that pilots like those on the dashboard show are a central reason that guaranteed income initiatives are, as the dashboard’s creators hope, increasingly “moving from pilot to policy. We can start to use the very impressive results we’re seeing to drive permanent state and hopefully federal policy.”

In California, guaranteed income has made the leap from local to state policy.

The state’s 2021-2022 budget earmarked a five-year, $35 million general fund to make grants for guaranteed income pilots, prioritizing those who target youth who have aged out of the state’s extended foster care program around age 21. A request for applications for grants stemming from the program closed in September. “That’s a small but significant first step. It’s the first statewide investment,” Rosen says.

In the wake of pandemic assistance like the Child Tax Credit within the American Rescue Plan, Rosen says that the time is now to use tax policy to begin to implement guaranteed income programs on even larger levels. “States are expanding tax credits on a pretty consistent basis, whether it’s earned income credits for working families or child tax credits,” he says.

By making tax credits refundable and giving people the money they’re owed back in cash we’re “putting money in people’s pockets through tax policy,” Rosen adds. “And that’s a very efficient way to do it.”

While this major statewide fund rolls out, targeted local initiatives continue emerging in California and beyond. San Francisco has announced that in January, it will begin providing a group of low-income transgender and gender-diverse residents with a monthly stipend. The project will expand the roster of guaranteed income pilots in the city, including one aimed at artists impacted by the pandemic. “We will keep building on programs like this to provide those in the greatest need with the financial resources and services to help them thrive,” San Francisco Mayor London Breed told local media.

PBS reports on the growing movement of the Guaranteed Income Pilot Program: Why cities are piloting guaranteed income programs

More information about the pilot project can be found on the City of Boulder’s website at bouldercolorado.gov/projects/guaranteed-income-pilot-project or by contacting Elizabeth Crowe at crowee@bouldercolorado.gov.

Learn more about Michael Tubbs and his work on ending poverty: http://mtubbs.com