The Heroes: The Farmers 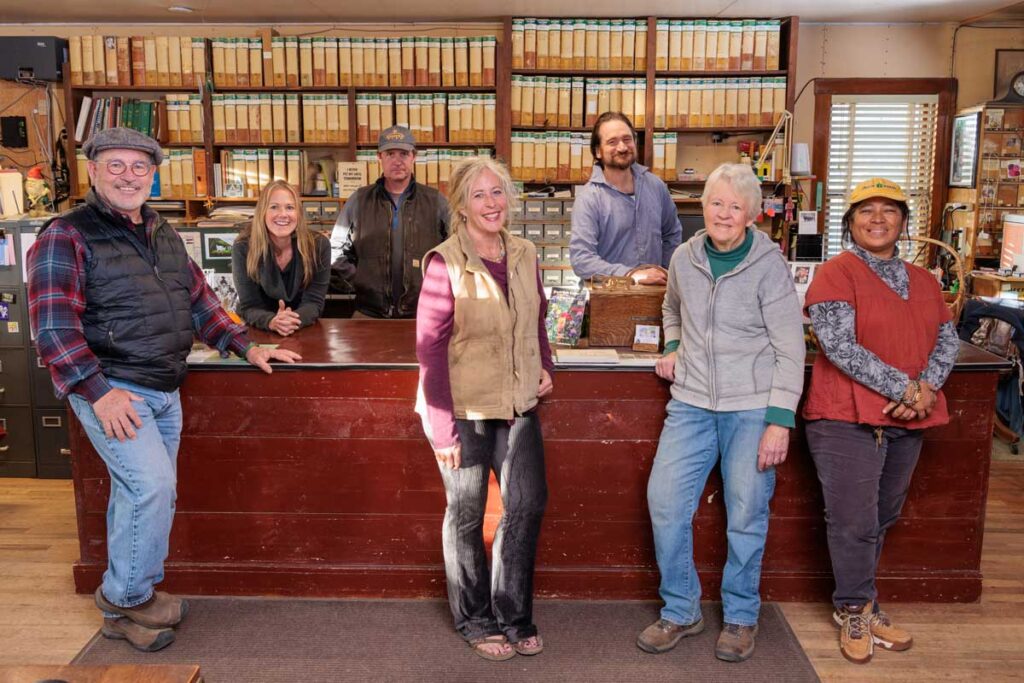 The mighty seed. It represents all that is life. A seed becomes sustenance, shelter, and beauty. Each seed when nurtured with care, when cultivated with backbreaking work, can make such an impact on our world. Unfortunately, so much of America’s farming has been taken over by monolithic corporations. In the final Yellow Scene Magazine Heroes Series we talk to the hands still working the land – the farmers that are nurturing our soil, our bodies and even our minds.

We spoke to representatives from eight farms and gardens in Boulder County about the most important issues facing farming today, the effect of technology on the industry, their favorite crops, and more. Many of the farms we spoke with are Community Supported Agriculture farms. A CSA farm has a number of community members who buy shares of the season’s harvest in advance to help support the farmer and share the risk. In return, they receive produce, often organic, directly from the CSA on a regular basis during the harvest season.

Kayam Short runs Stonebridge Farm with her partner, John Martin. Opened 31 years ago, they have 75 CSA members, meaning that they are one of the smaller farms we spoke with. This means that they face some of the biggest issues that every farm does, but more acutely. Short told me that the two biggest issues today are climate change and land availability. She told me, “Land is just becoming so very expensive, even in the Midwest. People buy up land and not necessarily for farming. It’s hard for younger farmers.” She went on to say, “The other thing is just climate change. We have really seen it in our 31 years, a shift in climate, and of course it’s always been hard for farmers. You can’t control that one thing: weather.” She says that climate change has given rise to more extreme weather. She referenced the drought of 2002 and the flood of 2014. Despite these hardships, Kayam speaks of her work with sunshine pouring out between her words. She told me she “just really love[s] growing tomatoes,” and it warmed my heart when she did.

Jason Griffith founded Aspen Moon Farm with his wife, Erin, in 2009. Aspen Moon has around 600 CSA members and is a unique biodynamic farm, which Griffith describes as “tying spiritual science together with farming.” This allows them to take a more holistic approach. Griffith said, “[We are] looking at the zodiac sign, and where the moon and moon phases are, and where different stars are aligning to figure out if this is a good day to plant a root crop or a fruit crop or break a new field.” As a result of this approach, Aspen Moon has moved away from some of the more modern approaches to farming such as measuring pH levels in the soil. Griffith said, “Instead of doing a bunch of soil tests and adding fertilizer to the field to get our numbers right, we’re going to plant a cover crop there, and the cover crop and the weeds that grow in that field are going to tell me a better story than any test can.” All the soil used at Aspen Moon was created there, the result of past crops then feeding the next generation.

Similarly to Aspen Moon, Kena and Mark Ollin of Ollin Farms take a very holistic approach to their work. Mark grew up on the farm, and both Ollins made allusions to the idea of personal evolution, growing as the farm does. The Ollins believe in the principle of “food is medicine.” They are dedicated to “regenerative, climate-smart agriculture.” Mark elaborated on this, saying, “We’re trying to figure out how to better grow healthy food but at the same time, sequester carbon, and increase biodiversity, and pollinator habitat.”

Mark and Kena’s passion is immense — too big not to share. They hold youth education courses on the land and have raised their four daughters on the farm, hoping to instill the idea of responsible growth in them and, in doing so, teach them to value life itself. We are all growing. We are always evolving.

Mike Munson runs Munson Farms with his brother, Chris. The farm has been in their family since 1976. Munson and his brother grew up helping on the farm but left Colorado to pursue other interests. Mike actually pursued a baseball career playing overseas in Japan before returning. In 2001, the brothers returned to help out with the farm as their parents aged. Munson was able to witness the evolution of farming from the ’70s to now. One of the biggest changes? “It’s the quality of seeds, different hybrids. I’m not talking GMO. This hybrid technique, crossbreeding certain things. The seed and the varieties lend themselves to be more robust, a little bit more drought tolerant, better yields. Sweet corn is what we’re really famous for in that particular area.” He also spoke about the improvement of equipment, saying, “We’re not a small farm, obviously, with 80 acres. We rely on big tractors. [Until 10 years ago] we were working with this old John Deere planter since the late ’70s.”

Wyatt Barnes, the owner of Red Wagon Farm, one of the largest CSAs we talked to with 550 members, spoke about the difficulties inherent to modern farming. He mentioned the idealized version of farming: The calm and peaceful nature of planting and growth, working under the vast blue sky in the fresh air. But the reality is that it is hard work. He spoke about the challenges of finding good workers for short periods of time. “We go pretty far for the winter and keep a few key people employed, which is our goal, but we cannot keep the whole staff on. So you’re retraining an insane number of people every year, and you can only get to a certain size because it’s really limited to what I can do,” he explained.

YaYa Farm and Orchard, Sunflower Farm, and Long’s Gardens are unique among the farms we spoke with. YaYa focuses mostly on their orchard, rather than the more traditional crops. I spoke with Sharon Perdue, owner of YaYa. They have 1000 trees on their property. Most of them are apples, but Perdue told me there are 128 varieties, including some plum trees, cherries, and pears. They operate on a “U-Pick It” system. This means that customers come to the orchard and pick what they want. Perdue told me this is one of her favorite aspects of what she does as she gets to meet a wide variety of people and families. She spoke to me about the ever-changing nature of farming, “Every season has a set of activities. I don’t have something that I do 365 days of the year. That is really cool. That is very engaging to me, and I don’t get bored. If there is a season or a job that is not my favorite, I know it’s going to end, and I just gotta get down the path.”

Sunflower Farm is an educational demonstration rather than a production farm. Owned by Farmer John Roberts, I spoke with Liz Napp, who runs most of the activities on the farm. She told me that an educational demonstration farm teaches young people about growing their own food in a hands-on way, allowing them to learn where food comes from. Sunflower is also completely tech-free, preferring to teach in the open air. Napp told me with a chuckle, “We have beautiful, licensed school buildings. We try not to use them … unless it’s super, super cold.” As the lessons in growing food occur, the kids are also taught philosophy, music, and other subjects meant to get the students thinking about their place in the world and mindfulness. They are an incredible asset to Boulder County.

Finally, I spoke with Catherine Long Gates, of Long’s Gardens. Founded in 1905, they are the oldest farm that we spoke with and are actually a garden renowned for their irises. They are also the only urban farm we spoke with, located right in the middle of Boulder. She reminisced, “My sister and I kept horses. When we were in school, after I got home, I could get on my horse and ride over to my friend’s. You don’t do that anymore.” She went on to say, “Just having the type of neighborhoods around change. Big mansions get built, and people don’t have much of a yard. Also, not that Boulder had a lot of diversity ever, but it’s less all the time. It seems like our income disparity is growing. So I’m one of the lucky ones that get to stay here and live here. But it’s hard for people.”

These people are reminders that each of us begins as a seed and is now sprouting, growing gloriously out into the sky, arms stretching out towards the sun, the wind flowing through us. We grow beautifully, a little bent, sometimes broken, but persisting nevertheless. Each day we are nourished by those who cultivate life each day, our farmers. Although the days have grown shorter and colder as the year turns into the next, the sun is still there behind those clouds, waiting for us. It won’t be long now. 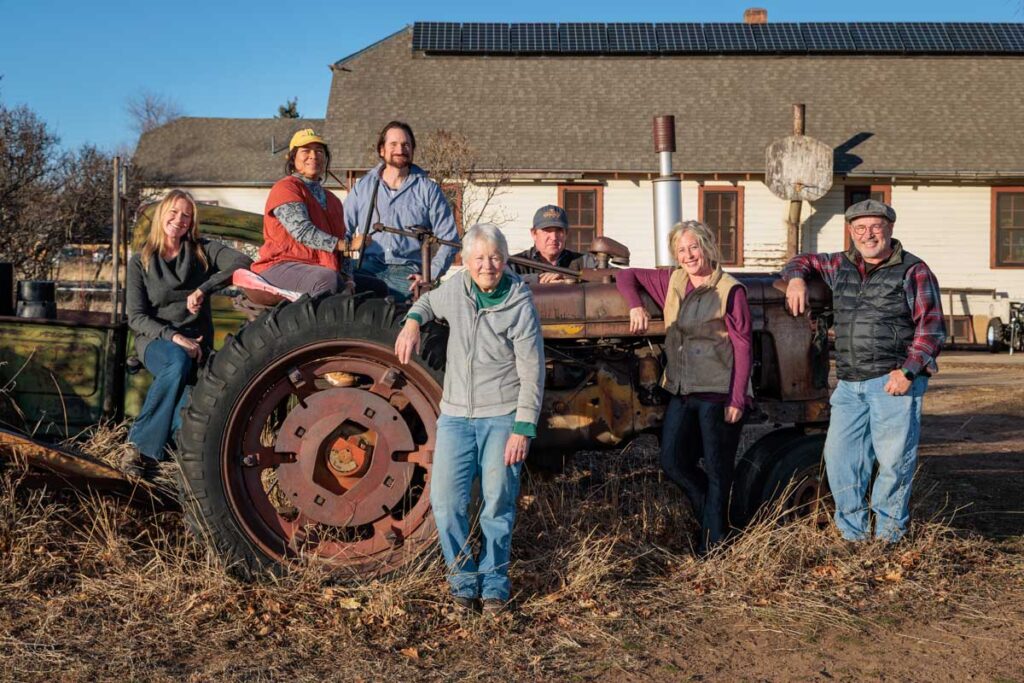