Upcycling: How to spruce up your home without ‘Made in China’ tags

Who doesn’t love to bring new energy into your home space?

I was on a mission to work with the stuff I’d already amassed at my house to bring new energy in. First, I got some inspiration from Boulder County upcycling royalty.

Pau Martin was ready to accept an internship in Spain when a friend helped Martin sew a pair of overalls??—loud yellow overalls to be exact. Martin was in love with them and wore them to a party. Friends, and eventually people Martin didn’t even know, were soon in Martin’s room waiting to be measured for a pair of their own. Martin decided to stay in the States, found a studio on Facebook marketplace, and began making partnerships with local businesses to obtain fabric. Atrévete, which means to dare yourself, was born. 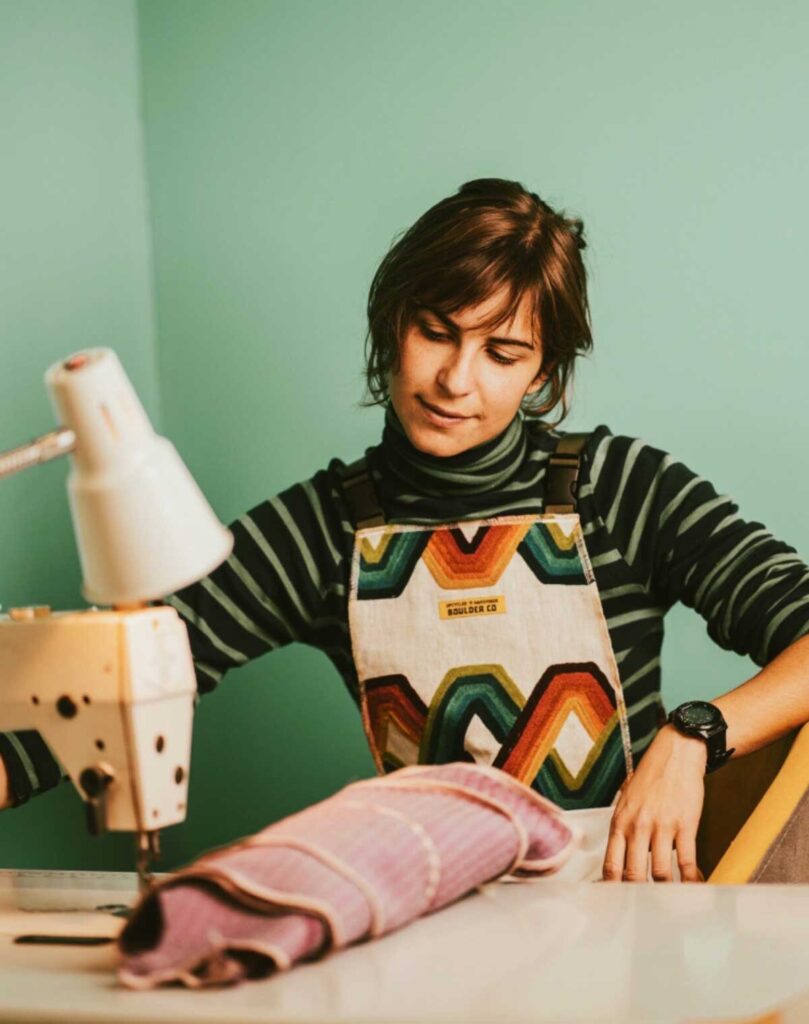 Pau Martin bought a used sewing machine after learning to make overalls from a friend. Photo by Andrew Labreck.

“I like the uniqueness of everything being one of one, that it can’t be replicated, and you have to be very resourceful with what you have,” Martin said. “Now I have a system where I know a big piece of fabric has to be pants because we need so much fabric for the legs of the overalls. Super small samples are great for hats.”

The size of the fabric along with its durability determines what piece of clothing Martin will create.

“It’s almost like it evaporates.We’re never going to have it again,” Martin points to the many collected fabrics. “It just makes it a new experience every time. It’s not like we make the same thing over and over and I know what fabric is coming.”

For Martin, upcycling is both an acknowledgment of how unique and finite resources can be while also allowing the individual to express themselves.

“I would say there’s this expressiveness in the overalls and the pieces that’s really hard to find in other brands,” Martin said. “There’s something about it that’s so small, it’s kind of like finding a blues bar in a really touristy city that’s underground and nobody knows about it. Nobody is going to have the same pair that you have.”

Although I can’t come close to the ingenuity of Atrévete overalls, I decided to try several projects that upcycled items I already had in my home. 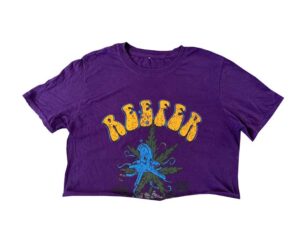 Clothing can take on a whole new meaning even with something as simple as cutting an old t-shirt. While wearing the shirt, measure where on your body you’d like it to fall. I like to cut t-shirts off right under the graphic. Once measured and marked slightly below where you’d like the new shirt to be cut, use fabric scissors to cut the bottom of the fabric off. Cut off any jagged edges of the new shirt and roll the edge for a finished look. 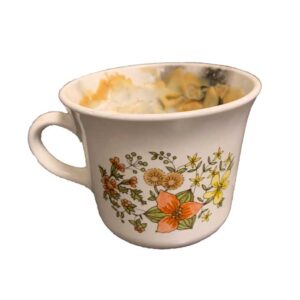 Find a mug you enjoy and turn it into a candle. Place a small pot in a larger pot of water and melt the wax. The wax can be collected from old candles. Keep the temperature low on the wax to prevent inversion. Once melted down, attach a wick to the bottom of a mug and pour the wax into the mug, while holding the wick still and upright. After it’s cooled, you’ll have a new candle to burn. 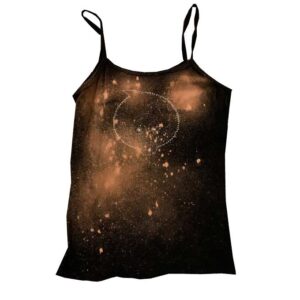 Pick out a dark cotton piece of clothing needing a revamp. Wet the clothing and scrunch into a ball, secured with rubber bands. Wearing gloves combine two cups of bleach with two cups of water in a spray bottle and spray it onto the clothing. After spraying, it’s best to wash it by itself and you will have a new-looking shirt with a fun splatter pattern.

Fill an old washed olive oil container with baking soda. Add 20 drops of citrus essential oil and shake to mix. Shake the mixture over a carpet and vacuum for a fresh look. 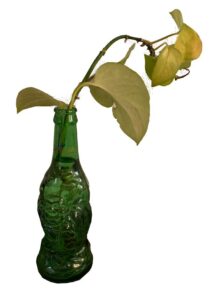 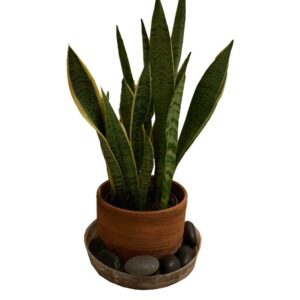 Many houseplants, like Pothos, can be propagated into new plants with just a cutting. Use an old glass filled with water to start growing a new plant cut from a plant you already own.

If all else fails, a trip to the thrift store or a local antique store is also a great way to upcycle items already in the world. 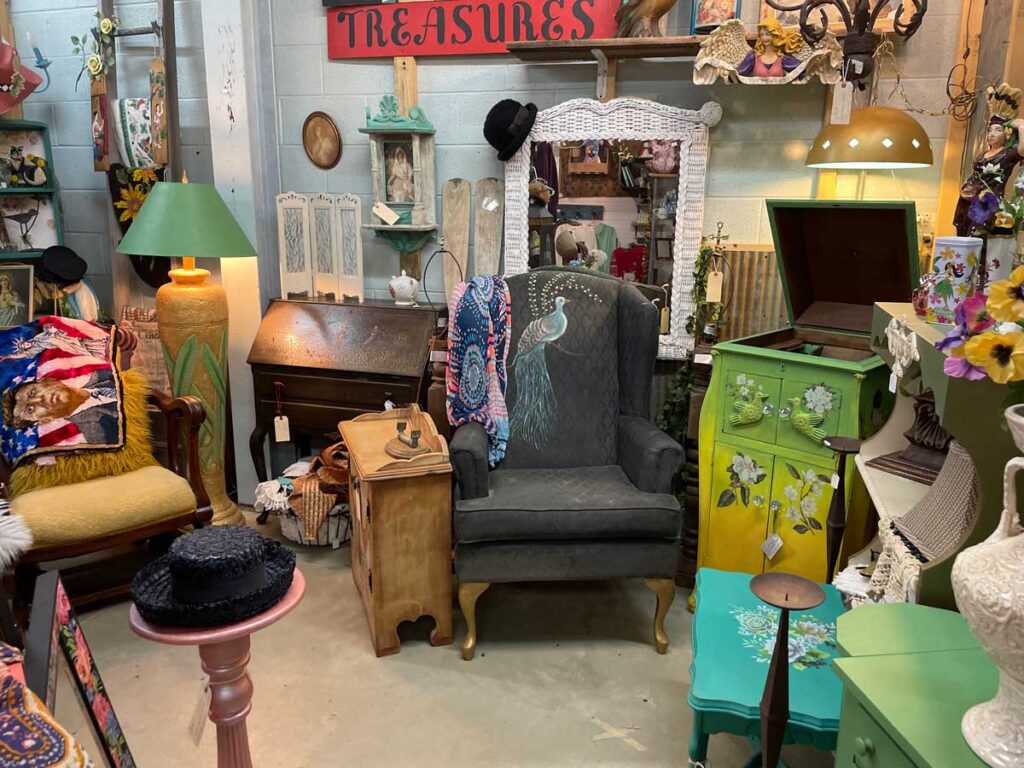 Lafayette Flea sells a variety of items from kitchenware to furniture. Photo courtesy of John Smidt.

John Smidt is the new owner of Lafayette Flea. Before becoming the owner, Smidt ran a property management business for 20 years. Through handling items that renters left at his properties, Smidt developed an eye for salvaging and reselling.

“I like to refurbish stuff, I don’t like things going in the landfill,” Smidt said. “It’s been really fun seeing all the stuff being repurposed and refurbished. Our parents always say it, and I always say it, that the old stuff is usually made better than the new.”

The 160 vendors selling items at Lafayette Flea bring unique pieces from the community. Some upcycle pieces from thrift stores and estate sales by performing upgrades like sanding and painting old furniture. 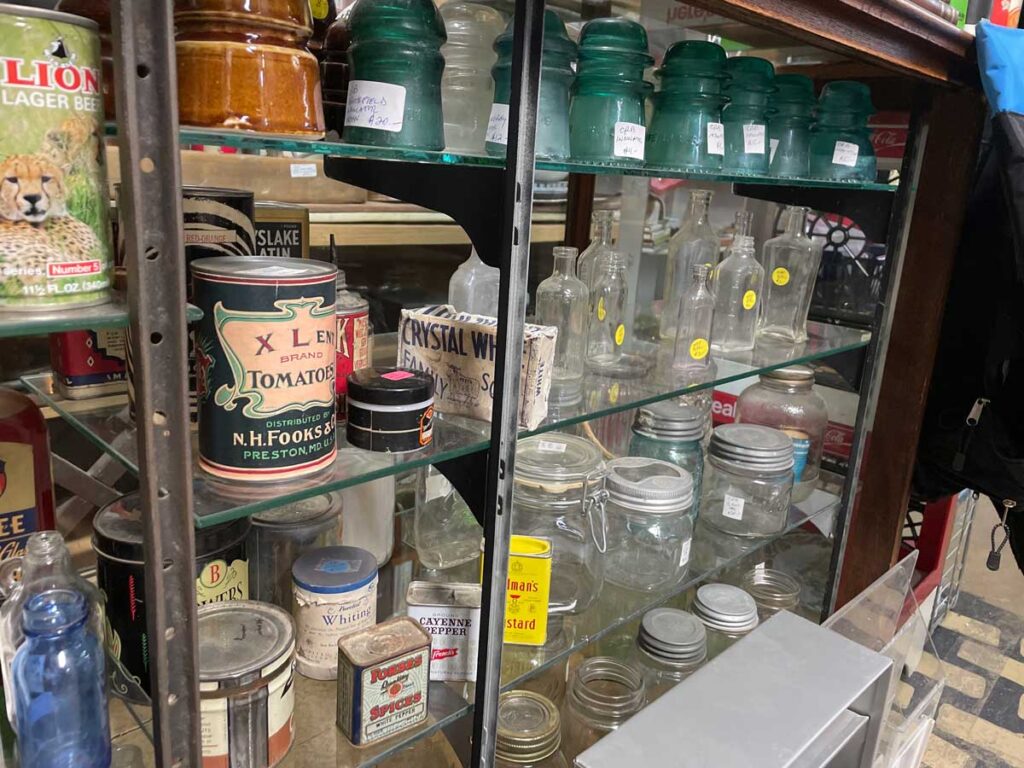 A selection of antique glass containers sold at the Lafayette Flea. Photo courtesy of John Smidt.

“It’s better to spend a little bit more on something that will last ten years as opposed to the Ikea concept, which is buy it and use it one time and when you’re done with it throw it away,” Smidt said. “It’s been a pleasure to work with all our vendors and see what they do.”

Some customers spend five to six hours looking around the shop or hanging out with the shop’s mouser, Bo.

Smidt points to the way his mother’s generation lives. Things were made better back then. Smidt sees thrifting used pieces as a way to get quality items that will last longer.

“It would be nice to see that concept come back into play,” Smidt said. “There’s just so much waste in our society, it’s disappointing. Maybe we can change that a little bit.”

Whether it’s supporting a local business that’s dedicated to using upcycled goods, or finding items that already exist in your home or in the community, with upcycling comes a sense of individualism and adventure. 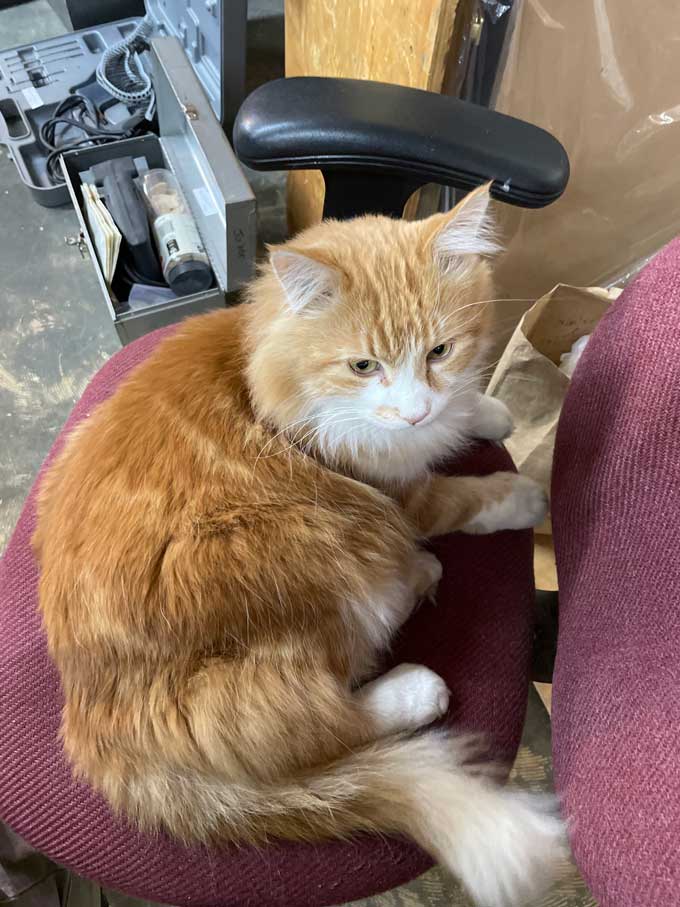 Bo the shop cat hangs out at the Lafayette Flea, located near downtown Lafayette. Photo courtesy of John Smidt.