Anger pours through my entire being. In 2014 I had never been to a protest. Then Michael Brown was murdered, and I knew what I was watching on TV was not the whole truth. So I drove to Ferguson and reported on what I saw in the community-all the facts. It was NOT as major media was reporting it.

In 2020, I spent the entire summer covering the George Floyd protests. I watched as police officers teargassed homeless camps, brutalized protestors, and was tear-gassed myself.

I was filming in Aurora for an Elijah McClain march when a jeep tried to run us over (some people have stated they believe the Aurora PD let onto the freeway). I have written countless articles chronicling police abuse. I was part of helping create a nonprofit in my community, called Being Better Neighbors as a result.

Colorado passed SB20-217-Enhance Law Enforcement Integrity Bill. Which got rid of Qualified Immunity. Officers can now be individually sued. Denver added the Star Program, which has been so successful it is being expanded and replicated across the country.

In spite of all this “progress”, last year Christian Glass was sitting in his car experiencing a mental health crisis, and the police brutally murdered him. Today, LAPD did what police have been doing for far too long and tased Keenan Anderson to death—for crying for help. They tased him to death for a traffic accident and having a mental health crisis.

In many ways, I am merely an observer. I have not had to live with worrying about my child being followed by police walking home, nor have I had to have “The Talk” with him. I am a white, middle-class woman. Which is all the more reason this work can not stop. As an individual and a publisher, I will keep fighting to change this ugly system. My feeling of our nation making progress is a state of privilege. EVERY child should have the right to walk home from school without being followed by the police.

And no one should ever be murdered at the hands of police for being black, having a mental health crisis, or walking down the street.

This is lifetime work. It is never done. This can not be forgotten, and progress is when people stop dying at the hands of the police. 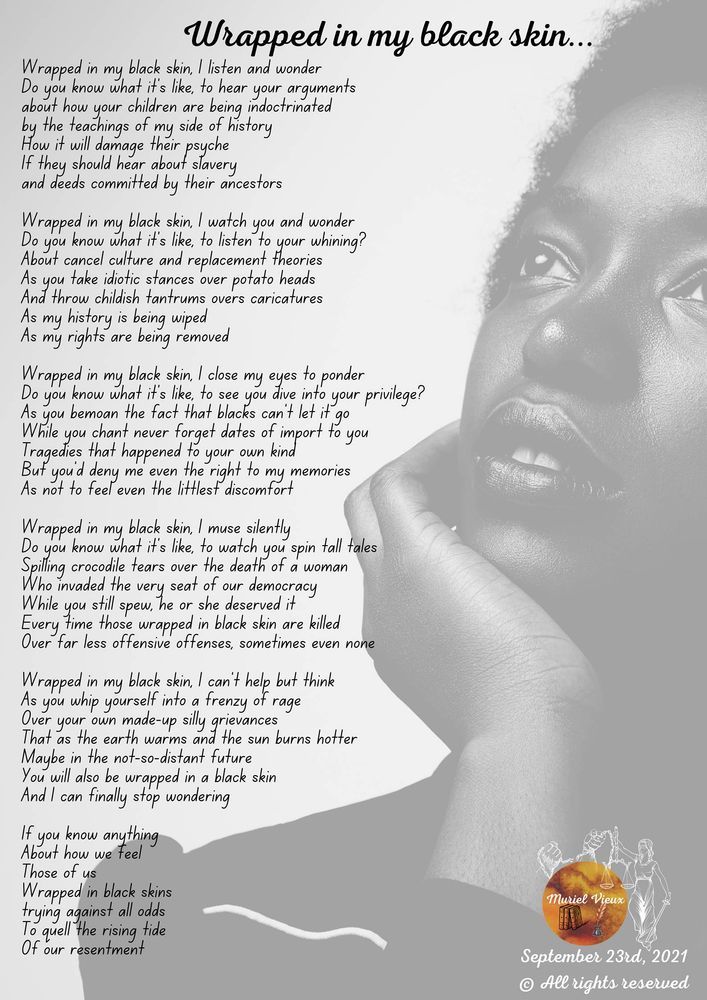 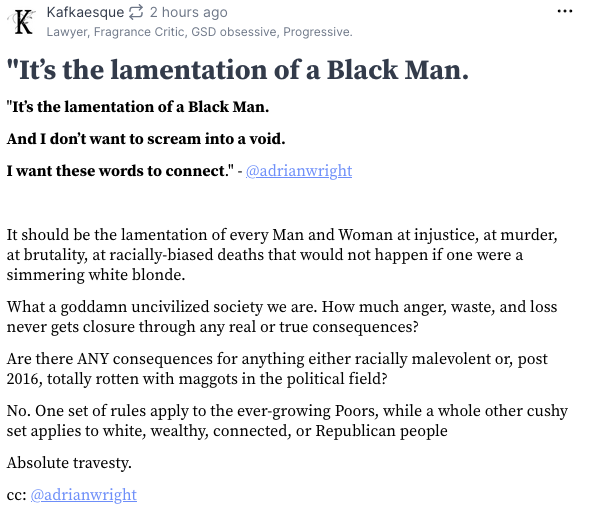 It’s the lamentation of a Black Man
Kafkaesque