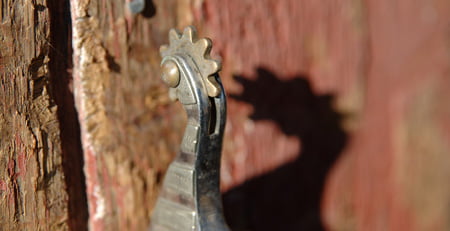 There’s just a certain charm you feel when walking into Waterloo on Main Street in Louisville. It’s Austin, Texas, hospitality meets sleepy Louisville for a night out. There’s the obvious musical influence (the Mike Ness autographed guitar near the door is awesome) and a neighborhood buzz that resonates off the brick walls. It’s a tasteful bar that brings the town together during happy hour yet has enough of an edge to keep the party going late into the night.

Billiards
• CRITICS AND READERS: Dillinger’s Food and Spirits, Lafayette
Sure, they named it after a great American bank robber, but they put up with funny business about as much as Eliot Ness did during Prohibition. Fortunately Prohibition is long past. You can get a cold one and a great game of pool at Dillinger’s along with some tasty snacks such as fajitas. It may not be fancy, but beer just tastes better at Dillinger’s when you’re shooting some stick.

Bloody Mary
• CRITICS: Broadlands Golf Course, Broomfield
It’s likely non-golfers are missing out on the Broadlands’ Bloody. Those who hack their way through a round every once in awhile know a little secret. The bloody from the clubhouse bar (not necessarily the cart girl) is the best in town. Just the right amount of spice is added to a usually potent morning drink. It’ll give you the perfect amount of
early buzz that will make those first few slices that much easier to accept.
• READERS: Runway Grill, Broomfield

Brewery
• CRITICS: Left Hand Brewing Company, Longmont
Let’s just say you can taste the love in any of Left Hand’s brews. Stop by the tasting room for a lively happy hour, and it’s a safe bet you can find an employee who can describe just about every element of the beers they serve (Milk Stout, Sawtooth Ale, Black Jack Porter are some faves). But the bartenders and brewers are far from snobs. They enjoy drinking the beer as much as talking about it—an attitude that rubs off. Consider your trip to Left Hand an educational experience.
• READERS: Pumphouse Brewery, Longmont

Dive Bar
• CRITICS: Jerry D’s, Dacono
Jerry D’s is a downright legend in these parts and they way he runs the bar is the reason. On any given Sunday you can find the place packed with Harley riders of all walks, hanging out in the immense backyard complete with Bocci ball and Jerry blowing his trumpet to call out Blue light specials. Occasionally on any given Saturday night you just might find Jerry and the crowd photo ready for the famous “Wall of Shame.” Real regulars get the special invite to join in on the Jerry D Classic, a legendary all-day party.
• READERS: Kabbu, Erie

Girls Night Out
• CRITICS AND READERS: Tusk Safari Lounge, Prospect, Longmont
The monosyllabic club scene has finally pushed north into our precious suburbs. Owner Bradley Steyn has built himself a trendy bar with a kick of his South African homeland. But for a girls’ night, all you need to know is there’ll be music to dance to, a reason to get dolled up and all sorts of colorful drinks that can be served out of a glass or an authentic calabash cup used by African Bushmen.

Guys Night Out
• CRITICS: Wits End Comedy Club, Westminster
Dirty jokes and double cheeseburgers—what else do you need when you’re out with the guys? How about a few servings of Butt Crack Ale and a pretty darn good comic that you may not have heard of? National caliber comedians make frequent stops to this hidden club, and you and the guys can see it all without paying the top price.
• READERS: The Bustop, Boulder

Happy Hour
• CRITICS: Stiletto Night, Fusion, Longmont
Forget that Fusion’s happy hour lasts six hours. That’s notable. But you may not even mention that after seeing the women strut into the Radisson’s restaurant in stripper-height stilettos. For every one inch of heel after the two-inch mark, the bar knocks off a dollar on Wednesdays from each martini. After a few hours, it turns into a sport to see who can last the longest after getting six bucks off three separate martinis for wearing four-inch heels.
• READERS: Runway Grill, Broomfield

Place to Drink Whiskey
• CRITICS: Miner’s Tavern, Erie
With new development popping up all around Erie, its residents are taking on a decidedly yuppie look. That doesn’t mean its old-school mining heritage is lost. Although you won’t run into active miners, you’ll get the feeling that it wasn’t long ago they were there, washing down a coughing black lung with some 10-high.
• READERS: Greenbriar Inn, Boulder

Place to Hobnob with a Martini
• CRITICS: Ciao Bar, Lafayette
A martini bar is not made by its drinks so much as the atmosphere it creates. The rich, warm colors of the reddish walls and plush leather couches make for an inviting evening. Stop off for happy hour and mingle with the Lafayette professionals on their way home from work. Take in the tasteful art with an eye toward Italy while sipping on a pomegranate martini. You’ll almost forget that you live in a subdivision just a mile away.
• READERS: Martini’s Bistro, Longmont

Margarita
• CRITICS: Casa Alvarez, Lafayette
Go for the top shelf. Avoid the Cuervo Gold. It’ll be worth the few extra bucks you shell out. The Herradura Reposado is awesome, using the tequila its named after that is aged nearly a year before being bottled. It’ll have you searching Frontier Airlines’ website (Casa offers free wireless) for the first direct flight to Cancun.
• READERS: 3 Margaritas, Broomfield, Longmont, Louisville

Sports Bar
• CRITICS AND READERS: Red Zone, Longmont
The stats are impressive: 8,000 square feet, 15 flat screens, all the necessary satellite sports packages and multiple pool tables. That in itself makes the Red Zone a great sports bar perfect for watching the Broncos or Avs. What sets it apart is the fact that the Red Zone is simply an expansion of the Pumphouse Brewery, meaning you’ll be drinking the freshest beer when John Elway hobbles out of retirement and leads the Broncos to another Super Bowl victory.

Swank Bar
• CRITICS: The Empire Restaurant, Louisville
Yes, Empire is a restaurant first and foremost.
But one cannot overlook the comfy lounge
setting across from the bar and the trendy atmosphere the months-old eatery exudes. Nibble on some of the snacks while sipping on martinis, infused bourbons and other high-end drinks. Happy hour bustles, and it’s turned into a great after dinner stop for those wishing to look cool in a
small-town setting.
• READERS: Tusk Safari Lounge, Prospect, Longmont