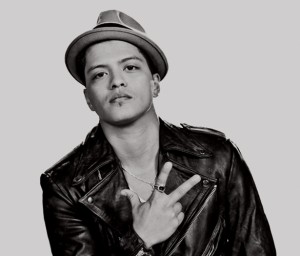 Bruno Mars’ 20-year-long overnight success story is a fascinating legend. The Hawaii-born (given name: Peter Hernandez) composer got his start as a musical impersonator, sending up Elvis and Michael Jackson before he was old enough to shave. From there, he established his industry cred writing songs for Flo Rida, Brandy and Travis McCoy, before becoming one of the most popular solo artists in the last couple of decades; he also collaborated on Cee-Lo Green’s breakout 2010 hit, “F*ck You.” He’s still touring on his debut solo album from last year, Earth to Mars, Doo-Wops and Hooligans. May 29, 7:30pm, 1stBank Center, 11450 Broomfield Lane, Broomfield, 303.410.8497

Through time, man developed ways to recognize the coming of summer. The release of blockbuster movies, increases sales of suntan lotion, crappy TV re-runs. Erie has also developed its own means of saying, “summer is here!” The Erie Town Fair. This 15th anniversary celebration has hot air balloons, live music, food and activities for the kids; there isn’t a finer family friendly way to welcome summertime, unless it stars Will Smith. May 21, 6am, downtown Erie (the balloon launch held at Erie Municipal Airport), 303.828.3440

If you didn’t kick off the summer last weekend at the Erie Town Fair, you’ve got a chance this Memorial Day weekend with the Boulder Creek Festival, a three-day bash filled with bands, booths, foods, health alternatives and tasty eats…all of which are a distinctly Boulder flavor. And it all culminates with the single greatest rubber duck race in the history of the entire Boulder Valley. It’s also the Bolder Boulder, which means you will definitely not find a parking spot. May 28-30, Boulder Creek in downtown Boulder. 303.910.2236

Bruce Cockburn has been blending some of the best parts of Nick Drake, Bob Dylan and Leonard Cohen for decades. That the Canadian-bred singer-songwriter’s approach of lilting melodies, poetic lyrics and lush harmonies hasn’t brought him more success in the States is more a testament to his artistic integrity than it is a slight against his commercial viability. Either way, Cockburn’s Yoda-like virtuosity remains beloved. May 27, 8pm, Chautauqua, 900 Baseline Rd., Boulder, 303.442.3282

It’s summer, and you know what that means. Time for grilling gadgets!

1) Golden Grill: Cleaning your grill is a pain. Doing it with a motorized grill brush is fun. $20 bit.ly/grillbrush

2) My Grill: Protecting your brand as a griller is important. How else can you triumph over Flanders? $17.45 amzn.to/grillbrand

3) Glamour Grill: There’s no better way to impale meat than with a flexible skewer. $11.89 amzn.to/flexskewer

4) Grill Next Door: Eighteen pieces of stainless steel grilling awesomeness in its own carrying case. $29.99 amzn.to/stainlesskit

5) Grill Crazy: Grilling corn in its own husk is for barbarians. $14.95 bit.ly/cornbasket