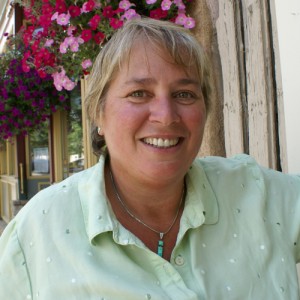 Ronda Grassi is ready for anything. The more you talk to the woman, the more you realize she thinks in solutions, in synergy, in strategy. She’s a mover and shaker and a community leader, and she sees potential in municipalities like teachers see potential in their little ones.

Should a town be anything other than thriving, connected and self-assured? Not if Ronda Grassi is around. She’s the embodiment of community spirit—and we say that with very little sycophancy. As a member of the Louisville Downtown Business Association, she’s been part of the wave of energy that has grown the Louisville Street Faire into something spectacular and Louisville into something enviable. As an Erie resident and recently elected town trustee, she’s among the new blood hoping to build town cohesion. And as a 30-year Boulder County resident, she’s put her mark on her adopted home.

“I think that living here you gain this connection with your community. The area really just makes you care about what happens,” Grassi said, sitting in her downtown Louisville office. Her 8-year-old son draws with markers in the other room and listens to his mom’s stories of Louisville pre-Money Magazine rankings and Erie pre-paved streets.

During our conversation with Grassi, she bragged often about her peers’ vision and energy, but here, we focus on how she sees it:

Grassi moved to Colorado from New Jersey in 1980 to study biology at CU. “Colorado sounded like a cool place. At the time, Mork & Mindy was really popular,” Grassi said with a laugh. While she didn’t stay at CU long, she did opt to lay down roots in Boulder County, eventually moving to Louisville in 1987. “I looked for a condo all over Boulder, but there was this issue with parking. There was really no parking. I hated that.”

“I moved to Erie in 1999. I went out to a neighborhood called Arapahoe Ridge, and there was this great pool and club house. And I knew right away, I wanted to raise a family here.”

“Erie is more than 125 years old. It started out with this core, but then when it grew, it expanded too far away from that core. Now the people in those outer developments (like Vista Ridge and even her own Arapahoe Ridge) don’t feel as connected to their community,” she said. Grassi and other city leaders are setting up mechanisms to spur unity: history talks and HOA softball tournaments.

“When we used to go up to Flagstaff, you would look out and see Boulder, and past that to the east, it was really nothing. You could see Longmont but not really too much else. It just looked dark and empty between the cities. It’s not what you see when you go up there today.”

“When I came to Louisville I didn’t really know that old town existed. I mean, the Rec Center wasn’t here. The town was just starting to grow.”

On how Colorado has affected her: “I’m much more aware of the environment. I have a Jeep that we can take the top off of. I just love to drive around and see just everything around you. I really just get happy because there is so much beauty.

When you are surrounded by this, you realize how lucky you are.”

On the Louisville Street Faire: The members of the Louisville DBA, including Grassi, started the weekly event. It was a sleepy farmers market until they moved it to Friday night and added bands. In 2003, they overhauled the Steinbaugh Pavilion and moved in. “It wasn’t til 2006 that we saw a big change. All of a sudden the public caught on. It was around for years and people finally realized, ‘Wow, this place is rocking,’” Grassi said. “…Now, you can’t walk across the street without people asking you if you are going to the fair. We have this block party feel to it.”

On her town: “I think Erie is a flower ready to blossom.” She lists the airport, the Colorado National Golf Course, a possible hotel, the new athletic fields and new businesses as proof that the East County bedroom community is no longer lost in the shadow of its surrounding towns.