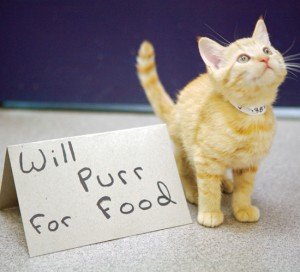 “If you build it, they will come” is rarely better epitomized than at animal rescue facilities.

So when PetSmart Charities built an adoption center in Westminster’s PetSmart, the Humane Society of Boulder Valley came…with more than 280 adoptions—244 dogs, 36 cats—since its July 9 opening.

Humane Society of Boulder Valley is the only shelter in a 12-hour radius that accepts pets from overpopulated facilities, which includes roughly 55 shelters. It can do so because it boasts a 91 percent adoption rate, said CEO Lisa Pedersen. The Humane Society of Boulder Valley pumped out roughly 6,200 adoptions last year, Pedersen said, working with trainers and behavior specialists on everything from handling unsocialized dogs to litterbox training to provide the best life possible for each pet.

“Because we’ve had such a successful adoption program, it is a really natural fit,” she said. “One of the things we wanted to expand was our ability to service Broomfield County and east Boulder County, so we saw it as a great opportunity for us to get more animals into those service areas and, inevitably, what that will mean is we can save more lives.”

PetSmart Charities shoulders the $150,000 to $200,000 cost of building PetSmart’s Humane-Society staffed adoption centers, said PetSmart Charities communications manager Michelle Thompson. Partners such as Humane Society of Boulder Valley then staff the facilities. PetSmart stores charge these rescue groups no rent to operate within the facilities, she said. PetSmart opened its first enhanced adoption center in May of 2010 in Fort Worth, Texas, and five others since, including the Westminster location, she said.

“It was something we needed to do to help more pets find homes,” Thompson said.

Instead of having to transport animals from Humane Society of Boulder Valley to PetSmart, the adoption center provides a 24/7 location to keep animals until they are adopted, effectively opening up space at the Humane Society, Pedersen said.

Thompson said they expect to see 1,300 cats and dogs adopted from the facilities per year at about 25 per week. Thus far, it’s been more like 40 per week, Pedersen said.

Beth Skinner, a real estate agent who volunteers at the center on Mondays and Wednesdays, said she’s amazed at how quickly the animals at the new facility are adopted.

“Most of that entire crew that was there on a given Wednesday has been adopted out by the next Monday,” she said.

Having a facility in Westminster, 30 to 45 minutes away from Humane Society of Boulder Valley, opens up adoption opportunities tremendously, she said.

“People have an opportunity to adopt from the Boulder Humane Society, but don’t have to go clear into Boulder to do it,” Skinner said.

She said she loves helping the mix of dogs, from puppies to an 8-year-old lab mix that was adopted recently.

“Whatever you’re looking for, I’m pretty sure they have it,” she said. “It’s just been a fantastic experience, totally different from my day job. The animals just totally give back to me. I don’t see it as me giving something to the animals or to the shelter, they’re giving something to me. It’s so much fun.”