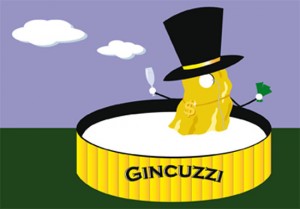 The Lafayette maker of DrunkenRaisins—raisins soaked in gin as a home remedy for arthritis—faces financial pressure from the rising cost of grapes, and Boulder police arrested Summit County resident Michael Clark for the 1994 cold-case murder of Marty Grisham, who was the city’s director of information services. A Lafayette woman was burned when a bomb exploded near her car; police found “a substantial amount of evidence” linking the explosive to her ex-husband. Colorado medical marijuana dispensaries were put on notice by the U.S. Attorney of a pending crackdown on businesses that are located within 1,000 feet of a school, and Boulder Public Library’s new director fired a children’s story-time reader who’d volunteered at the library for 50 years; director Valerie Maginnis reported an onslaught of hate mail. “Some of the email was very violent and profane in nature,” she told the Daily Camera. Longmont cops arrested a woman for “conspiracy to commit stalking,” a diabetic man was indicted by a grand jury on charges that he raped a woman after drugging her with insulin, and high school football star Yuri Wright—famous for his vulgar tweets—committed to CU. Nederland’s “Frozen Dead Guy Days” will remain a morbidly fun institution after the festival was sold from the Chamber of Commerce to town resident Amanda MacDonald.