Seven Questions with upcoming star of "Around the World in 80 Plates"French Davis
Published on: April 16th, 2012 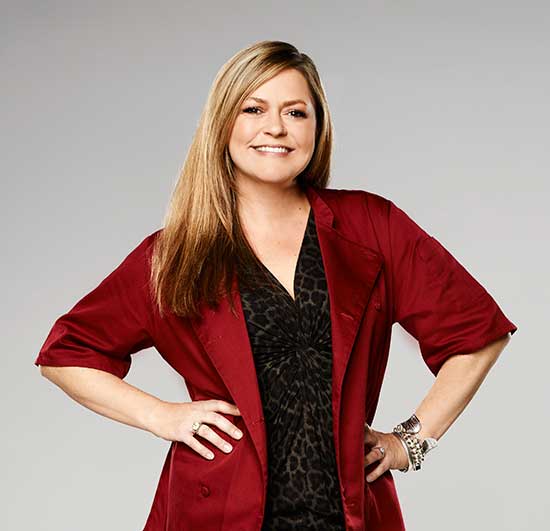 Colorado native Jenna Johansen is as much a staple of the local food scene as pork belly these days. The co-owner (and former executive chef) of Dish in Vail has an impressive resume, including corporate chef for Pappadeaux, executive chef at Ventura Grill and Ocotillo restaurants in South Denver, and is a Johnson and Wales grad. Jenna also happens to be one of the inaugural contestants on Bravo’s sure-to-be-a-breakout-hit show Around the World in 80 Plates, which blends all the best parts of the Amazing Race and Top Chef. Here, she talks about per passion for swine, avoiding the pit falls of ego, and just plain falling…

French Davis: How did you stumble into cooking?

Jenna Johansen: I wouldn’t say I stumbled. I have been interested in cooking since my days at Fairview High School. I have worked in almost every facet of the food service industry, including living abroad, and been passionate about food ever since. I have always known that I wanted to be a chef.

FD: How did you get involved in Around the World in 80 Plates?

JJ: People have been telling me for years that I should go on Top Chef. When this opportunity came around, I jumped at it. It was perfect for me…world travel, adventure and cooking. What an amazing chance to be on the first season!

FD: How is this show different from other reality/competition cooking shows?

JJ: This show is a great combination of all the favorite things you find on your favorite shows. There is the adventure of the Amazing Race, the cooking challenges of Top Chef, and the vote-off drama of Survivor. This is certain to be a winner.  I can’t wait to watch it.

FD: What’s the story behind your epic fall on the premier?

JJ: It happened so quickly, I wasn’t even sure it was caught on film. I am surprised it ended up on the teaser commercial. Just think about the streets you may have seen in other parts of the world…cobblestones, dirt, rocks and certainly not all perfectly paved. Imagine running on them…in chef clogs. I sprained both my ankles in one strong fall.  If you watch it in slow motion, you’ll get an idea of how much it hurt.

FD: What should we be on the lookout for in this series? Any behind-the-scenes secrets you can divulge?

JJ: Although there is the action and drama of other chef shows, in this one, you’ll see some real-life cooking. We were in real restaurant kitchens in countries where we often didn’t speak the language or even know what equipment or conditions we’d have until we arrived. Sometimes, we didn’t have the option of a hand sink. …So let’s say you’ll see more real cooking of the local foods and less foams and molecular gastronomy.

FD: Who are some of your biggest influences as a chef? Why?

JJ: I’m in love with female chefs who celebrate ingredients and technique more than showy pizzazz. Julia Child, Suzanne Goin, and so many other women who have paved and continue to pave the way.

FD: What do you think about the culinary scene in Colorado?

JJ: People say it has blown up last year, but I think it has been the last five years or so. We are blessed with some outstanding chefs from Denver all the way up to the mountains. …We have sophisticated diners and people who really know food here. Plus, we’ve got a pretty amazing backdrop.