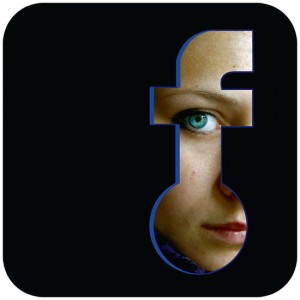 “I don’t have anything to hide.”
I’ve heard that said more times than I care to count in the last decade or so. The politics of fear that have permeated American culture since 9/11 gave rise to the argument that only the guilty need their privacy; the rest of us should have no fear living open, public lives.
Wiretapping, TSA sexual assaults pat-downs, and a constant steady stream of live video of every street corner of our cities has quietly walked us into a giant sheep paddock where we’re happily willing to give our wool, just so long as Farmer Sam keeps those brown
coyotes away.
And now, the shift from government control to corporate control has begun. Recently, news broke that more and more employers are making turning over your Facebook password a condition of employment. To a young generation accustomed to living their lives online in a very public way, it may actually not be as big of a deal as it sounds.
…But to the rest of us it’s an unconscionable abuse of position and power, exacerbated because of the state of the economy. Employers are already in a catbird seat for so many people who are so desperate to work that they’ll have no choice but to acquiesce to such a demand, rather than take what should be a fairly straightforward, principled stand.
Say. No.
If you say yes to this, you’re not only hurting yourself, but you’re opening the door to private information entrusted to you by your entire social network. You know Jason? That guy with only 32 friends on his list who pretty much only talks to you? Yeah, you’re giving access to everything he’s shared with you to your new manager at Initech. Or your secret message room with your buddies where you all commiserate about your marriage woes. Maybe you’re cool with Mr. Sprocket knowing about it all, but what if your buddy Nick isn’t so keen? Or maybe, just maybe, Nick’s wife happens to be friends with Mr. Sprocket’s wife. Uh-oh.
The right to privacy has had a fluid definition in our society. Since it’s not expressly enumerated in the Constitution, we’ve been forced to address it with Supreme Court precedents weighed against the prevailing sentiment and technologies of the day.
Well, we now live in a world where data is the financial standard, and Facebook is the world bank. We already give our employers access to our bank accounts, our credit histories and our medical records. Why should we open up our personal thoughts to scrutiny, or worse yet, why should we be expected to betray the trust of all of our friends in one fell swoop?
“I have nothing to hide,” is the way prospective employees rationalize giving away access to their private worlds. Perhaps that’s true. But are you positive that none of your friends have something to hide as well?
Maybe you should at least ask them first.