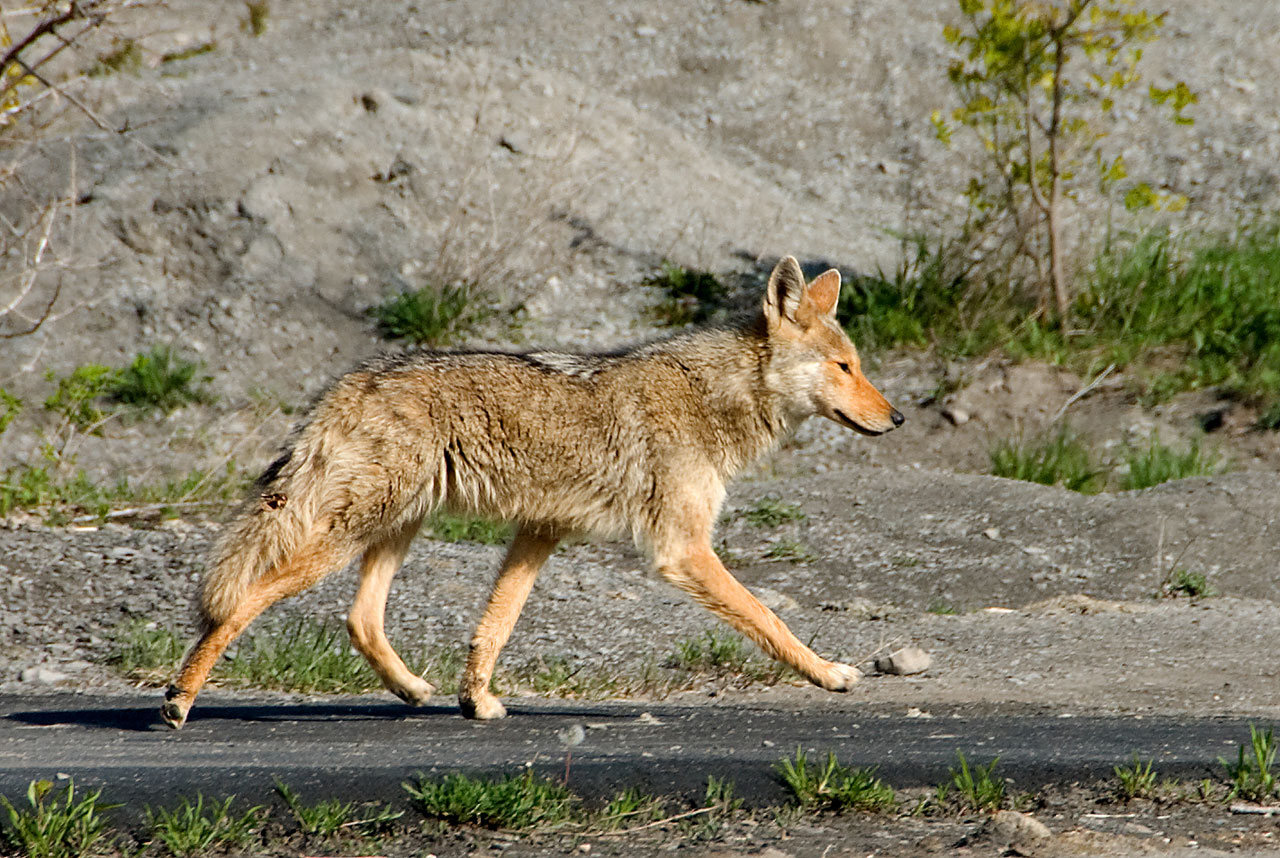 Coyotes, am I right? “The apocalypse is upon us”, says one facebooker in Erie. A Facebook search for coyotes will bring up story after story about the plight of humans surrounded by snarling predators, the sheer unhinged brutality of wild beast encountering backyard dog or unleashed pet, pet doors and fences be damned. It sounds like a crisis, but the reality is not so extreme.

We did a city-by-city search for public Facebook posts mentioning “coyote,” searching specific mentions of firsthand sightings or attacks. We documented our findings, comparing these to publicly available data from Colorado Park and Wildlife with a check in to Boulder County Public Health. We also listened to locals who are, rightfully, very invested in the matter. Here’s what we found.

We can debate the safest, most pet-friendly ways to live with wild and predatory populations. We cannot and should not unilaterally, vis-a-vis anecdotal evidence, demand extermination of species. “Anyone else with pets feel like we are living in an M. Night Shyamalan movie lately with the coyote problem? Being afraid of the creatures that lurk in the dark? Unseen until it is too late?” K.S., from Erie posted on Facebook. Fear appears to be the greatest issue, aided and abetted by a web savvy, geographically specific populace, that shares every sighting, appearance, and unexplained event in terrified detail.

Some locals are adamantly against fear mongering. M.C. tell us, “I, for one in Erie Commons, would NOT want to see any additional press on the coyotes in Erie. This will have a long term detrimental effect in the community for reporting on a short term problem.” Citing concerns over negatively affected “property investments by using the experiences of just a few” and blowing the situation out of proportion, M.C. reminds us: “We all moved into the coyote’s habitat, they did not invade ours.”

Colorado Parks and Wildlife’s coyote facts page says, “Perhaps no other wild animal has endured the wrath of humans while evoking such genuine heartfelt admiration quite like the coyote. Some people curse their existence; Native Americans consider them to be the smartest animal on earth, calling them ‘God’s dog’; and many urbanites revel in opportunities to see and hear these vocal predators.” Many of those urbanites turned to Colorado country living over the last few decades, with Boulder County exploding from a paltry 189.6K residents in 1980 to nearly 300K resident in 2017. Many of these new neighbors didn’t grow up with truly native, wild animals who roam the fields abutting newly established developments and criss-cross road infrastructure laid over hunting grounds. 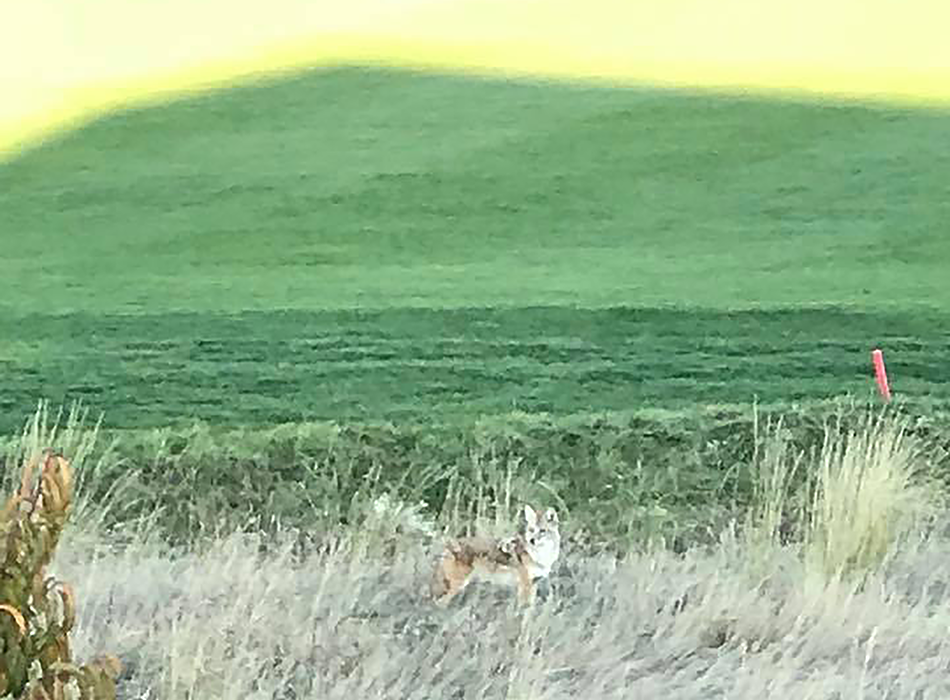 It’s important to note that claims of unnatural coyotes as fearless beasts are not coming from areas outside of Erie, despite sightings and attacks, which I will refer to as coyote predation. Posts about sightings and coyote predation from Lafayette, West to Boulder, and North to Niwot, where a 22-year old was injured by three coyotes hunting at dawn in 2013, according to CBS Denver, all avoid claims of unnaturalness or extra-normal violence. Which is to say, the zeal with which Erie-ites engage the topic is a concern. Inflaming a situation can have widespread consequences.

We’ve created a Google Map of coyote sightings and coyote predation incidents, for public viewing (see below). The data points are collected from publicly posted and community group posts on Facebook, as well as from stories sent in directly from a Yellow Scene Magazine Facebook post. This data is not rigorous, but a cursory review of anecdotal data. We only included specific, informed accounts of sightings or coyote predation. (Email editorial@ yellowscene.com with your first hand sighting and coyote predation stories and we’ll add it to our map. Info to include: Whether sighting or attack, basic story, date, location).

In 27 sighting and coyote predation incidents found on Facebook since 2013, as shown on the map we made, 24 are in Erie city limits. 10 were attacks. Of those, about half were secondhand accounts or hearsay. 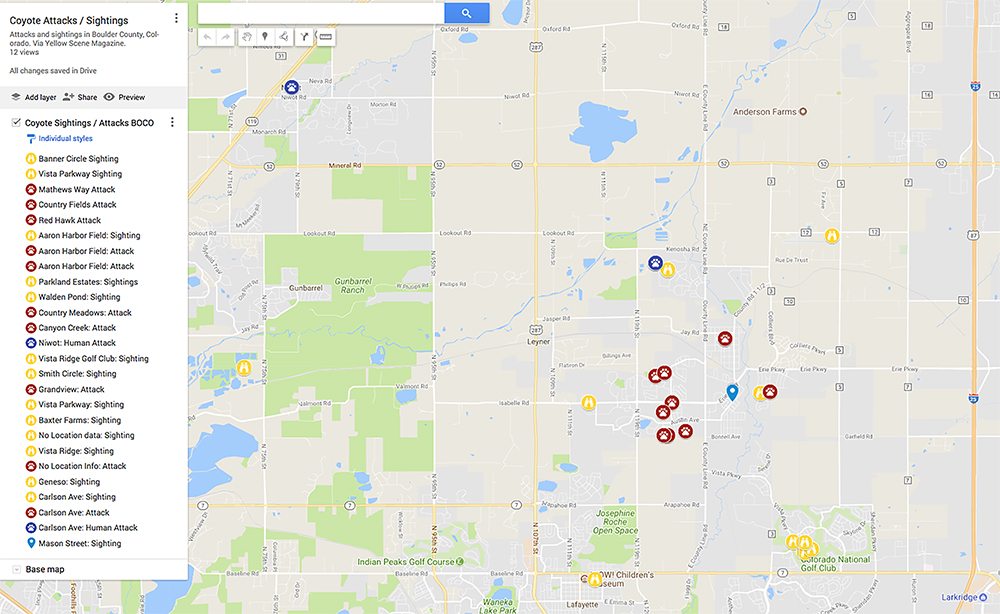 The coyotes are not rabid, despite the reports of unnatural or overly violent behavior. I checked with Carol McInnes of the Boulder County Public Health Environmental Health Division, about stats affecting community regarding coyotes. Her response is succinct:

“Thank you for your question regarding coyote attack data. We do not have records of animals that were not captured after an encounter with a domestic animal or human. Our records show that since 2012, in Boulder County, one coyote tested positive for rabies in 2014 and another coyote that tested negative in 2016. The positive coyote was not known to have interacted with any people or domestic animals.”

The preponderance of evidence indicates the coyote population we have is normal.

We also spoke to a fully licensed Weld County wildlife rehabilitator. His advice comes with a hint of exasperation:

“In reading so many comments pertaining to coyotes by local residents, so much misleading information is being spread by uneducated local residents in our area […] Comments about shooting them with pellet guns and other comments of cruelty are simply irresponsible. People moving to or living in our rural area are fortunate to be in an area surrounded by wildlife. They really don’t need to shoot, trap or kill anything, but they would benefit in learning to appreciate the many gifts that wildlife has to offer.” 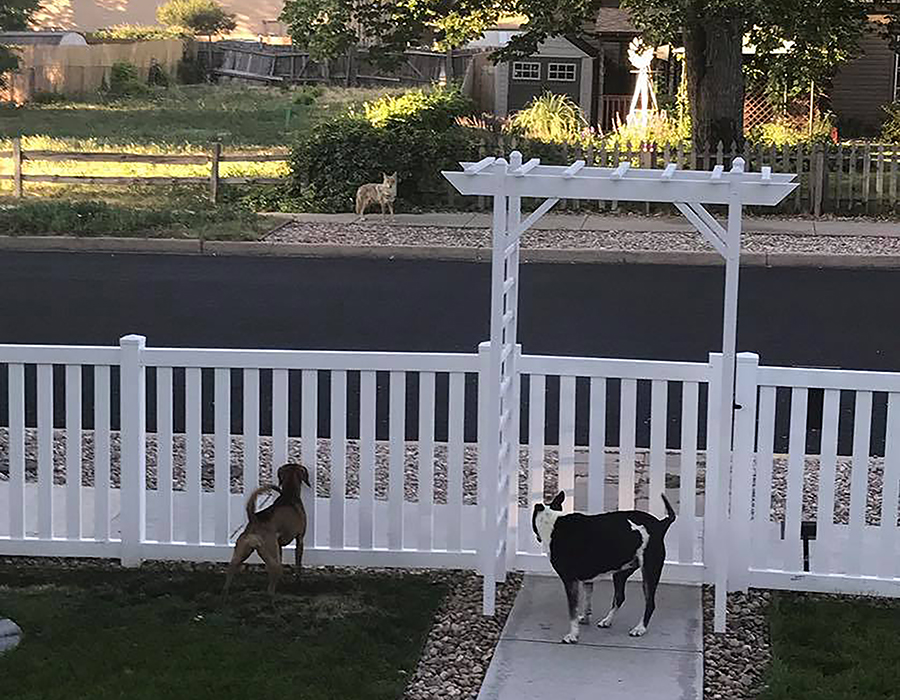 Knowing coyote (and general wildlife) behavior is critical to easing fears and being safe. Did you know that coyotes become more aggressive during the breeding season? CPW is seeking volunteers for a “Coyote Crew” in Erie to assist the District Wildlife Manager in educating community members on how to coexist with coyotes and to respond to situations involving coyote interactions with people.

Interested parties should have contacted kristin.cannon@state.co.us by Jan 8, 2018, but you’re welcome to show interest and see about future efforts.