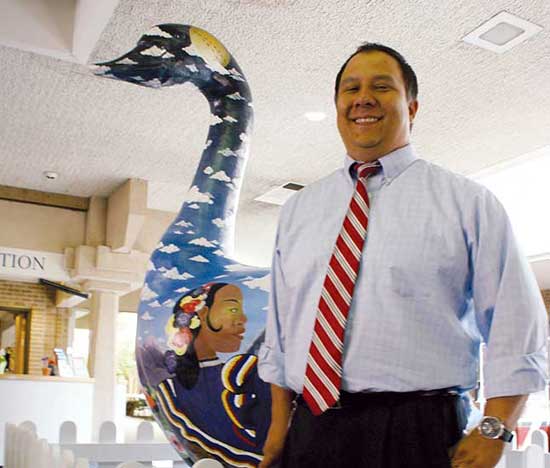 When the city of Longmont hired Harold Dominguez as its new city manager, the Dominguez family packed its bags and traveled from San Angelo, Texas, to Boulder County, joining the ranks of the area’s Texan ex-pats.

“Considering we had over 100 days of over 100-degree weather in San Angelo, I think we will enjoy it,” he said with a smile.

Dominguez moved into his office in early April after Gordon Pedrow, Longmont’s city manager for the past 18 years, retired. And he’s spent the last month absorbing the policies and politics and meeting the people
of Longmont.

We sat down with Dominguez to talk about his first few weeks in Longmont:

In his own words:

On tackling a new job: “You bring the depth and breadth of your experience from the past, but whatever we do has to fit Longmont.”

His philosophy: “I want to be open and inclusive. I want an organization that has a dynamic, nimble ability to take on any challenge, that has the flexibility to address issues as needed while focusing on the
core mission.”

On controversial issues: “The first thing you do is listen. You have to break those issues down and start analyzing, taking into account everyone’s perspective. Then you take the framework that you can work in, which is structured by laws, and you come up with what you feel is the best recommendation. In San Angelo, we didn’t have backyard chickens. We had roosters. We had to deal with various issues associated with dogs, and obviously water was a big issue. And you just respect everyone’s opinion.”

On the seasons: “I grew up in the Panhandle. We had the four seasons, so I like cold weather.
The kids were upset we didn’t move here when it snowed.”

On progress: “Now I’m listening and learning and getting a sense of where city council wants to go, where the residents want the city to go.”