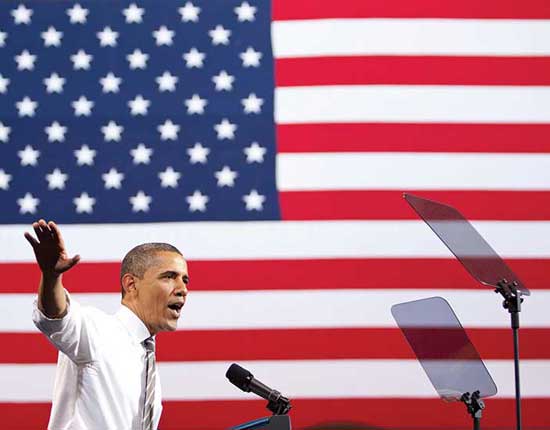 It seems it’s now officially the general presidential election. We’ve now seen a number of Republican candidates as well as the president and his wife make their presences known in the Centennial State.

Yes, it’s good to be a swing state. Colorado will increasingly see politicos and candidates in perfect stump mode. And we can thank our loyally disloyal independents for that.

The centrist think tank Third Way recently looked at party registration in key voting states, including Colorado, and found that the number of independent voters in the country continues to grow. In Colorado, the rate of growth for both registered Republicans and Democrats pales in comparison to the rise of independents. In Boulder, Weld and surrounding counties, the number of unaffiliated voters beats out at least one party, if not both. That basically means independents run the show here.

Obama won the state’s nine electoral votes in 2008, but Bush won in 2000 and 2004. As of April, the bipartisan consultants at Purple Strategies show Mitt Romney and President Obama in a tie for Colorado votes. Oh, ahem, a co-worker who is a Ron Paul superfan will not let me forget that the congressman is still in the race…so, this is me acknowledging that he is, in theory, still a part of this election. Needless to say, it’s gonna be an interesting five months. So, instead of gushing about campaign strategies or my own predictions, we’ve opted for a photo. Our photographer Rebecca Stumpf captured some terrific shots of Obama while he was in town recently. We hope to get some shots of Romney when he makes his way to our neck of the woods. Oh, yeah, and Ron Paul.