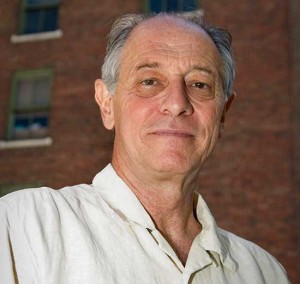 What do they all have in common? They’ve all been represented in court by attorney David Lane of the law firm Killmer, Lane & Newman, who has developed something of a reputation for being the go-to lawyer for some of the most unsavory clients in Colorado. To be sure, he’s represented plenty of sympathetic ones as well—Tim Masters, for example, who sued Larimer County and the city of Fort Collins, after he was wrongly convicted of murder; and Steven Howards, who was arrested for allegedly touching Vice President Dick Cheney while criticizing the war in Iraq.

But on the whole, Lane is known for representing the most polarizing and the least sympathetic defendants on a courtroom docket. He does it unapologetically—what he’s really defending, he said, are the principles and rights defined in the U.S. Constitution. And when those are at stake, it hardly matters how hated his clients may be.

What do you think it is about you and your firm that you attract clients that aren’t just controversial but also very high profile?

I think our firm takes a position that the real client that we represent is the Constitution of the United States of America. The only people who generally suffer from constitutional depravations at the hands of the government are people who are right on the edge of the envelope. I’ve said repeatedly that the most repressive regimes on Earth allow people to swap chocolate chip cookie recipes with their moms. It’s the people who engage in Constitutionally protected speech of a very controversial nature that need our help, because that’s when the government’s knee-jerk response is to repress.

You got a lot of hate mail during the Churchill case. How does that feel to you? Does that get tiring?

The endless streams of threats and hate mail just sort of roll off me. I take the position that when all is said and done, more will be said than done. You know, it just goes with the turf.

Is there anyone you’ve declined to represent because the client just wasn’t your kind of person?

How did that philosophy become so front and center for you?

My general philosophy is that if they can ignore the Constitutional rights of my most despised clients, then the government will be emboldened to ignore the Constitutional rights of my second most despised clients, then my third most despised clients and so on and so on. Government can do whatever they’re going to do. To me, the most dangerous entity on the planet is government that is unchecked. And my job, as I perceive it, is to control the government. That’s my only job, control the government. If they want to put my client to death, then I’m going to give them the fight of their lives before they can do it. Every Constitutional provision will be litigated. If they want to incarcerate my clients, we’ll fight them every step of the way to make sure that if they’re going to do it, they’re going to respect the Constitution. It’s true in civil rights cases also. I filed a lawsuit that stopped the state of Colorado from mandating that all public school children say the Pledge of Allegiance every morning. I got a lot of hate mail for that one. But we won, because the Constitution needs to be vindicated and I don’t care how unpopular my client is.

Do you have a case that stands out to you as one you’re particularly proud of?

I was lead counsel on a case down in Texas, a death penalty case, involving the state of Texas [verus] my mentally retarded client, Johnny Paul Penry. Penry had been taken through three death penalty trials, two of which were reversed by the U.S. Supreme Court. … He then had his third death penalty conviction reversed by the high court in Texas and was brought back for his fourth capital murder trial because Texas had so abysmally abused his Constitutional rights. I was his lawyer for the fourth retrial and I spent a great deal of time and effort to expose the corruption that existed in Polk County, Texas, surrounding his case and it ultimately resulted in a life sentence for Johnny Penry. I am extreme proud of the work I did in exposing all the corruption, or a great deal of corruption, that’s occurring in that little county in Texas.

But at the same time, you still take these less dramatic cases, like the one regarding the City of Boulder’s restraining order against Seth Brigham. You consider the smaller ones to be just as important as the bigger ones.

They are. The Constitution is the Constitution. Seth Brigham is having his Constitutional rights violated and I will do what I can to vindicate him. I just argued a case in the United States Supreme Court in March, a small little case, but it made it to the U.S. Supreme Court. It has big First Amendment principles involved. That was the case where my client walked up to Dick Cheney on the mall in Beaver Creek and said “I think your policies in Iraq are disgusting.” He then went to jail for his trouble. So we’re awaiting a decision from the U.S. Supreme Court on that case.

Let me just put it this way: My firm’s advertising budget is zero dollars. We don’t go out and solicit clients. They come to us.