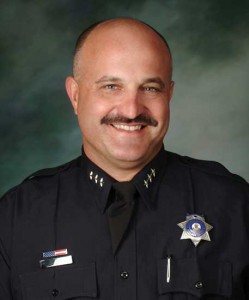 Bookended by historic blazes on the north and the south, Boulder’s Flagstaff Fire ignited on the same day that Colorado Springs’ Waldo Canyon fire exploded, eventually destroying more than 200 homes. Boulder County Sheriff Joe Pelle, the county’s fire warden responsible for tracking the fire danger index and requesting firefighting resources in the event of a wildfire, saw the potential for what happened in the Springs to happen in Boulder. The fire, he says, was “on top of the city of Boulder,” but many of the county’s fire crews were fighting other blazes. Here, he shares with YS some of the behind-the-scenes moments that he credits with keeping the fire less than 300 acres.

Yellow Scene: What’s the biggest difficulty in preparing for a wildfire during such a hot and dry season, when there are other huge fires burning elsewhere in the state?

Joe Pelle: One of the difficulties is that when you’re having a fire season such as the one we had, so many of our resources are gone. We have Boulder County fire engines and fire fighters in those other places. It’s one of the first things we’re worried about: What do we have left to throw at a fire if we have one? At the same time, we’re trying to track state and federal resources to see what’s in the region and what’s available. The thing that helped us the most with the Flagstaff Fire was they allowed those heavy bombers to come off of North Fork (the High Park Fire, burning west of Fort Collins) and just crush our fire. We had four slurry bombers and helicopters in an hour.

YS: So it was good, actually, that we had the other fires going.

JP: It was that day. Because normally we’d order a slurry bomber and it comes from Grand Junction or Boise, Idaho, or Albuquerque, and it takes hours and hours for one airplane. We called Rocky Mountain Coordinating Center and told them we had a fire that was a few hundred acres but that was going to threaten the city and we had an opportunity to nail it if we had the right resources. And they sent us everything they had. They dropped a tremendous amount of retardant, and they got right after it, which allowed us to hang it up there on the side of the mountain without having it creep down into town.

YS: What was your role during the fire?

JP: Sheriffs have a unique responsibility in regards to wildfire. We’re the fire wardens for the counties in Colorado. In other states, it’s different people. In Texas it’s a county judge. Our job is largely financial. We become fiscally responsible for the fire. What that means is I have to approve expenditures and then seek reimbursements. Essentially contracting and reaching agreements with state and federal representatives in regards to possible reimbursement.

YS: How big was the fire eventually?

JP: Just under 300 acres. It was not a big fire. But it was on top of the city of Boulder and the first facility that was evacuated was the National Center for Atmospheric Research. It becomes a different kind of fire when it’s that close to a large municipality. We had watched Waldo explode, and we knew we could very easily have had the same situation given the weather we were having at that time.

YS: How concerned were you that it was going to come down into the city?

JP: We were absolutely concerned. We were ordering resources for structure protection from all over the metro area … We had two staging areas, and two fronts really: One was at Fairview High School and that was to protect the city of Boulder and the other was up Flagstaff Road at Bison Drive.

JP: No. March is normally our snowiest, wettest month and we had zero inches of precipitation. April and May came along without anything better, very little precipitation, warm temperatures, above-normal temperatures, record heat and windy conditions. Same in June, record-low precipitation, record-high temperatures, so, no, this is way above an average fire danger year. The last few weeks with the monsoonal flow have been great. July has actually been the third rainiest July on record. So things turn around fairly quickly but they deteriorate quickly also and people have to keep that in mind.

YS: What are some things residents might not know about the wildfire season, from your perspective?

JP: It’s a very, very stressful and expensive thing when we have a fire season like we’ve had. We’ve spent a lot of money on additional staffing. Twelve-hour shifts seven days a week for our fire crews, extra staffing in our Emergency Operations Center for monitoring lightening strikes, that kind of thing. There is a behind-the-scenes very, very heightened level of awareness and responsiveness as the fire danger increases. After awhile, after the second or third month, it becomes very stressful. It’s like living with a low-grade fever. So this break has been good for everybody in regards to being able to take a breath and do some other work and get caught up a bit.

YS: So what was the final cost of the fire?

JP: One and a half million dollars. We’re usually able to recover about 75 percent of our costs. But here’s the thing, that million and a half dollars sounds like a lot of money—and we were spending, the first night, $100,000 an hour on aircraft and crews—but to not do so on that day under those conditions would have been stepping over dollars to pick up dimes. The Four Mile Fire, if you remember that one, that was $10.5 million dollars. So you spend money upfront to save money in the long run.