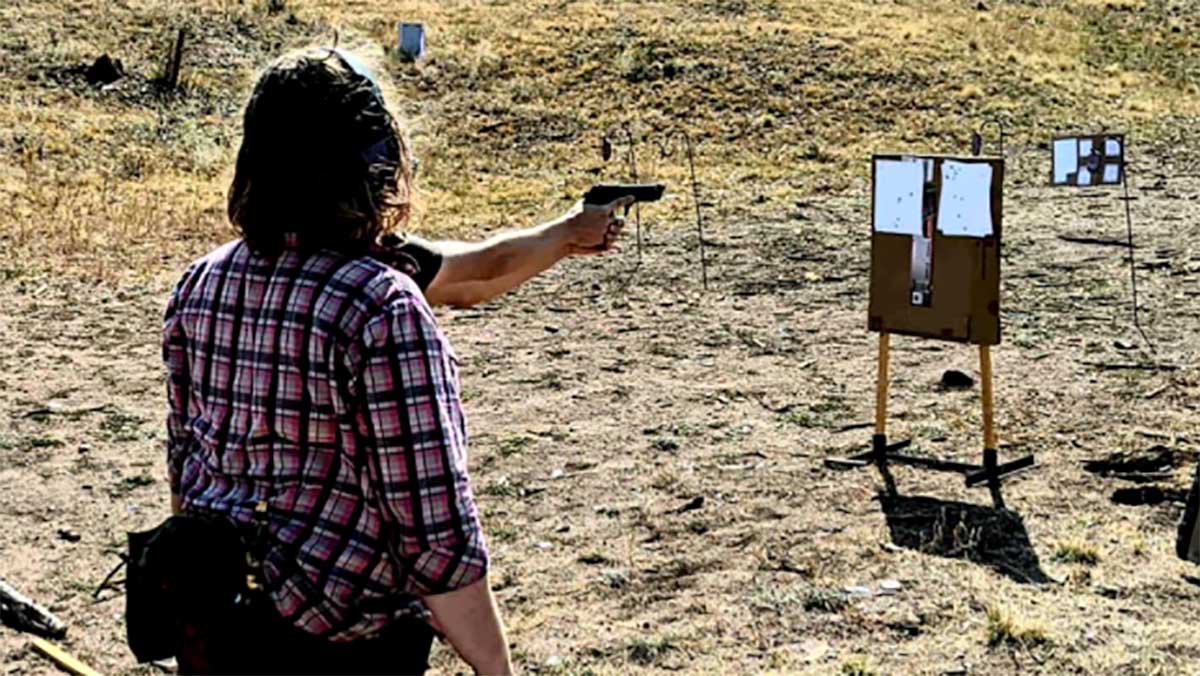 Gun ownership in America has increased over the past two decades with a dramatic spike occurring at the beginning of the pandemic. The leading demographics of gun owners are white people, males, and conservatives, but… liberals also own guns. In Colorado, liberal leaning gun groups have gained traction as they seek to empower marginalized communities by advocating for and practicing their Second Amendment rights.

Errynn Rodgers is the founder of ARM, a liberal gun group that has been operating in Colorado since 2019. “ARM is dedicated to training marginalized people in the use of firearms and self-defense,” she says. They also offer medical training. Rodgers continues that ARM’s mission is “to provide access to training and knowledge that is difficult to come by.” By overcoming access barriers, they are providing training that allows those that have never handled or fired a gun, those that own a gun, or those that have access to a gun, the ability to stay safe while promoting their right to self-defense. (Editor’s Note: Errynn Rodgers, interviewed for this piece, has previously written for Yellow Scene Magazine.)

Unlike larger groups such as the Liberal Gun Club or Arm Your Friends (AYF) – which have a national presence with a Colorado Chapter – ARM is only focused on the needs of the communities they serve within Colorado. Both ARM and AYF serve underrepresented and marginalized communities, but allow allies, or those who are not of marginalized communities, to join. ARM has special days on which allies may join but they are asked to pay a fee. For others, the events are free. The founder of Arm Your Friends, who goes by the alias Flight Risk, explained that, “our primary goals from the outset was to ensure that we could be financially sustainable.” Therefore, Arm Your Friends charges all event attending participants a fee, but does offer the “Medusa Project,” which provides assistance to those who need it. They look for instructors from marginalized communities and compensate them for their time. 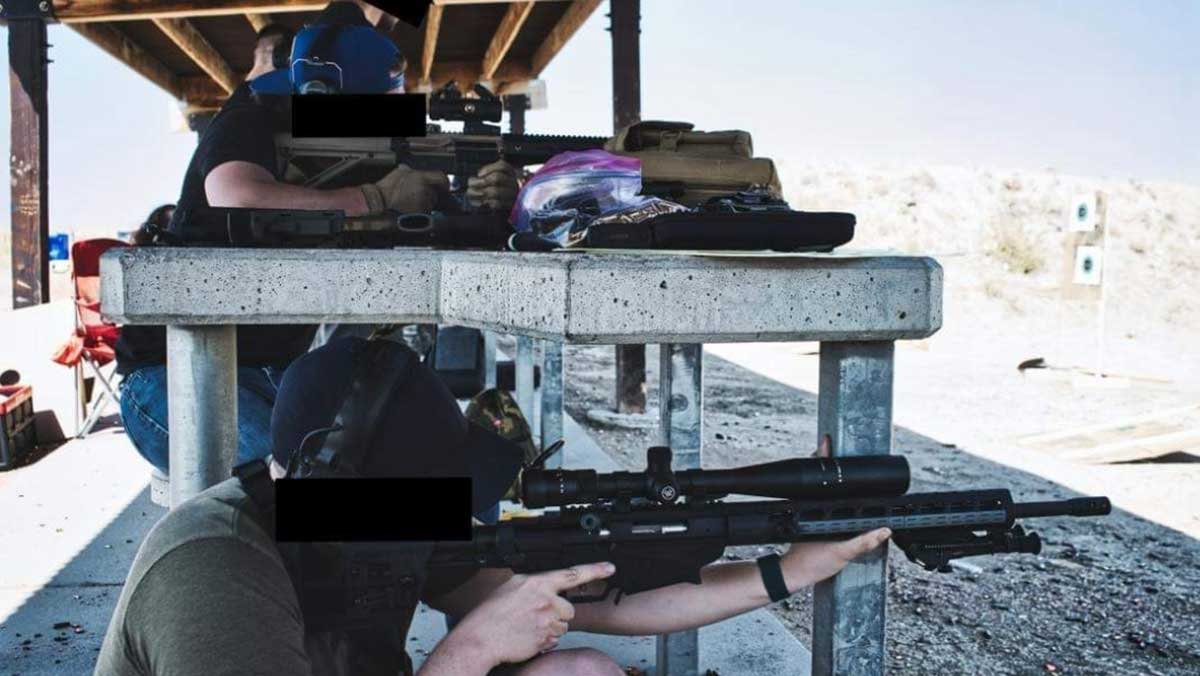 Groups such as ARM and AYF work to help marginalized communities because they are, and have historically, been underrepresented in gun culture, and disproportionately experience violence in America. According to the Washington Post, for example, Black Americans account for 13% of the population and are killed twice as often as White Americans.

The Tenacious Unicorn Ranch, though not a liberal gun club but an anarchist commune that has taken up arms as a means to protect their members, was also interviewed for this article. The ranch is another example of how marginalized communities are arming themselves. By creating a safe space for the LGBTQIA+ community, this alpaca ranch provides work and accommodations for those willing to commit for an extended period of time. The founder, Penny Logue, long time gun owner with a military background, explained that their need to arm themselves was due to harassment. When “the harassment started and the death threats became more earnest, we evolved the range of gun ownership to not just ranch guns, but also defensive weaponry,” Logue said.

ARM is dedicated to training marginalized people in the use of firearms and self-defense.

Berkman sees liberal gun ownership as having to do with safety, saying, “we’ve seen a massive mobilization of not just state sanctioned violence against minority groups, but we have also seen an uptick in right-wing violence at demonstrations and protests.” Community and personal defense are what Berkman believes to be the rationale for gun ownership. “It’s not because there’s been an uptick in hunters or farmhands needing rifles.” Gun owners that belong to the Democratic Party increased by 3 percent since 2020 according to data released by Gallup. 2017 Pew Research Center data shows that Democratic gun ownership has increased by 5 percent. Republican gun ownership has stayed the same since 2020 but increased 9 percent since 2017. 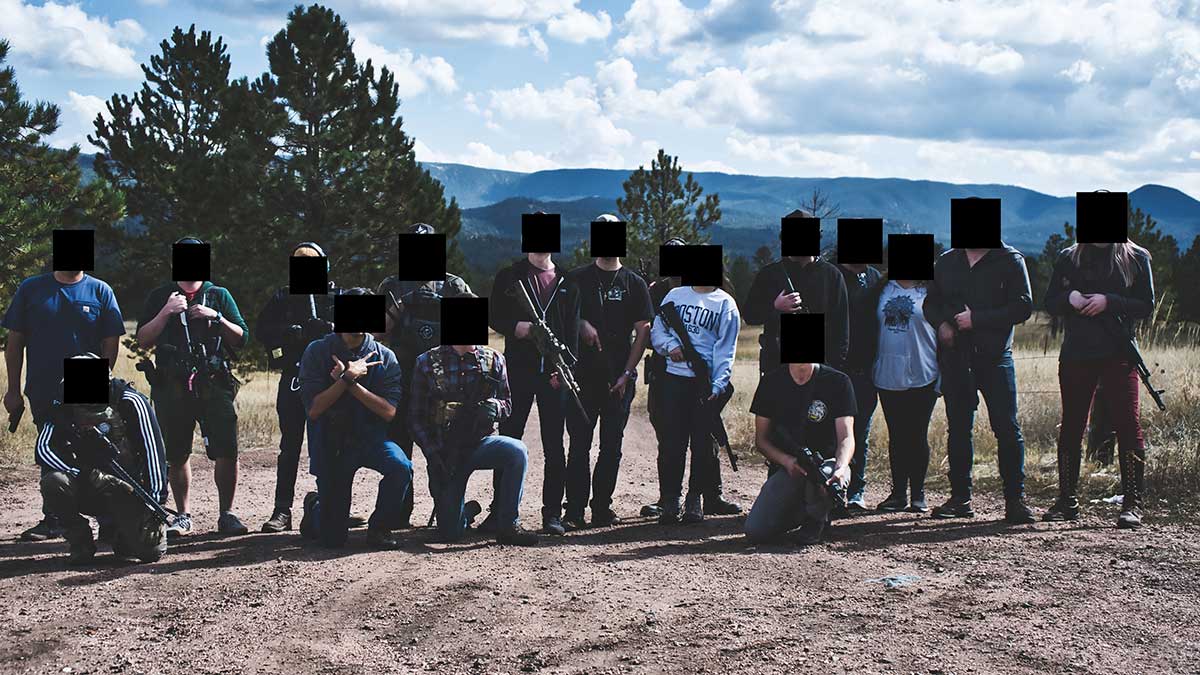 According to the Small Arms Survey, there are 393.3M firearms in civilian possession in the US, or 120 firearms per 100 civilians. Part of the increase, as reported by the Washington Post, was “fueled in part by fear of a federal crackdown on gun ownership that never materialized,” during the Obama administration. Gun violence is also up. The Trace reported that “in 2020, police recovered almost twice as many guns with a short ‘time-to-crime’… than in 2019.”

Black Americans account for 13% of the population and are killed twice as often as White Americans.

Gun owners have often claimed self-defense and recreational use for owning a firearm, but Second Amendment advocacy is on the rise. As reported by The Brink, a Boston University study showed that liberal states tend to have far more Second Amendment activism than their more conservative counterparts. The study acknowledges the two commonly understood sides of gun culture – recreational use and self defense – but adds Second Amendment activism as a third, finding that “this so-called “gun culture 3.0” has increased the most in states that have strengthened their gun laws to the greatest degree, suggesting it may be triggered by perceived threats on individual liberty by the government.”

For Flight Risk, the reasoning to bear arms is plain and simple: “everyone in this country has a right to.” He continues that “self-defense is a human right, so seeking tools that make self-defense more effective is justified.” Another member of AYF who asked to remain anonymous says the Second Amendment isn’t “just for white conservatives. It’s important that there are groups where people who are curious about guns – no matter what their motivation is – can at least learn how to safely handle guns and interact with firearms in a safe way.”

Gun ownership in America has risen during the pandemic and liberals – and those with liberal leaning ideologies – are amongst them. For various reasons, be it a need or desire to be able to defend themselves or their home, for recreational use or ranch work, or to advocate their right to the Second Amendment, Americans continue to purchase firearms. Liberal leaning groups are taking it upon themselves to help members of marginalized communities have access to firearms, learn safe handling, and practice their right to bear them as well as a way to shift power and to fight back against oppression.