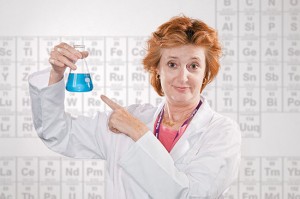 For some, attaining success is a matter of not straying from a path. For others, there are obstacles that make things like a college education, a career, health insurance and financial ease a tremendous challenge.

Those barriers can be chaotic home situations, language issues or financial limitations, and there is no easy solution. But Liz Sims will keep working until she does all she can for her kids.

The middle school science teacher at Longmont’s Trail Ridge Middle School, which has a 50 percent free and reduced lunch population, dedicates herself to under-served students: She uses science and education to boost her students out of poverty or less than ideal situations. She’s brought 16 homeless or disadvantaged kids into her own home over the years. She’s even donated a kidney to the father of two of her students.

Before Sims was a science teacher, she was a Pan Am flight attendant, a stay-at-home mom, a drug counselor for youth in the prison system, a nursing student and a world traveler. Somehow she found herself teaching middle school science—which may sound horrifying to some. Still, it’s her pleasure.

“I wouldn’t have it any other way,” she said.

Along with teaching 8th grade science, Sims runs a massive MESA program with more than 100 kids, and she founded and leads a nonprofit called Earth Explorers. The nonprofit connects small groups of underrepresented students from Trail Ridge with a videographer and a scientist from local research institutions. The students go on field trips to CU and to places like the National Center for Atmospheric Research. They spend three sessions interviewing local scientists to learn about their area of expertise.

“They go into the lab. They go into the field. It’s a really small group of kids, so the scientists are able to do what they can’t do with a class,” Sims said. “For example, one group had a Nobel laureate. She told them, ‘Let’s go to my house and look at how I’m reducing my carbon footprint.’ So, they go to her house, and she shows them her Nobel prize. Another group got to go on a C-130 weather plane. Another group launched a weather balloon and made an experiment to put on a weather balloon to see what happened when it was up in the air.”

The kids spend six weeks making 5- to 8-minute documentaries based on what they’ve learned and the footage they’ve shot. The films are shown at a public premiere for parents, teachers, mentors and the scientists.

The program has been so popular at Trail Ridge that they had to add a second class. This school year, Sims has developed related courses for 6th and 8th graders. It means students will soon get the thirst for science, and it will take them places.

“Kids who would have never considered science or anything like that as a possibility, they are now going into the STEM (Science, Technology, Engineering and Math) program at Skyline,” she said. “If they complete the STEM program and do a couple other things, they are automatically into CU’s engineering program. …It’s changing their future and their goals, and it’s changing the culture at our school. It’s really exciting. And it’s so much fun.”

What may be even bigger is the social aspect. When Sims picks the Earth Explorers small groups, she purposefully breaks up cliques and creates a diversified grouping. In the beginning the kids were wary, but as the class continued, they settled in.

“We thought we were teaching them videography, introducing them to scientists, etc., but one day, my principal comes in and drags me down to the cafeteria. These kids are all sitting together at lunch,” she said. “I mean, (before the class) these kids don’t speak to each other. Here they are being friends. …Now we realize that the social capital piece is even bigger”

Sims knows how important friends are in middle school. It’s one of many factors that makes the age group a challenge to compel.