Free Fallin’: When stealing has its perks 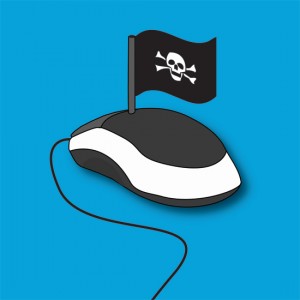 A couple weeks ago, Brian Barrett wrote a column for Gizmodo.com titled, “Why I Pay for Content, (and why that makes me feel like a sucker).”

In it, Brian talks about how woefully arcane pay-for-content systems have become, and why that forces people to become law breakers—simply because obtaining the content we want has, in many cases, become impossible to do through legal means.

The truth is, the main reason piracy exists is because it’s easy. Log onto a bit torrent system, type in the name of what you’re looking for, and voila. There it is. One click and it’s now on your machine, available to consume at your leisure.

“I waited nearly a full year to watch Game of Thrones, because that’s how long it took to get from HBO to iTunes,” Barrett says. “If I had any interest in purchasing an Avatar 3D Blu-ray, I would have either had to buy a Panasonic 3DTV or wait three years just for the right to spend 30 bucks on FernGully with giant blue cat-people having tail sex.”

The fact is, the companies that distribute content have become irresponsibly lazy when it comes to doing so. I pay $200 a month for my Comcast services. And then, I’ll pay $5.99 to watch a movie On Demand in HD. I pay an additional $8 every month for Netflix. When it comes to paying for content, I’m a poster child of responsibility. Yet I’m still out of luck if I want to watch something that’s not available on one of these services.

You man say that’s one first-rate first-world problem. And, while you’re right, (I mean, seriously, that’s all I’ve got to complain about? That I can’t find the third season of Buck Rogers to watch when I really want it?), it doesn’t necessarily have to be a problem.

The time has come for content providers to rethink the entire concept of how they deliver. Expand the overall catalogue and make everything “On Demand.” A la carte, as it were. Even Spotify, with more than 20 million songs in its library, has some gaping holes (like Zeppelin, for instance. Or the freakin’ Beatles.). And Spotify is pretty damned amazing.

The technology exists for content providers to simply track and charge for the use and download of content, so why won’t they? In the long run, it can’t be more profitable to simply turn your would-be customers in criminals.