Is That a Demon or is That Me? 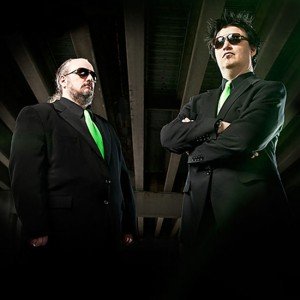 In the world of paranormal investigation, it’s easy to get caught up in something that’s beyond your understanding. This is a story of caution. Be careful what you believe. …

It was the dead of night when the email came in. The wind swelled and rattled the window, sending tendrils of the bitter cold in as the investigator opened the message. It seemed like a normal case. The woman was preparing to move in with her fiancé and his son, but she just didn’t feel right in their house. It was the usual stuff: seeing unexplainable things, shadowy figures, cold spots throughout the house and the feeling of someone watching her when she was alone.

Two days later, the investigator swept the house top to bottom for paranormal activity with his EVP receiver and EMF reader asking the usual questions, “How’d you die?” “What do you want?” The results were unspeakable. In all his days he’d never gotten readings so strong. Back in his office, the investigator cranked up the volume on his speakers and put his head down into the static. There it was, as clear as day: It wanted her dead.

The investigator called and told the family they’d need a cleansing; whatever it was, it was evil. He called in the experts.

The next day, they arrived to prepare the cleansing. In the boy’s room one of the experts went sheet-white and pointed out an evil looking necklace on the wall. The expert tore off his cross and threw it down, “Well, that isn’t going to work!” The investigator’s heart dropped as he asked what it was. “Didn’t you see The Exorcist?” they asked him. He was sure his face lost color as they told him all about Pazuzu, the Mesopotamian demon of the winds. And then it hit him: The recent wind storms. It had to be stopped.

They would then test who had a demon attachment. The blood rushed through the investigator’s head as they gave him the test. “It’s you,” someone said. The voices he’d heard the night before were pounding in his head. They were speaking to him—the experts, the voices—but he couldn’t hear a word they were saying. All he could feel was pressure in his head and all he heard was the storm outside. The pressure increased and he felt his throat tighten. It had him, and he needed to get out. The wind howled as he burst through the door and into the yard, and he fell to his knees. Then it went dark.

He was shaking when he came to, and they were calming him down. They said he was OK. Later they would try to explain that he had to be more careful, something about a set up, but he wasn’t listening. All he could hear was the breeze blowing softly through the trees.

… The above account was not a real investigation (although Pazuzu is in fact the Mesopotamian demon of the winds). But in the mind of one not-to-be-named investigator, it did happen.

After setting up more cameras than The Real World, placing a couple of occult-looking trinkets around and randomly sending an email, Bryan Bonner and Matthew Baxter of the Rocky Mountain Paranormal Research Society (the “experts” coincidentally called in to cleanse the house) sat back to observe. While Bonner and Baxter were responsible for the set up, this “hoax” was effectively perpetrated by a man of an anonymous paranormal investigation group on himself. Bonner says “the investigator” believes to this day he was attacked by a demon.

“He still calls us up for help from time to time,” Bonner says. Nevertheless, while it’s certainly fair to question the ethics of this psychological experiment, it highlights much of what Bonner and Baxter see as being fundamentally wrong with the current state of paranormal investigation.

“The problem is that the human mind is a horrible, horrible thing,” Bonner says.

The people who work in this field must be aware of what it is they are doing: running around in the middle of the night in a spooky, old house where someone said there is a ghost. You’re basically setting yourself up to be punk’d by your own brain.

That’s not to say that Bonner and Baxter are claiming that ghosts don’t exist. After all, they got into this business partially because they were interested in all things paranormal. They are, however, skeptics. Though this is often seen as a dirty word, Bonner says a skeptic is “an open-minded person willing to look at all the arguments and make a rational decision.” That’s why the RMPRS crew describes what they do as “paranormal claims investigation.” They hunt for explanations, not ghosts. There are plenty of so-called investigators running around “finding” ghosts with broken radios.

“In the world of the paranormal, there’s plenty of room to fleece people. We’re watchdogs for that,” Baxter says.

If a home- or business-owner is already terrified and confused, it isn’t hard to imagine the serious psychological damage a paranormal group could do by coming in, confirming their worst fears and leaving them to deal with it.

“These people are untrained counselors at best,” says Bonner.

Half the thrill of investigating local hauntings is the history, which is rich and plentiful in Colorado. There’s the Capitol building, where some have reported seeing the disembodied heads of the Espinosa brothers floating the halls. The heads of these dastardly murderers were brought in for a bounty in jars of booze only to disappear (and reappear floating the halls for vengeance). While this is terrifying, scarier still was when, during the prohibition era, the jars resurfaced in the catacomb-like bowels of the Capitol with the heads still intact—but not a drop of booze left in them (sounds like a good seasonal local brew to me).

Some places featured on the RMPRS “Haunted Denver” wine and bus tour (yes, wine is a well-respected and proven ghost hunting tool) are said to be historic landmarks with just a “profitable” reputation as being haunted, such as the Brown Palace. Others, such as the Choke Patterson Campbell Mansion and Union Station, have a more credible history attached to them. Mattie’s House of Mirrors, the 1890’s restaurant and brothel, has a spot or two of blood and pain in its history. In the former den of Mattie Silks, RMPRS members have witnessed unexplained pulsing lights and mysterious, unrecognizable voices. Check out their investigations online to see the evidence yourself (rockymountainparanormal.com).

So this Halloween, be safe out there. Bring a little scientific method along just in case.