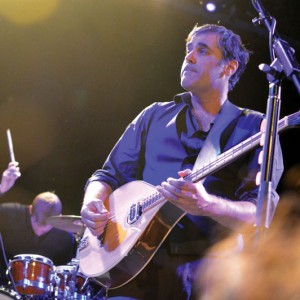 The Colorado music scene has long been known for its diversity, at least on a local level. Punk, rockabilly, indie rock, ska, funk, jazz, country and even hip-hop have been represented well here, not to mention the pop and jamgrass scene. Then there are bands like DeVotchKa, which not only bend the genres to their own needs but do so unapologetically breeding national attention. If you’re looking for great songwriting blended with punk energy and sprinkled with gypsy influence, then look no further. Oct. 26–27, 9 pm, Boulder Theater, 2032 14th St., Boulder, 303.786.7030

A Dangerous Liaison is an innovative Ballet Nouveau Colorado production, featuring both baroque and contemporary dance styles set to the incomparable music of Antonio Vivaldi and Giuseppe Tartini. Ballet may be a bit of an acquired taste for some, but even for the unindoctrinated, Ballet Nouveau Colorado is accessible enough to be interesting, while still enticing educated dance fans. However, doing the wave in the stands is still frowned upon, so try to avoid that. Nov. 9-11 303.466.5685

Around this time of year, the Longmont Museum and Cultural Center features an amazing art exhibit titled La Ofrenda la Dias de los Muertos: Honoring Days of the Dead. The Day of the Dead is a popular Mexican holiday that honors the dearly departed with awesomely colorful sugar skull masks, parades and altars. The Longmont Museum’s exhibits run through Nov. 4, and will include hands-on activities for the kids, along with a traditional Mexican market and art in several mediums. 400 Quail Rd., Longmont, 303.651.8374.

How Does Your Garden Grow?

Though during her life, Frances Hodgson Burnett was better known for a number of other literary works (Little Lord Fauntleroy chief among them), The Secret Garden has endured most of all. The children’s classic, set in turn-of-the-century England, tells the story of a young girl sent to live with her uncle who stumbles onto the garden he had locked away, into which she breathes new life. See the staged version at the Longmont Theatre Co., Nov. 15–17, 513 Main St., Longmont, 303.772.5200