What is the Fiscal Cliff? 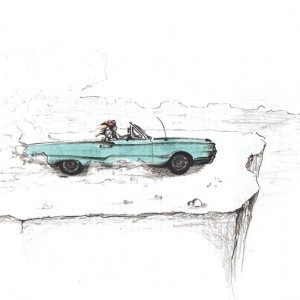 While the passage of Election Day has eliminated most political buzzwords from the lexicon, there’s one term we’re hearing with increasing breathlessness: “fiscal cliff.” It’s a reference to more than just economic calamity in general, but to a specific set of deficit-reducing triggers that will go into effect on Jan. 1 if Congress doesn’t act.

What’s so bad about reducing the deficit? Theoretically, nothing. But the deep spending cuts mandated by the fiscal cliff would gut programs that both parties hold dear while simultaneously raising taxes through a combination of allowing certain tax reductions to expire and imposing new ones. Long-term effects on the debt would be positive, but the shock to our economic system raises the risk of recession.

How did we end up on this precipice? It goes back to the debt ceiling fiasco of 2011. Voting to raise the debt ceiling is a formality that allows the government to incur debt in order to make expenditures that have been previously approved by Congress—the ceiling has been raised 74 times since 1962, usually without fanfare. But in 2011, Congress held up the vote, demanding that it be accompanied by a plan to reduce spending. House Republicans (who were in the majority) hijacked the effort by calling for deep spending cuts on programs that Democrats favored, while also swearing off tax increases. The standoff ended when both sides agreed to appoint a bipartisan “super committee” to explore reducing the budget deficit, but not before Standard & Poor’s downgraded the American credit rating for the first time in history, rocking world financial markets.

Since Congress had proven especially inept over the past two years, the formation of the super committee came with the equivalent of a death threat: If you can’t reach an agreement, the debt will be reduced automatically in ways no one will like. The threat was specific and aimed at both parties’ sacred cows. Defense and non-defense discretionary spending will share the burden of $110 billion in automatic cuts. Bush era tax cuts, which President Obama extended, will expire, as will the 2 percent FICA payroll tax cut and $26 million in federal emergency unemployment insurance. Everyone would suffer if the super committee didn’t reach a deal.

No deal was made. Now it falls on the shoulders of the same Congress that couldn’t do it in the first place. The difference is that it’s now a lame duck Congress, making a solution all the more unlikely.