The land is primed as though military choppers plopped the Statue of Liberty atop the Flatirons. When a business wants to succeed, it banks on its employees being healthy, analytical and non-conformal. Primary employers, it turns out, love Boulder County.

“It’s no secret,” US Senator Michael Bennet is quoted saying, “that Colorado is a hotbed for innovation.” In recent years, that hotbed has brought Famous Foods International (parent company of Mrs. Fields Cookies) into Broomfield, and birthed new competitive ventures like Avior Control Technologies in Longmont.

Wendi Nafziger, interim president of the Longmont Area Economic Council, attracts new primary employers and helps expand existing ones. “We have very low cost utility rates,” she says about one of the city’s enticing highlights. “A highly educated workforce, and a pro-business city.” It’s a key element in bringing businesses. In this section, we meet three individuals that are part of the great business migration to Boulder County, and learn what it was that brought them here. 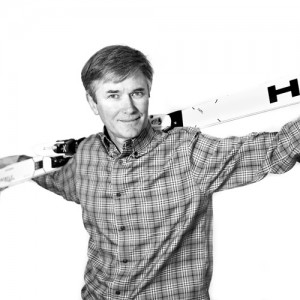 Last year, the US saw over 56 million skier-visits in its snow-capped mountains. Twenty percent of those visits took place in Colorado, which made relocating HEAD Winter Sports Division from Connecticut to Boulder a no-brainer.

“Frankly, we did a nationwide search for over a year,” says vice president Jon Rucker about the company’s 2012 migration. They almost considered Utah, which had attractive tax incentives, “But we chose Boulder because of the lifestyle, the university campus, the great outdoors population…” Not to mention, of course, the backyard of ski-worthy slopes. Today, their new location is where employees design and conceptualize what have become the number two skis in the world, and the first to collaborate with Red Bull.

First established in 1950 by aeronautical engineer Howard Head, the manufacturer sought to leave behind an era of wooden skis. Using a combination of wood and metal originally intended for aircraft fuselages, the company led the forefront of ski technology, and plans to get tremendous exposure at the 2014 Winter Olympics.

“One of the reasons I’m in this business is because I love skiing,” says Rucker, who began at age 3. Working at HEAD has allowed him to ski with the Bode Miller’s and Lindsey Vonn’s of the world—and, naturally, get schooled. But of all the pros, the best advice he got was from his dad: “He said, ‘Get skiing.’ ”

View all posts by David MacNeal →