Each August hundreds of new sixth graders walk into Angevine Middle School in Boulder for the first time. Though it’s a larger, more intimidating place than the elementary school cocoons they’ve just come from, these students feel at home from day one. You might wonder how this can be, given that sixth grade means returning to the bottom of the food chain—dealing with the ever-stressful locker combination, navigating a new social scene, and managing a harder workload. At Angevine though, as with all middle schools in the Boulder Valley School District (BVSD), they’ve managed to do away with any stigma of being the new kid, and with the Bobcat 360 program, they’ve redefined what starting a new school means. 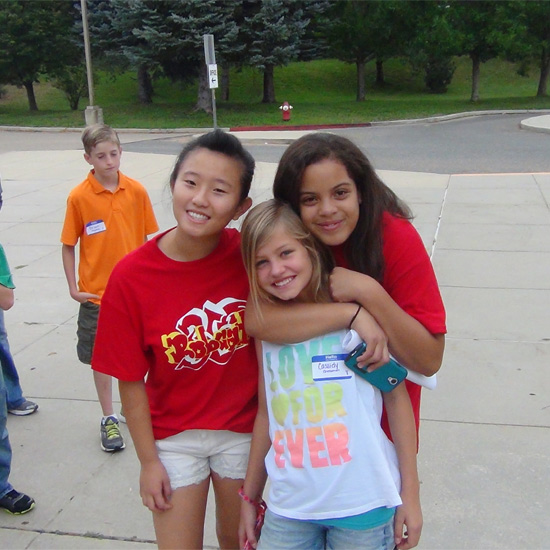 Middle and high schools all across Boulder County are implementing transitional programs and offering extracurriculars that make starting a new school much easier and, dare I say, more fun than it once was. This is all in one grand effort to revamp the experience students have at the start of these pivotal new chapters in their lives.

“I think that transitioning into middle school can be an intimidating experience when you’re used to being that fifth grader at the top,” says Megan Weir, one of the coordinators for the Bobcat 360 program at Angevine. Focusing on how scary starting a new school often is for students, the BVSD implemented the 360 transition program a few years ago in its schools.

Depending on what each school’s individual mascot is, the program’s name varies (the Angevine Bobcats, hence the Bobcat 360 program), but the core values and mission remain the same. “The 360 part just speaks to an inclosed circle—everyone is included and should feel welcome and have a smooth transition whether it’s to middle school or high school,” says Weir.

The effort to include new students starts well before day one of school. Eighth grade leaders in the program make several phone calls to their assigned incoming students over the summer. They make sure that any questions the new sixth graders have are answered, and that all worries are put at rest. Then, on the first day of school it is only the sixth graders and their eighth grade buddies that attend what Weir calls a “soft start”. This allows them to have the school to themselves and get acquainted with everything so that when they return with the entire student body present, they’re familiarized with the school’s layout and routine.

Making sure the transition goes well doesn’t end with the first day though. Throughout their entire sixth grade year, students reconnect with their eighth grade mentors. “We try to have an event every trimester,” Weir says. There’s a field trip, a movie night-type outing and the final get-together finishes the year strong. Last year, it consisted of eighth graders helping sixth graders in the library on assignments that had been identified as the most commonly confusing according to sixth grade teachers. Fueled by 65 pizzas, the students worked through advanced level math together until everyone was comfortable with the material. “That was probably my favorite event last year,” says Weir, whose pride for the program and the students involved is contagious. “They led those assignments—they were helping the sixth graders through it. It was a really cool thing.”