Southern France and Northern Italy meet local, seasonal ingredients at the hand of Chef Bradford Heap. From his years of training in Monaco, among other places, he uses classical techniques to create simple and fresh dishes (see: pan roasted wild sockeye salmon or the duck confit gnocchi). 210 Franklin St., Niwot

If only my kitchen was this nice. The envy of all West End eateries, The Kitchen makes farm-to-table high end, combining hipness with luxury seamlessly. The recipe is spreading like wildfire: a Denver spot opened not long ago, and now Fort Collins and Glendale are in the works. 1039 Pearl St, Boulder

It has big-city snazz, retro style, and a local feel that make dining on their urban home-style fare all the better. The happy hour (try the tapenade crostini) and dinner entrees—pork and ricotta meatballs, or coal miner’s mac and cheese—are just snippets of what makes this place such a hit. 816 Main St, Louisville

OK, it’s technically a “bistro” but wipe the lounge-y or café-by-the-River-Seine image from your head. Salt is another Boulder farm-restaurant collaboration success story, with menus that “honor the ingredients”—which is the chef’s modus operandi. 1047 Pearl St, Boulder 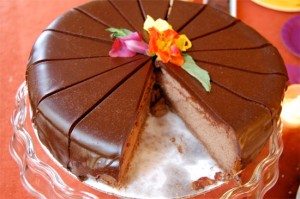 There’s a reason why Snarf’s has expanded from Boulder to Chicago, St. Louis and Austin. The eastern end of Pearl isn’t quite as stacked as the west because Snarf’s downtown location is a pivotal pit stop for pedestrians in need of hearty sandwiches. Many locations

A massive oven fire in 2012 hasn’t deterred shoppers from this north Broadway staple. Confections abound along with ample bread selections, so head in to get your mid-morning blood sugar fix. 2644 Broadway, Boulder