A brief chat with Richie Allen

Local acoustic rock group the Richie Allen band plays at the Meadowlark Bar in Denver on Thursday (October 23), so we took the opportunity to speak with Allen himself…L

Yellow Scene: When did you start playing, and then performing professionally?

Richie Allen: I guess I started playing guitar at 18, but it wasn’t professional until I was 22 and had decided to go to college – I wanted to get my degree in something that I would use everyday, so I got my degree in music. I studied classical guitar at Metro State in Denver.

YS:When did the current band get together?

RA: This one is brand new. I had sets booked this year – acoustic and solo sets – but I didn’t have a band yet. In order to get a good band, I feel like you have to have something going on. Good musicians are not just going to play in your garage, but if you go to them and say, ‘Hey, I have a paying gig and I’d like you to play with me,’ you’ll have more luck. So I found an old friend of mine, Jake Williams on drums – he and I played back in 2002. He found the rest of the band. He played in a jazz combo with Kari Clifton on cello, Vaughn Smith plays bass, and Miranda is the female vocalist. It’s been a case of so far, so good.

RA: I would say that we’re big on the songwriting aspect. You can compare us to Neil Young or Damien Rice the Dave Matthews Band. I play acoustic guitar and use electric pedal, but I use them to a minimum, so there’s just a tweak in the sound. It’s the sound of an acoustic instrument, with a little bit extra. Instead of a lead guitar player, we added Kari on cello. A nice sound – most people when they hear about the cello think that we’re a folk band, but I don’t think our songs are folky enough to be called folk. So I’ve been telling everybody it’s acoustic rock or songwriting with a band.

YS: What has been your best show so far?

RA: We’ve actually only played one. We recorded it too. Like I said, when you get good musicians together, then good things happen. We’re currently mixing and mastering that to have a live CD. I’m really big on being known as a live band. The Meadowlark is a really nice, intimate venue. I think the Lumineers might have started out there. You get to go down stairs to a basement area – it’s a really cool bar in Denver.

YS: What are your plans for the set at the Meadowlark?

RA: We’re going be playing about an hour and a half, mostly originals. Cover-wise, we’re going to do “Big Papa” by the Notorious BIG, which is going to be so much fun. We’ve got a great arrangement with that high whistle [Allen whistles “Big Papa” down the phone]. That’s going to be Kari on cello. We’re not going to change the song much, I’m going to rap and play the guitar. We’re going to do “Seek Up” by Dave Matthews, which is one of his older songs. A Damien Rice tune called “I Remember” too. I recently was one of the winners in the Colorado Business Association songwriting contest, so Kari, Miranda and I, in the middle, will do a song called “Last Lullaby.”

YS: Do you have any recorded output?

RA: I have a self-titled studio album, and there are eight tracks on that. I recorded that in 2013.

YS: What’s next, after this show?

RA: I’m talking to the gentleman who hosts the Red Gorilla Music Festival, which is in Austin during SXSW. They’re not connected, but they go on at the same time. Once the holiday, I’ll be starting auditions for all the festivals in Colorado. One of the best things about being here is all of the music festivals available, and all of the support for music in general. There’s Arise in Loveland, the Tulluride Bluegrass Festival, and the Mile High Music Fest. 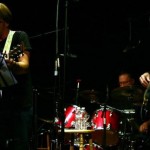 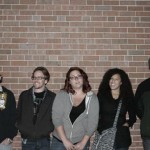 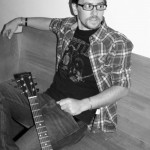 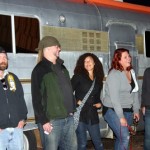 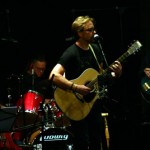