A brief chat with Mr. Gnome 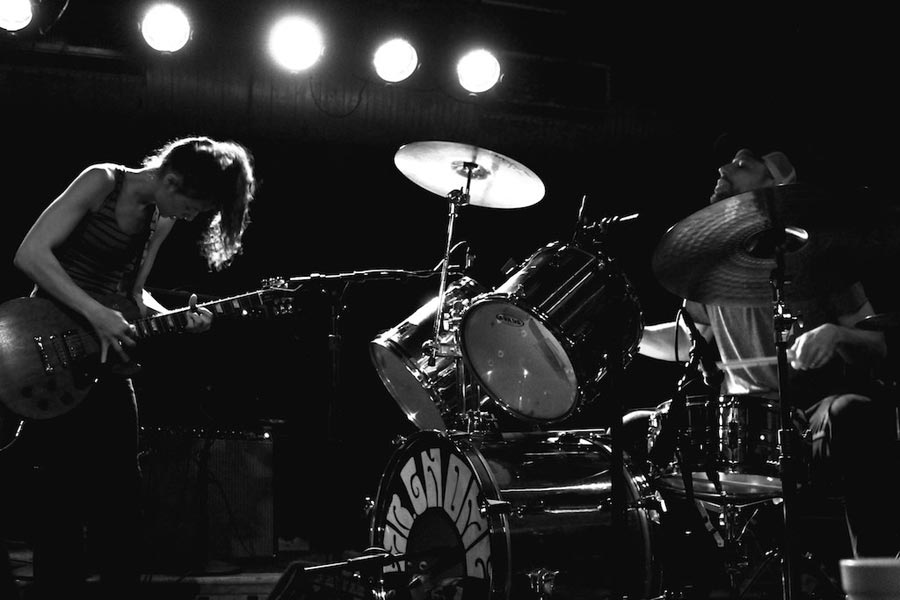 In support of new album The Heart of a Dark Star, the follow-up to the critically-acclaimed Madness in Miniature, Cleveland band Mr. Gnome will be at the Hi-Dive in Denver on November 17, so we spoke to singer/guitarist Nicole Barille about what we can expect.I

Yellow Scene: Are you pleased with the new album?

Nicolle Barille: We worked forever on this record. We’ve been working for a year and a half, and we wrote a ton of material. This is the last session of everything we did, the record The Heart of a Dark Star. This our fourth record. We’ve been writing and recording records for a while now, and that’s why I think it took so long to get this one where it’s at, because we did Madness in-between touring, and it kind of came together in a really short period very quickly and naturally. With this one, we had a lot of time to sit and have fun with it, and it can be a good thing and a bad thing. The more time you have, the more you obsess over it. After we got done touring off of Madness, we jumped back into the studio right away. I don’t know that we were ready to record right away, so we recorded the first batch of songs and we ended up not totally satisfied with it. We wrote a ton more stuff, and this record is the third session. It tends to be a process – sometimes songs come really quickly and sometimes it takes a minute and you ]figure out where you want to bring the song r just what you’re trying to say with it.

NB: There’s a lot of really awesome music – a lot of indie rock, there’s some good rap, good heavier rock. We try to go to as many shows as we can, but a lot of the time we’re on the road. We have a lot of friends doing really cool stuff. We try to support each other as much as we can. We have one of the few record pressing companies here in Cleveland, which is awesome. The city’s doing well – we’re trying to move up.

NB: Yes, we love Denver so much. We’ve been coming since the end of 2007, and you guys treat us wonderfully. Its definitely one of our favorite cities to play.

NB: This is our fourth record, so we take our favorite songs off of every one. We’ll be playing as couple of songs off the new one, a lot off the last one, and it’s been crazy. This newest one is pretty heavily orchestrated so we’re trying to figure out how to do it all between two people. We might bring some people up on stage that are touring with us. It should be fun and crazy. We always have fun when we hang out with you guys?

NB: We’re already working on the next record. We might be adding someone to the band that we’ll start writing with. Every year proves to be a brand new adventure for us. We’re obsessed with continuing to make records and touring for as long as we can. We’ll probably head back out in the spring time, and in-between all that, recording album number five.