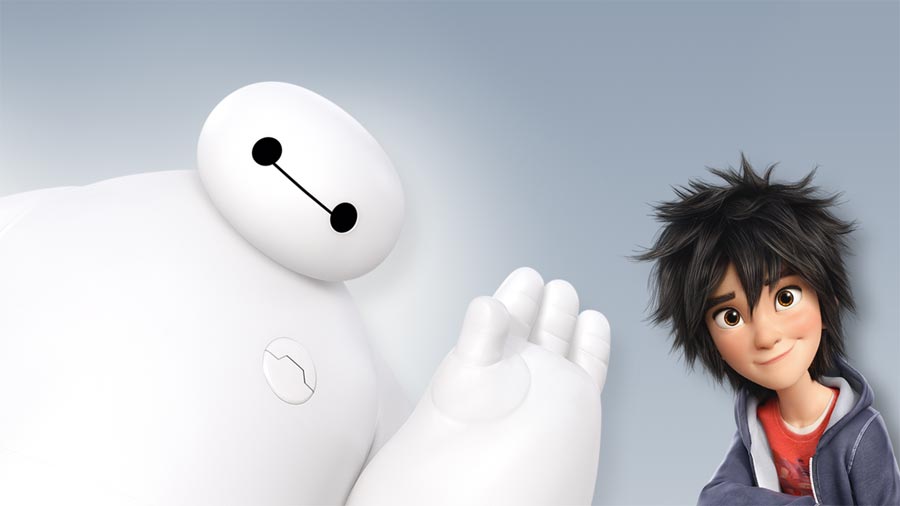 With comic book movies all the rage and characters as obscure as the Guardians of the Galaxy, the Inhumans, Black Panther and Captain Marvel (both the Marvel and the DC version) all either hitting the big screen or having already done so, these are great times for the self-confessed geeks among us. We can’t even turn on the TV anymore without being bombarded with images of The Walking Dead, Constantine, Arrow, Flash Gotham and Agents of SHIELD, and there are Daredevil, Agent Carter, Jessica Jones, Iron Fist, Luke Cage, Defenders, Supergirl and Teen Titans shows on the way.W

Big Hero 6 is none of these things. Thanks to Chris Nolan’s Batman trilogy, the trend has been for comic book flicks and shows, and indeed the comic books themselves, to go the dark and gritty, realistic route. Adam West is a thing very much of the past nowadays, a fondly regarded relic, with the bright colors and tongue firmly in cheek. Comic books are just not for kids anymore.

Big Hero 6 is a whole different type of Marvel movie. Check out the trailer online.

Ten years ago, Disney/Pixar put out the much-loved The Incredibles movie, a film about a family of superheroes trying to survive in a world that fears superheroes. It was an excellent piece of work, but Disney has bettered it with Big Hero 6. Whereas Mr. Incredible et al were original characters, the team in Big Hero 6 come directly from Marvel Comics (hence the SPOILER ALERT post-credits Stan Lee cameo).

With somebody using Hiro’s micro-bots to cause mass destruction across the city, it’s up to these unlikely allies – the Big Hero 6 – to stop him. Cue some great fight sequences, awesome one-liners and tremendous animated effects. However, the real story is the developing friendship between Hiro and Baymax.

Like the Guardians of the Galaxy and the Inhumans, the Big Hero 6 are a relatively unknown Marvel team to the casual comic book movie fan, and if you have read the comics you’ll know that these guys aren’t exactly a natural fit for what is essentially a kid’s movie. However, in the hands of some excellent writers, the movie is magical.

This writer took his three-year-old to see the film, and he was captivated, despite the fact that there are many jokes in the film that will have gone straight over his head, not to mention countless geek-friendly references. Therefore, it’s one of those great films to take a kid too, because it works on more than one level.

Big Hero 6 is not a part of the massive Marvel Cinematic Universe that began with the first Iron Man and runs through the Avengers movies. This is a separate entity, an animated Marvel spectacular, and it’s glorious.

Audiences are loving it too; opening weekend saw it pull in more numbers than (ironically enough) Chris Nolan’s Interstellar. We still like our comic book movies to be dark, but it’s nice to have one to take the kids to.