A brief chat with Meredith Sheldon 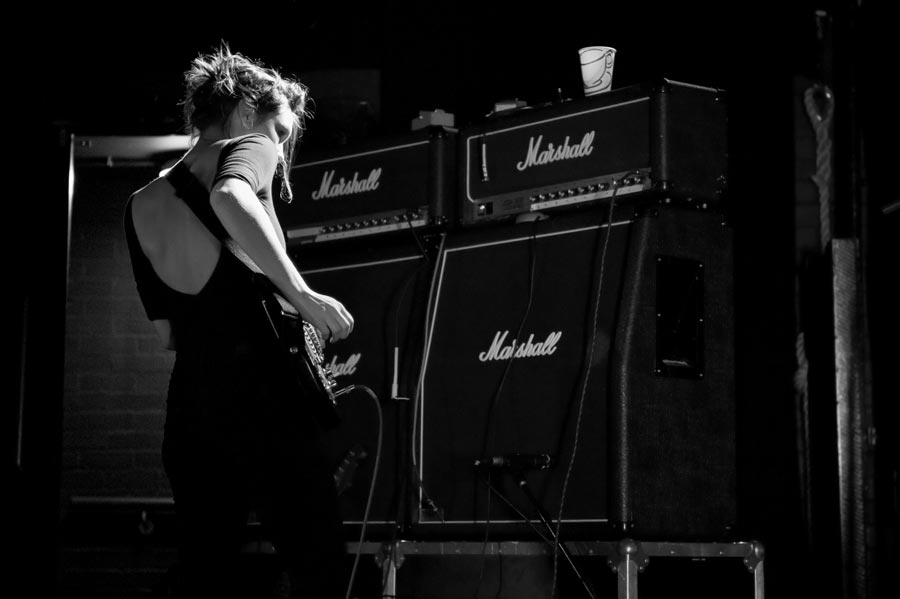 Singer/songwriter Meredith Sheldon is coming to Colorado, opening up for former Smiths guitarist Johnny Marr. She’ll be in Denver on November 28 and then in Aspen on November 29, so we grabbed her for a chin-wag.S

Yellow Scene: The tour with Johnny Marr is exciting – are you a Smiths fan?

Meredith Sheldon: To be honest, I was never into the Smiths. I was familiar with a few of the songs, and could appreciate their sound, but it never grabbed me. It was not until I started touring with Johnny that I began to love the Smiths songs that he plays in his set. I still prefer his versions to the originals.

YS: Do you like playing Colorado? Any memories that stick out?

MS: I do like playing in Denver. I have had a fairly wide range of experiences there, from playing at the dingiest of clubs with two people in the audience to playing at a packed Gothic Theatre, where we are playing again this time. I remember how wild it was to be in a city surrounded by mountains for the first time – growing up on the east coast I had never experienced the scale and power of real mountains. And the first time I tried to hike up one and discovered the effects of exercise at higher altitudes… well… that wasn’t a fun show, but I gained a lot of reverence for the people who run up and down them every day.

YS: You’re played with Johnny before – does his crowd respond well to you?

MS: One of my favorite things about playing with Johnny is his audience. They are so attentive and kind – of course, as an opening act, you are always playing to people who don’t know who you are and some of them will always be more interested in chatting and drinking. But despite them, night after night, almost everyone I can see from the stage is totally tuned in, present, listening and there with me, and that is such a wonderful experience.

MS: Well, this is the first time I have played completely solo in years, which is a bit scary, but also exciting. I have been thinking a lot about what it means to show up as my whole self, what I have been holding back in the past, what I have been hiding behind bandmates or false attitudes – the places where I have been genuine and the places where I have not. In the past, I think I have wanted to be more rock ‘n’ roll all of the time, wanted to prove I’m tough and seasoned. Now I feel I don’t need to prove that so much. I know I am seasoned. I can totally get down with the rock side of myself. Now I’m working on acknowledging the other aspects of myself and my music that have always been there but have perhaps been obscured – the softer, introspective, feminine, dynamic me. How to be all of these things at once without censoring or self-judgment. Thats what this tour is about for me. So far I am really enjoying it, and we are just getting started, so by the time we get to Denver I imagine it will feel much more solid.

YS: What’s next for you, after this tour?

MS: Other than finishing my record, which has been years in the works, I’m not sure yet. Things usually come together as I go along – my subconscious works harder than my conscious mind, I guess. My main musical mission after this tour is really to get the recordings out there that I have been incubating for so long. I am really excited to release that into the auditory ethers.