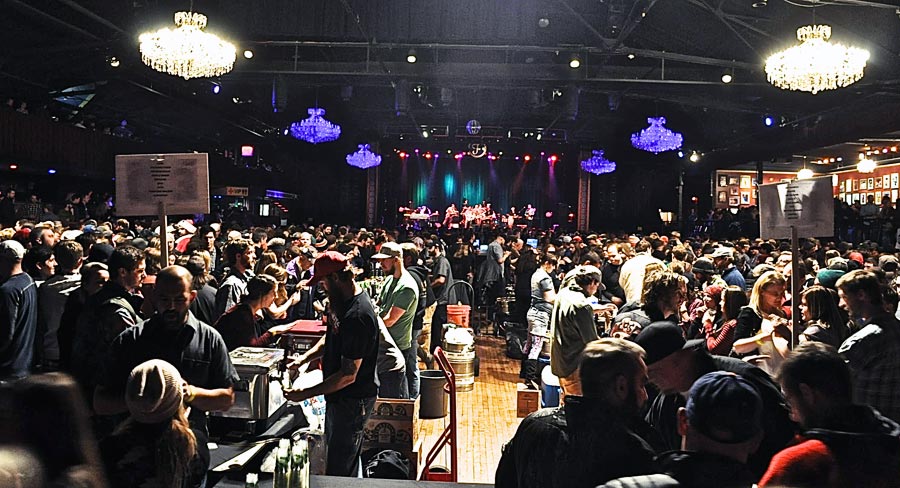 Christmas came early for me this year in the form of a craft beer jam fueled fundraiser at The Fillmore Auditorium. All hands were on deck for this inaugural event, which boasted 30+ of Colorado’s finest craft breweries, three solid sets of live tunes with all proceeds headed to charity. Kyle Hollingsworth (keyboardist with The String Cheese Incident) took his love for music, beer and philanthropy to an apex in 2014, with his ninth beer festival Hoppy Holidays being a massive success and mile marker for The Fillmore on many levels. The Eufórquestra, Kyle Hollingsworth Band and The Infamous Stringdusters, teamed up with the amazing non-profit organization Conscious Alliance for this hootenanny, which raised an incredible amount of money to fund and feed impoverished communities across the nation this holiday season.  This event was monumental to say the least and will forever change the direction of beer/jam fundraisers in the city of Denver.C 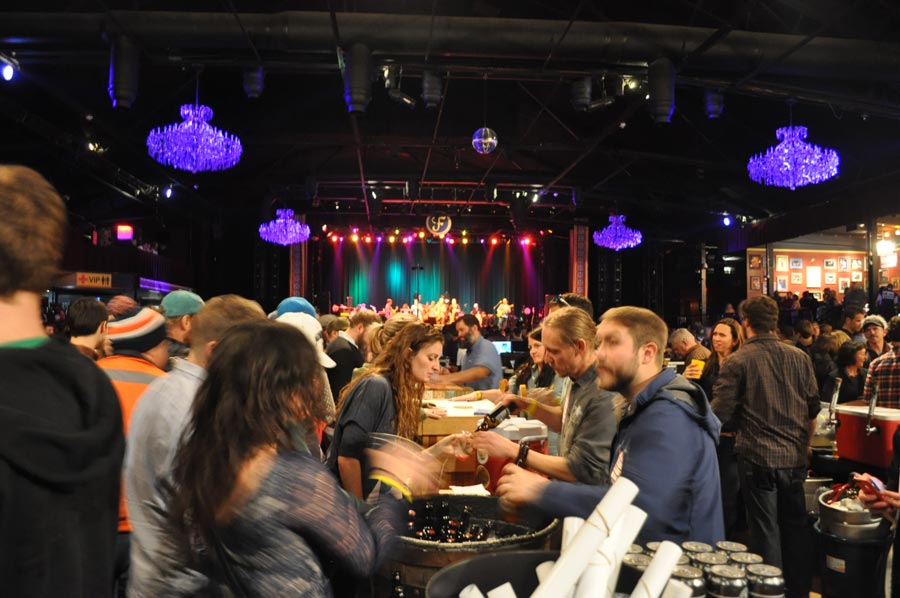 With so many delicious beers present, where does one begin? With no map, I used my birds eye view at the top of the steps to formulate a plan of attack before dipping into the hopped infused controlled chaos of The Fillmore floor. Questions raced through my mind. Is this really happening?  Is it all I can drink for 3 hours? How has this not happened before?  Why was traffic backed up on Speer for so long tonight? And how long has the Eufórquestra been on for already? I shook off all these thoughts, abandoned my plan of attack and went in like a kid in a candy store for the first beer I locked eyes on, Firestone Walker IPA and it was game on from there.

I began to drift backwards down the beer line sipping and swirling brews old and new to me, quaffing a couple new liquids that shocked and persuaded my soul to ignite. My personal shout outs go to three breweries in particular, Crooked Stave, Coda and Eddyline, which kept my palette locked and in line for seconds and thirds. Taste is subjective and although I do not usually discriminate against beer, I thought these three really stood out and were extra worthy of extra consumption. While the beer was going down, so was the funk-fusion, with Eufórquestra bringing big brass and self-proclaimed “Afro-Caribbean-Barnyard-Funk to the crowd. 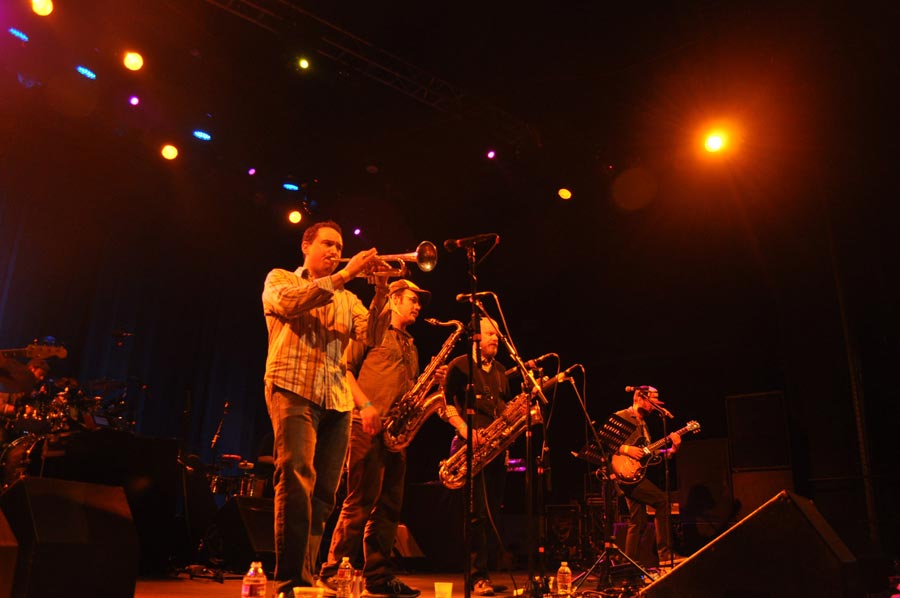 …peppered with breweries and yes, it was all you could drink for three glorious hours.

To paint the picture a bit more for those of you that missed out on this smashing shindig, the back center floor of the Fillmore was transformed into a massive beer island, with the soundboard at the end and breweries lining the left and right sides. The six chandeliers were lit with four being traditional purple in the front and 2 left on white light for your viewing and sipping pleasure in the back. On the far outer walls were additional tables peppered with breweries and yes, it was all you could drink for three glorious hours. 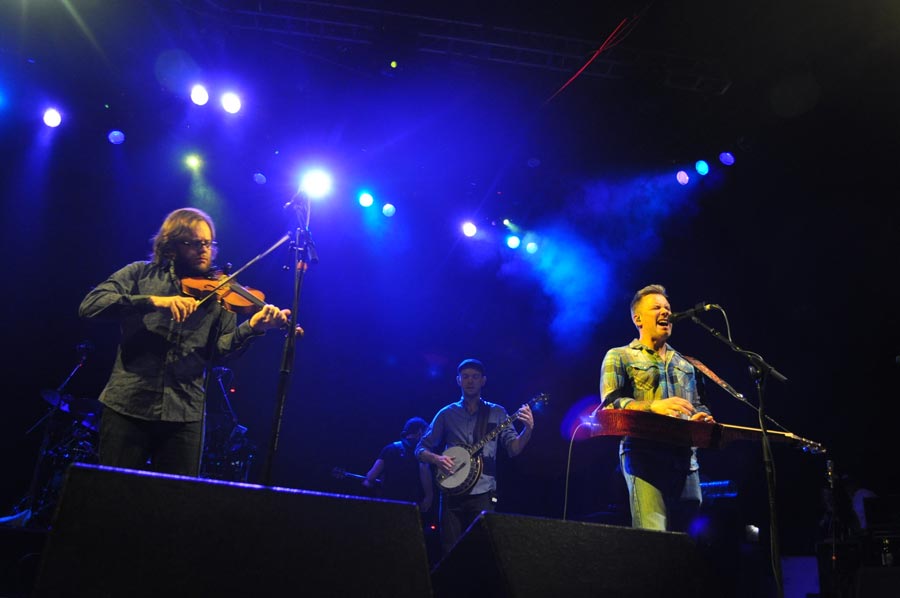 Having seen almost 100 String Cheese shows over the past decade, I can say, Kyle crushed the keys and the band jammed seamlessly.

As 8:00 approached, last call was made along with a frown on my face and the back was broken down, then transformed to the normal Fillmore dance floor so Hoppy Holidays could commence. Kyle Hollingsworth Band took the stage, bringing some new original tunes with a side of Cheese infused jams that put a smile on my face. Having seen almost 100 String Cheese shows over the past decade, I can say, Kyle crushed the keys and the band jammed seamlessly. With all the the right ingredients stashed inside The Fillmore, there was only one thing that could put a Heady Topper on this evening, The Infamous String Dusters. I wish I could give you a more accurate description of the show, however, at this point in time my brain was wet, having consumed a heroic amount of delicious high alcohol percentage beer over the past six hours, you didn’t think I stopped at 8:00 did you? I had to go back to the photo pit and get some “shots” of The Dusters. However, the jams were so flawlessly fiddled that I couldn’t help but put down the camera and watch. With that being said, a close encounter with The Infamous String Dusters is no joke. These guys can shred grass like nobody’s business and it was a pleasure to have them take part in this event to say the least. In short, if you want to really see what this is all about, you will have to go check it out next year. However, there is no way that this will be an easy ticket if it happens again. 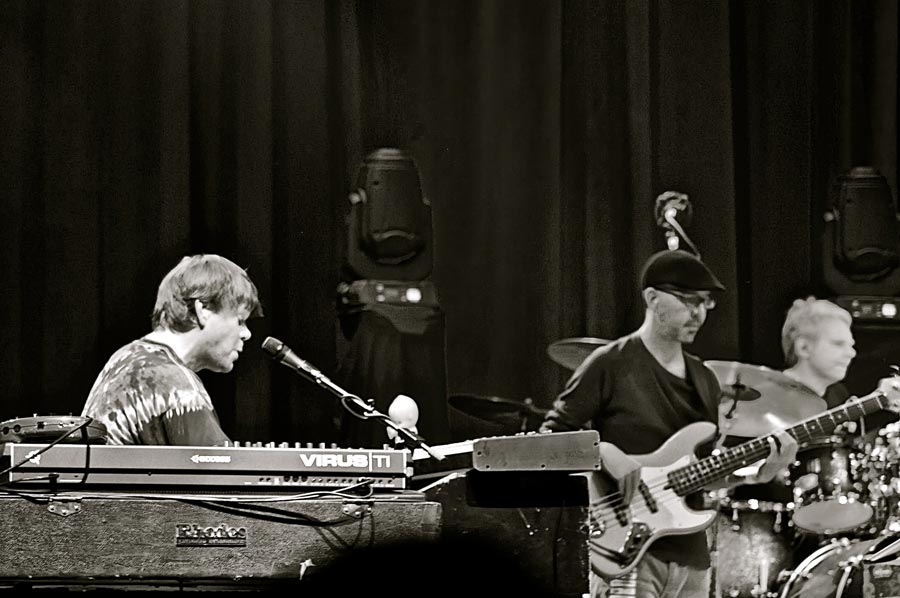 Talk about beer for your buck and jams for your head. The advance ticket price of 27.50 is not a steal, it is straight highway robbery, which does contribute to a great cause. So, if jams, brews, and being a local small time philanthropist sounds alright to you, keep your eyes and ears open for the next time Kyle Hollingsworth announces a Hoppy Holidays  Beer Jam and I will absolutely see you there. 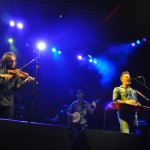 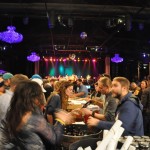 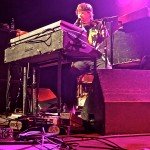 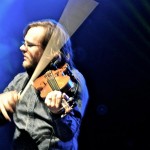 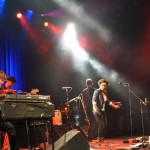 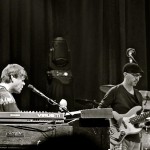 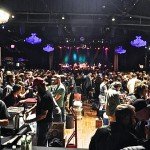 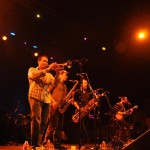