A brief chat with Lagwagon 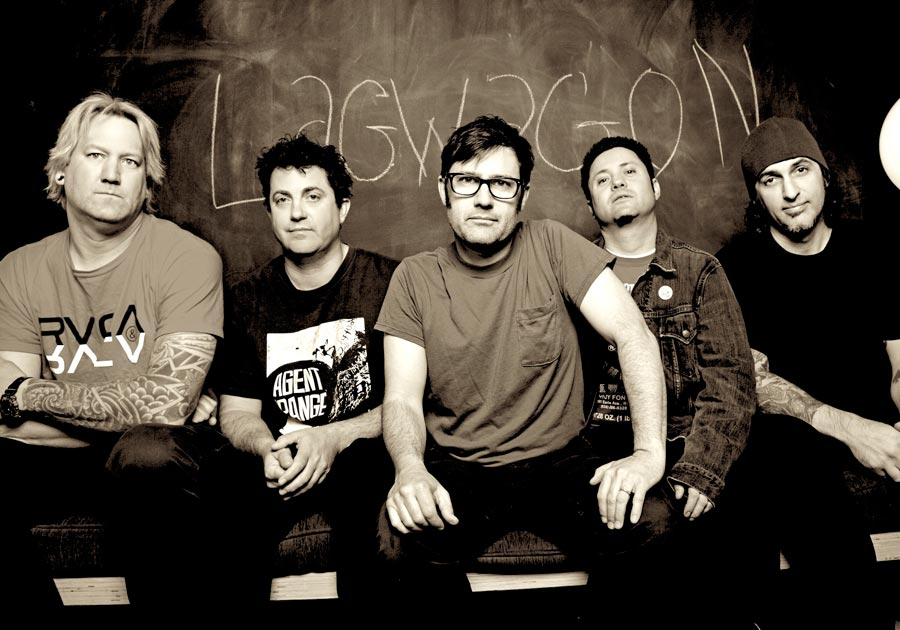 Californian punk band Lagwagon is out on tour for the new Hang album, and they hit Denver on Thursday, with fellow punks the Swingin’ Utters along for the ride. We spoke to main man Joey Cape about what we can expect.C

Yellow Scene: How has the tour been going so far?

YS: Is it fun touring with the Swingin’ Utters?

JC: Oh yeah, it’s great. We’ve known each other for so long. Bringing the Swingin’ Utters on tour with us is like having an extended family. We’re adults – we’re grown ups now in our 40’s. It’s a pleasure to consider those guys to be friends. I also love their band. Honestly, I think we might party more than we used to. We might just be better at it. It’s generally a different kind of relationship. Most of us have kids and families, and the things that we talk about aren’t quite the same as when we were in our 20’s. I talk to the Utters guys a lot about their kids and my family. That might be a little different, but we’re still drinking whiskey when we do it. Those guys are just really good guys – loyal, sweet people.

YS: Do you enjoy playing in Colorado?

JC: Oh yeah. Denver has been one of the best places for us to play since the very beginning of our band. Colorado is general is always good, but in Denver we can usually count on the shows being good. I’m not sure why that is, but I’m looking forward to it. That’s the last show of the tour. It’s kind of a perfect place to end the tour.

JC: Well, we play a mix of music from all of our records. There’s at least one song from every record. There’s a lot of new material; our new record Hang just came out in October, so we’re doing a lot of that because that’s the freshest music that we have so there’s a certain amount of being self-indulgent when you play a set – you want to play the songs that are freshest and you’re most passionate about. It’s a solid set.

JC: Dave Raun, the drummer, and I play in another band called Me First & the Gimme Gimmes, and the moment that this tour is over, we fly to the UK for a tour with the Gimmes. Lagwagon has six months touring next year. We’re booked solid through the end of the year next year. It should be great, staying busy.