A brief chat with Boombox 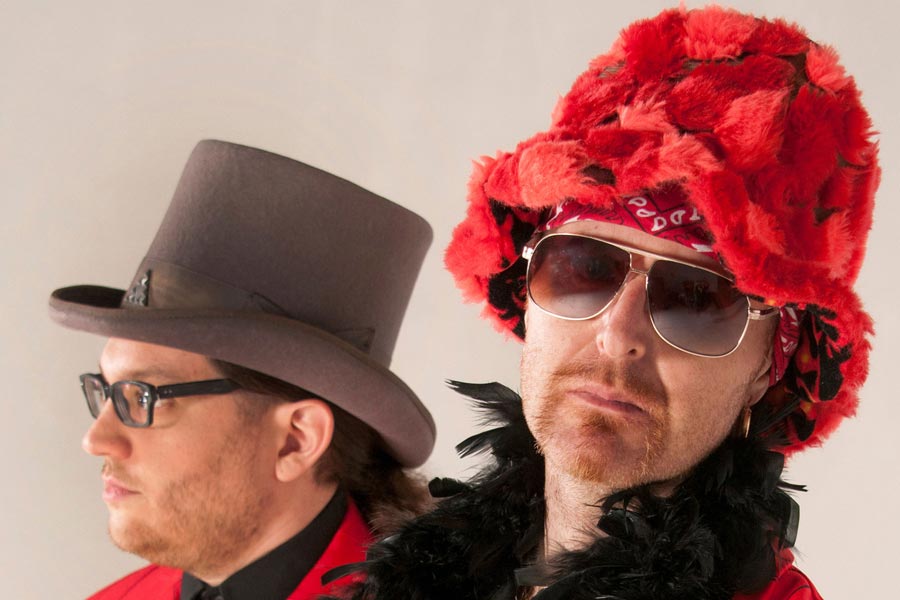 Electronic music duo Boombox, composed of multi-instrumentalists Russ Randolph and Zion Rock Godchaux, will be performing three shows in Denver and two in Frisco building up to the New Year, so we had a chat with Godchaux about what we can expect…E

Yellow Scene: When did the group come together, and what was the mission?

Zion Rock Godchaux: We pretty much officially started Boombox in 2004, and I guess primarily we were wanting to channel all of our influences that we have grown up with into a single sound or style, and figure our how to perform this music live. You get to be electronic, you get to be organic, and it has all these parts to it. It took us a while to figure out how we were gonna be able to perform this stuff.

YS: How do you describe the sound, for the newbie?

ZRG: Again, it’s a mix. Dance music, rock ‘n’ roll, it’s got blues in it, it’s funky, it can be reggae-influenced. It’s all of those things, wrapped up into a ball and pumped out through good speakers. That’s what we’re trying to do.

ZRG: Oh yeah, we’ve been playing Colorado for years. It’s definitely among our top favorite spots for sure.

YS: What can we expect from these sets?

ZRG: We have a New Year’s set, and an anniversary show at the Ogden. For the anniversary shows, we’re having Brad Guin who was the sax player on our debut album Visions of Backbeat – he’s going to be flying out to sit in on saxophone on those nights. We’re really excited because, a lot of our recorded stuff, especially off of Visions…, is very saxophone oriented. We’ve never had a saxophone sit in with us live, so Brad’s going to come up and we’ll do a bunch of new songs. It should be really nice. New Year’s is just going to be a good old fashioned get-down. We’ll try out new tracks and see where that goes.

YS: When those shows are done, what’s next?

ZRG: Then we’re off for a little while, at least for the next week or so. We’ll head up to the Mid West, and we’re doing a couple of nights in Chicago. We’re playign with Galactic in New York too.