Eoto at the Ogden 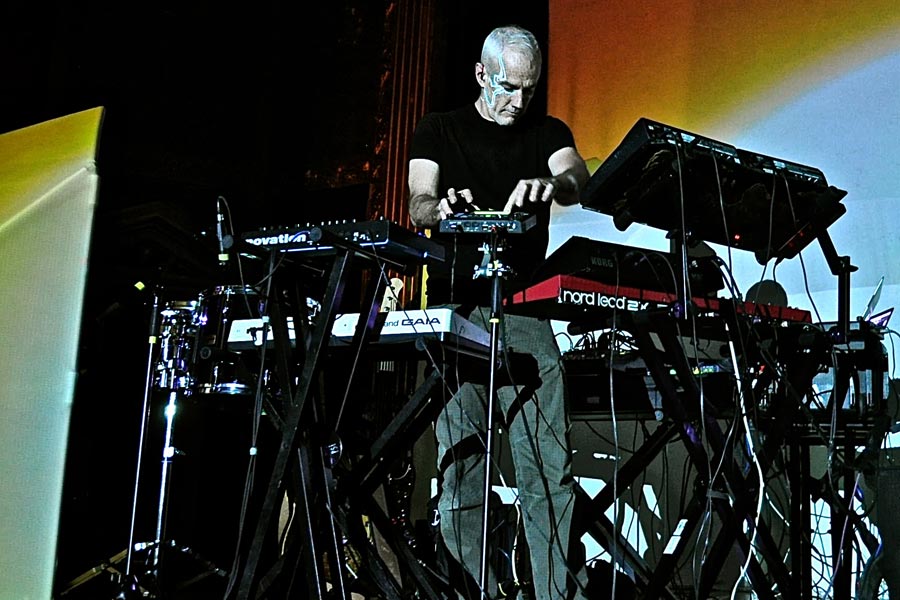 It has been about eight years since I last saw EOTO, which is right around when the group formed out of Boulder, Colorado in 2006. EOTO consists of Michael Travis and Jason Hann, (both drummers of the String Cheese Incident) a guitar, bass, mandolin, bongos, drums, and a slew of electronic gear. On Saturday night I decided to probe a couple friends, as well as the crowd, and in turn realized very quickly that no one really knew what EOTO stood for. The responses I received were all over the place, shedding light on the possible acronym, including but not limited to the following breakdowns, such as “Eisenhower Often Toked Oregano,” “Extremely Open Tech Orchestra,” “Earth on the Opiates,” “Escalated Oscillation to Order,” and the supposed original “End of Time Observatory.” Additionally, some Japanese fans were quick to point out, it means “good sound” in Japanese.I

As I entered the Ogden, I tried to think about my last EOTO experience and I couldn’t really imagine what I was in store for. All I knew was that it was going to be some livetronica, with a touch of some crunch-step as I like to call it. Heading in, I grabbed an ice cold Sierra Nevada around 10:00 p.m. and hit the floor. Once again, I quickly pondered my age old questions of, how is it possible that Colorado has some of the headiest beer on the planet, yet all the venues are still locked into such a dismal selection. Some Drum and Bass was being bounced around on stage, snapping my brain back to the show, and a quick glance around the room quickly let me know that I was a standard deviation above the mean age bracket.

At this time, Missoula born, Denver based, Signal Path was on stage, warming up the crowds synaptic gaps with a sound hard to describe if you have never heard them. They can go from light ambient electronic and have the ability to cross into the “Harder” Jamtronica. One thing that I have noticed over the years is that many of these Jamtronic bands start looping and layering to the point where sound is distorted and the jam becomes too busy. While Signal Path on recording is crystal clear, somethings simply don’t transfer over that well into a live setting and should be best left to a digital format. In their defense, some of this can always be attributed to the sound system of the venue. Regardless, they definitely offered a complementary pre-cursor for the evening and set the vibe for EOTO. 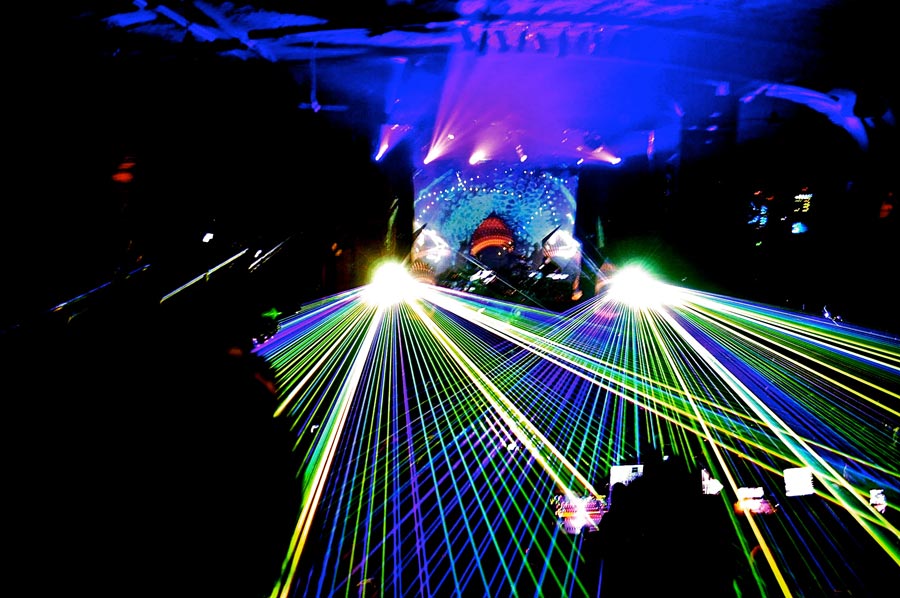 At 11:00 p.m. EOTO took the stage on the dot, greeted the crowd, and laid down key bits of information for noobies and jaded vets alike. Microphone in hand, Michael Travis let it be known, “We are 100 percent live and improvised, no-preconceived tracks, no pre-recordings. We are live and in the moment.” While this came off as a disclaimer and a warning, at the same time it set the foundation for the evening. It was also this, that reminded me I was locked in for an experimentally extemporaneous good time. You have to ride the wave and you are either on the bus or off the bus with EOTO. 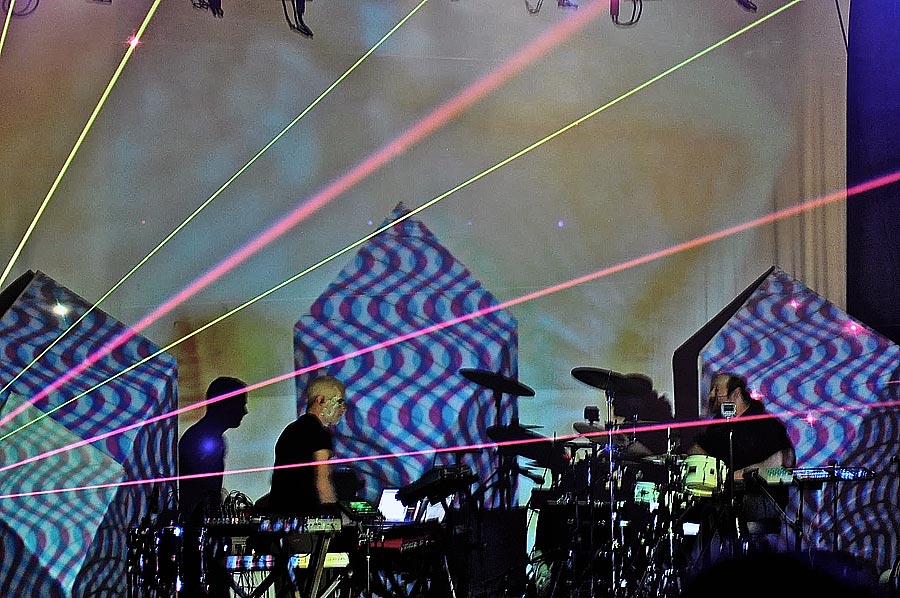 Patience, timing and layers are three words that I think fit with EOTO. They do not just give you the “peak” on a silver platter. There is no elevator to the top. You have to be patient and wait for it. If you didn’t know that this was how things operated, you might have walked out during the first 45 minutes of the first set, which I actually thought about doing. It’s not my fault. It’s the age of instant gratification with electronic music, and I am not that patient. Plus, in my honest opinion things started off a little rocky. No, a little weird. The music just wasn’t that great and the stage set-up looked a little weak. Wait, this is what is supposed to be. A live, experimental, electronic, jamtronic session, looped and layered. I drank another Sierra, and things started to heat up. Then, magic started to happen. An amalgam of layers began to grow thicker than your moms lasagna and the guys started to hit their groove. It was right around this time that The Ogden transformed into a swirling matrix of variegated technicolor patterns and laser beams dominated your occipital lobe. It all clicked at once, and I couldn’t believe this was not set-up, staged or choreographed. The show took a total 180 degree turn and snap-crackle-popped off to outer space for a bit. Fair warning, EOTO is a wild ride and you have to take the good bad and the ugly into account. In the end, it is a different experience. An evening with EOTO is about being present and you need to be able to morph into what they throw at you and roll with the punches. 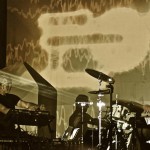 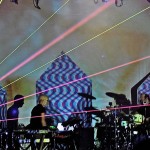 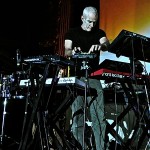 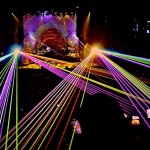 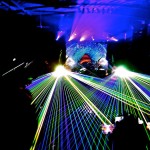