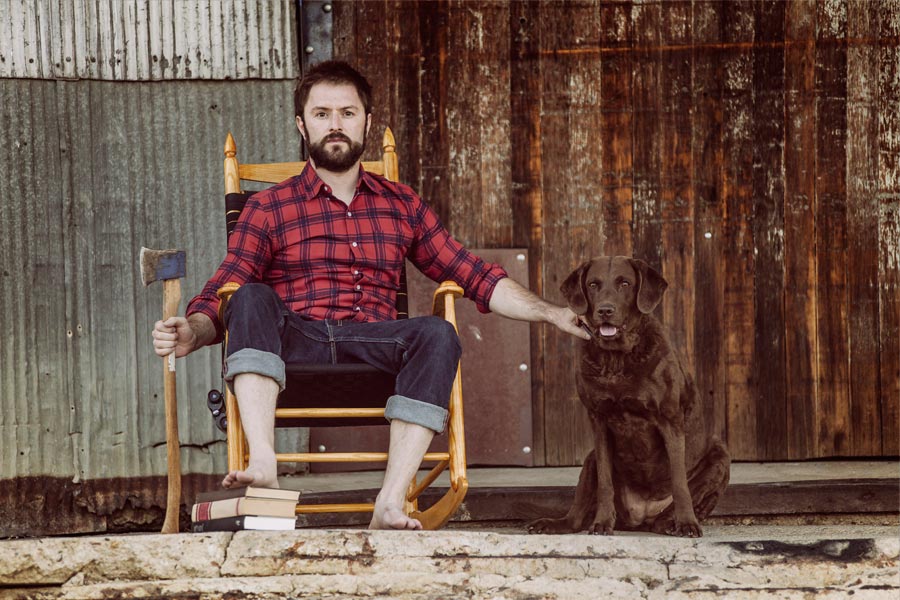 Not only is Adam Cayton-Holland one of the funniest people in Colorado. Not only is he part of the Grawlix comedy collective (including Andrew Orvedahl and Ben Roy) that created more buzz about Colorado comedy than anyone has since Josh Blue. Not only does he have a sweet beard. But he’s also just got his Grawlix-developed TV show (and smash Amazon success) Those Who Can’t picked up for a pilot reshoot option by truTV. In other news, truTV apparently does comedy now. Here, Adam talks about why Colorado comedy kills, how to manage a life built on comedy, and comedy.N

Yellow Scene: First off, for those who missed the Amazon contest, can you give us a quick summary of what Those Who Can’t is?

Adam Cayton-Holland: Those Who Can’t is a show conceived by myself and Andrew Orvedahl and Ben Roy, a.k.a. The Grawlix. Basically we just play inept teachers in a struggling public high school. The show is set in Denver.

YS: Take us back to the inception of the idea and how you got all the way to filming the pilot?

ACH: Well, we started doing a web-series awhile back called The Grawlix, which just kind of chronicled the behind-the-scenes of us putting on our (live comedy) show and was filmed by the Nix Brothers, these amazingly talented directors. From the first one we put out, people really started responding to it. Then we started getting some attention for it in Hollywood. People wanted to know if we had ideas for TV shows. We came up with a Grawlix script but then eventually we changed the world (in which it was set) and made us all teachers. From there things kind of snowballed. Eventually we got the chance to film the pilot for Amazon. We filmed it in Denver at East and Manuel (high schools) and Amazon showed it and it killed. Had the highest viewer rating of any of their shows. For a while it looked like we were going to get picked up and be an Amazon show. Then that fizzled. Now we’re with truTV!

YS: How did truTV get in the mix?

ACH: truTV is changing their brand. They’re converting into a comedy network. It’s funny, the girlfriend of one of the execs there saw the show and loved it and she told her boyfriend tru should pick it up and they did. We’re their first “scripted” — meaning they’ve done non-scripted or partially scripted (shows) like a sketch show or a prank show; we’re their first scripted sitcom. We’re pumped. Amazon showed the pilot that we made and tons of people saw it so a lot of folks in the business were aware of Those Who Can’t and were curious as to what became of that show.

YS: Why would they reshoot the pilot? Is it going to change much from what we already saw?

ACH: Because we did the original on a shoe-string budget. Like, no money at all in TV terms. So you kind of want to do it with a proper budget, make it look a little better. We also had no network notes or anything first time around. This time there is a bit more input. So it’s about 60 percent the same, 40 percent different. It’s way better, way tighter and funnier.

YS: It seems like the Grawlix has been the epicenter of a great comedy wave from Colorado, and it’s been getting the state some long-overdue attention. What’s your take on it?

ACH: I agree it’s overdue. Colorado produces so many funny comedians, it was only a matter of time that people took notice. Word is out. Most people in the stand up world know that Denver produces killers. For larger, national recognition, though, you need TV credits and all that. Hopefully we can signal the beginning of that. We’ve always considered ourselves flag-bearers, now we’re waving that flag on TV. Hopefully more do the same. Start writing scripts, young Denver comedians!

YS: Who are some other local comedians we should be looking for (aside from Ben and Andrew)?

YS: Is there a “Colorado sound” when it comes to comedy? If so, how would you define that?

ACH: I think if anything, it’s funny first. Colorado doesn’t tolerate a lot of BS or preciousness when it comes to comedy, so you get these amazing joke-writers. Funny first.

YS: What’s the best thing about comedy in Colorado? And what’s the worst?

ACH: The best thing about Colorado is how many great comedians there are right now. And how there are good shows every night of the week. I think people will look back and say there’s a real renaissance going on right now. The worst thing is that I’m not there enough to see it all.

YS: What’s the most important lesson you’ve learned through the process of shifting to doing comedy full time?

ACH: My dad said it best: “peaks and valleys.” There will be peaks and valleys in this type of career, in any type of creative career, so you can’t let them bog you down. Try not to experience your lows too low, or your highs too high, take it even-keeled. That advice has been remarkably helpful.