The Lafayette Oatmeal Festival is Oat-standing 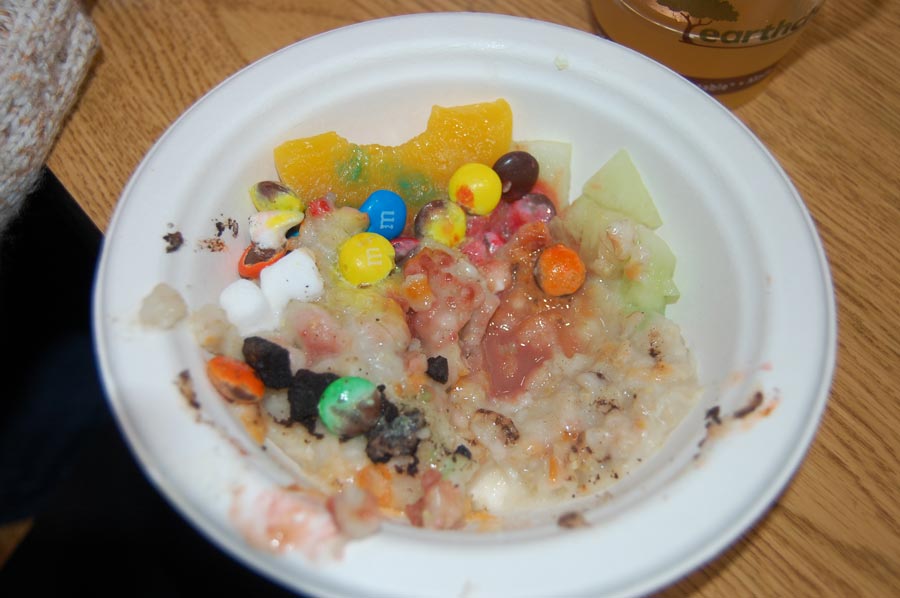 Sorry about that title, we simply couldn’t resist. We feel that we get away with it, however, because of just how surprisingly cool this annual event, which took place on Saturday (Jan 10), was.S

Not long after moving from Michigan to Lafayette CO, we learned that the city hosts a summer Peach Festival, and a winter Oatmeal Festival. Not gonna lie – this caused a little bit of laughter, and minor league jabs like, “Why stop at oatmeal? Why not have a granola festival? Muesli? Count Chocula?” In short, it’s tough to understand why one cereal deserves an entire festival (not an “event” or a “day” mind, but a whole “festival”) until you’ve actually been there.

So here’s the drill. We arrived at about 10 a.m., and learned that in Oatmeal Festival terms, this is not early. In fact, many people have finished the festival fun run by this time, and many more are about to finish. There’s a health fair in the rec center, which basically involves getting free pens from countless booths supporting everything from children’s eye care to breast cancer. Our awareness raised, we went on to the oatmeal breakfast at the nearby school.

This is where it gets cool. We went in, paid, and picked up a cardboard bowl and tray. This is filled with oatmeal from large vats. The procedure then involves walking down one line after another and choosing from the countless food-stuffs on offer to plop on top. The choices ranged from the regular (syrup) to the bizarre (cheese, bacon), the healthy (fruit) to the very unhealthy (lots and lots of candy). The editor had to seriously restrict his son’s candy intake, as his eyes went crazily wide.

Turn a corner, and there’s oatmeal pancakes and oatmeal banana muffins on offer. It’s a veritable oatmeal frenzy. There’s also a guy dressed as a tube of Quaker oatmeal wandering around high-fiving the kids (outside, there are also inflatable tubes and bowls of oatmeal). They really ran with the theme.

Sitting down to eat, we are surrounded by ultra-healthy people who just finished their run and are discussing their finishing time. We make a vow – the editor WILL do this run next year. Time to get in shape.

To be fair, all joking aside, healthy eating (and living) is the theme of this event (despite the presence of the candy) and it’s a worthwhile theme, even though there’s an overwhelming feeling that, here in Boulder County, they’re preaching to the converted.