A brief chat with Twin Forks 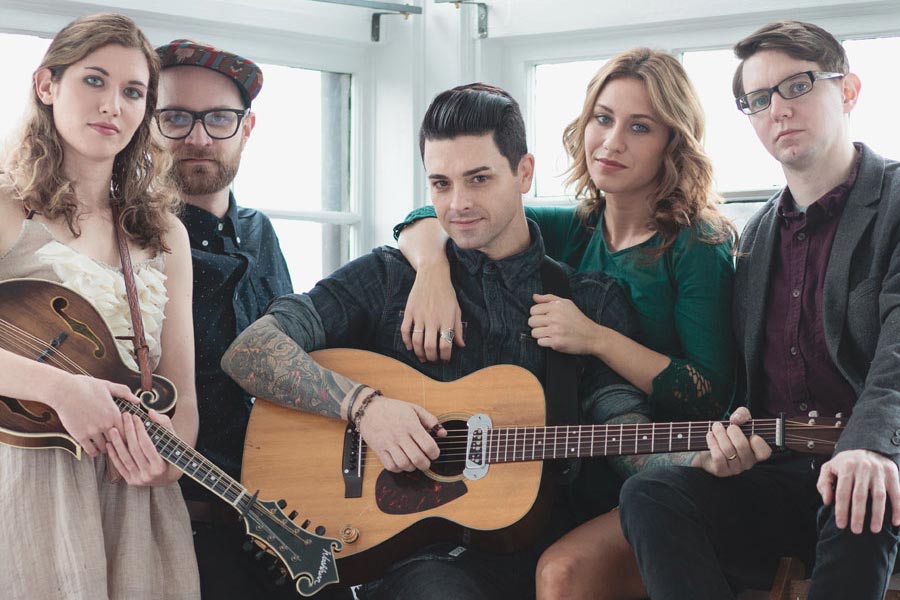 This Friday, Nashville-based Americana band Twin Forks, led by Dashboard Confessional man Chris Carrabba, will be playing the Larimer Lounge so we spoke to Carrabba about his two bands, and what we can expect from the show.
T

Yellow Scene:How much of a balancing act is it, having two bands in Twin Forks and Dashboard Confessional?

Chris Carrabba:I guess it’s by instinct and by frankly desire. Obviously, it would be silly to have to clarify that I love Dashboard and I love my bandmates – of course I do. I certainly have a massive respect and two-way relationship with our fan base. All that said, I’m just enamored being in Twin Forks for the same reasons. It’s different music and different people. I’ve always enjoyed being a builder, and it’s quite a bit of fun going back to the start and build things up again. I guess the balance has been weighted in favor of Twin Forks for a while now. At some point, I think I’ll feel like I just can’t wait any longer to do Dashboard because it’s always ringing in my ear, especially when we do a show here and there. We’ve done one show in four years, but it was electrifying. I couldn’t believe the response from the audience.

CC:The band and the people in it all live in one place. The people in Dashboard, I don’t think we ever lived in the same state except for a brief period. The reason we [Twin Forks] moved to Nashville, I think there are about three places in the country that I think this is true of and Denver being one, North Carolina being the other and Nashville being the third, they all have a massive communal music community. A well-fostered arts scene. The people appreciate it because there’s so much of it. All three of those areas are well placed geographically to tour from. If it was a different era in my career and I was moving somewhere to “make it,” I’m not sure I would notice those things first.

YS:Has there been any stylistic growth or change between the Twin Forks EP and LP?

CC:It was all recorded mostly at once. I would say that there was during the course of the recording, because we did take three years to record it. I don’t know why we chose the four songs that went on the EP first. We had the luxury of time to grow, to find that unified voice. As soon as we stated touring, that’s when another level of growth begins. When we started this band, it was probably more centered around mid-temp finger-picking arrangements. Somewhere along the way, we morphed into roots-folk, and we accepted our Irish roots and bluegrass roots, so those things are showing up in our music. That’s how growth should be – measured.

CC:I love Colorado. It’s a strange thing. I’ve always loved it. I travel there – I’ve gone there a lot to visit. Our drummer in Dashboard’s family is there, so we’ve gone there a lot. I have close friends there. It was always a good market for Dashboard, but it was never near what our best markets are. There was a preference for my solo shows there – I don’t know why. The pace of growth there with Twin Forks is surprisingly fast compared to what I was used to with Dashboard. That’s rewarding, because it’s a coveted place. Anyone who lives anywhere in the country – you want to excel in those certain music scenes because they have taste and it validates what you’re doing. They’re truly informed listeners, which makes them pretty good critics.

YS:What can we expect from the set?

CC:We’ll do a few covers because, in all my bands, that’s one of my favorite things to do. What you can expect for sure is a very joyful experience. We get to celebrate just how much we enjoy being musicians together. That was the whole purpose for forming this band. I didn’t feel the need to start another band, but when I sit with this people there was an infectious joy that you couldn’t ignore. We’ll play the songs that represent us best live, and we also tell a lot of jokes. And we’re also looking forward to being out there with our friends Secret Someones and Jukebox the Ghost. Traveling with other bands that you love has a way of making what you do on stage unpredictable. The stakes are raised, and you’re in some way influenced by something that one of the other bands did three nights ago.