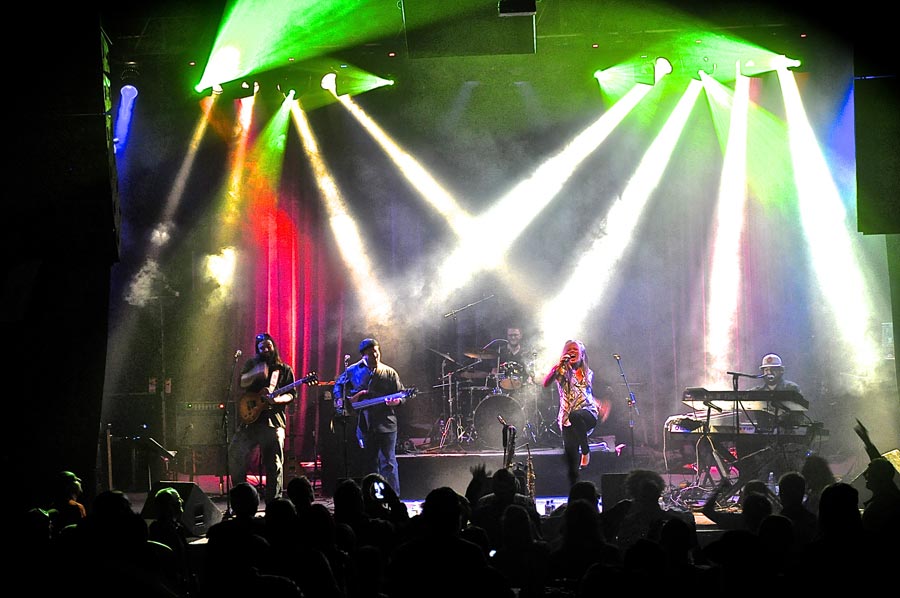 The Fox Theatre is quite possibly one of my favorite small venues in the United States of America. Having seen easily over three hundred shows there, with everyone from Bone Thugs N’ Harmony to the Disco Biscuits over the past 13 years (I used to live on 13th street), it was an honor to step back into the venue working for the music community. Friday night was a couple of new bands for the head, which made me realize how consistently spoiled we are with music in Colorado.T

If experimental psychedelic rock and funk are your jam, then your feet would have been best planted in the Fox Friday night, which gave way to two well-rounded performances by The Recovery Act and Pink Talking Fish. Having never heard of either of these bands, I walked in with no expectations or preconceived notions of what was in store for the evening. I did however gather that Pink Talking Fish would be a gallimaufry of three bands I love (Pink Floyd, The Talking Heads, and Phish), which kept making me think of Blinky, the three-eyed mutant fish from The Simpsons. To be fair, my friend Brad who was joining me for the show did tip me off to The Recovery Act being a funky good time and mentioned they would be throwing down some Stevie Wonder. The final word on the sound and quality for the evening would come from Mike Prybylo my father, a long standing Pink Floyd, Talking Heads, and Phish fan, in town for the weekend on a pitstop to Salt Lake City.

As soon as we stepped in, the Recovery Act was in full funky form. They deserve a very notable mention here. They are local via Denver with five extremely talented members, throwing down big deep funky grooves, with vocals to match. Additionally, they added a few special guests in the form of some big brass that let you know it was game time. The Recovery Act shuffled up a solid set of Stevie Wonder. Beer was spilled, booties hit the floor, and The Fox had funky vibrations in the air. This band plays extremely tight, and I would highly recommend seeing them next time they are playing around town. 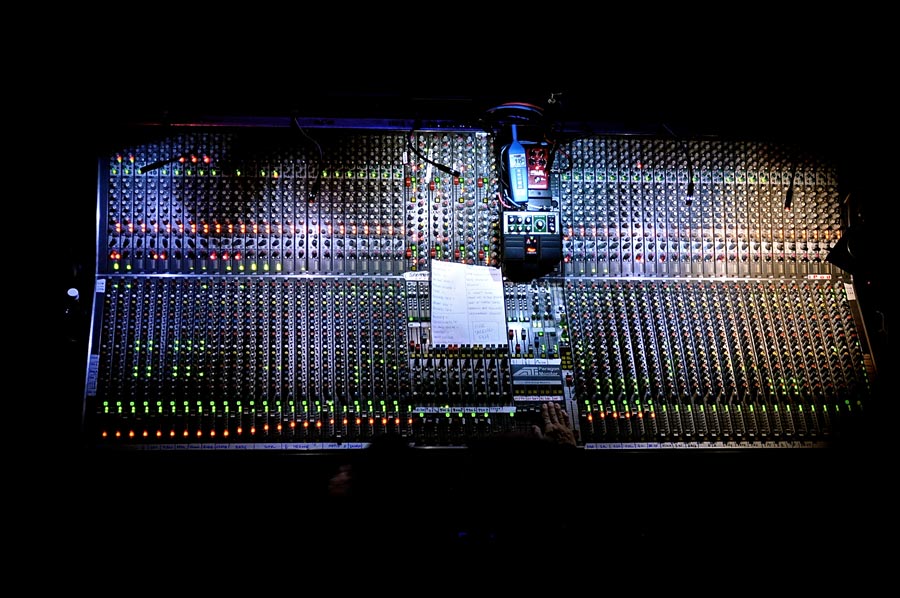 After a short set break Pink Talking Fish stepped up to jam. At this point I honestly wondered how a cover band following up on a cover band could make my night. I even wondered why I was at the Fox to see such a cover band. Someone in the crowd heckled the band by shouting, “Play something original.” At this point I thought I was going to be in for a cheesy evening. It did start off with a classic Pink Floyd orchestrated Breathe. I drank a beer and thought, man are they just going to play covers? They have some gigantic shoes to fill. Then things got real, real fast. They were not just playing covers, they were getting comfortable on stage before they laid into the crowd. While the guys are not much for vocals, these guys can jam, and jam they did with seamless transitions, taking you on an extemporaneous journey through time, which I can only imagine is akin to a choose your own adventure every time they play together. While Eric Gould on bass is the founding member from the band Particle, a slew of artists join them on stage from show to show, with Pete Wall a Denver saxophone fixture and Adrienne Osborn joining them Friday evening on smashing saxophone, clarinet, and vocals respectively.

As a serious Phish fan, Pink Floyd and Talking Heads were just bonus jams for me at first. I was having fun trying to decipher the teases and twists happening within each jam. Then, I realized that I didn’t even know what jam I was deciphering within the jam, and it hit me. I was lost and confused. They won. This is when the lightbulb went off and I realized that they were jamming so hard within a jam, that I didn’t know what band they were playing anymore until they brought it back (see setlist below). This was a personal highlight for me, well, that and Mikes Song, which of course, made me smile, since I was with my dad, Mike. Beer and cheers were had, and after the show, Mike looked at me with a huge grin and said, those guys were outstanding. Mike is a tough crowd too. The final verdict for me is that Pink Talking Fish is a fun jam worthy mashup, worth experiencing if you are looking for something strange with a new twist on the old.

Setlist:
Speak To Me
Breathe
Down With Disease
On The Run
Psycho Killer
Time
Divided Sky
Great Gig In The Sky*
Divided Sky
Money**
Crosseyed And Painless**
Us And Them**
Ghost
Any Colour You Like
Ghost
Burning Down The House
Makisupa Policeman/Brain Damage Mashup
Life During Wartime***
Down With Disease Reprise
Eclipse*