10 Must-Have Spices for Every Kitchen 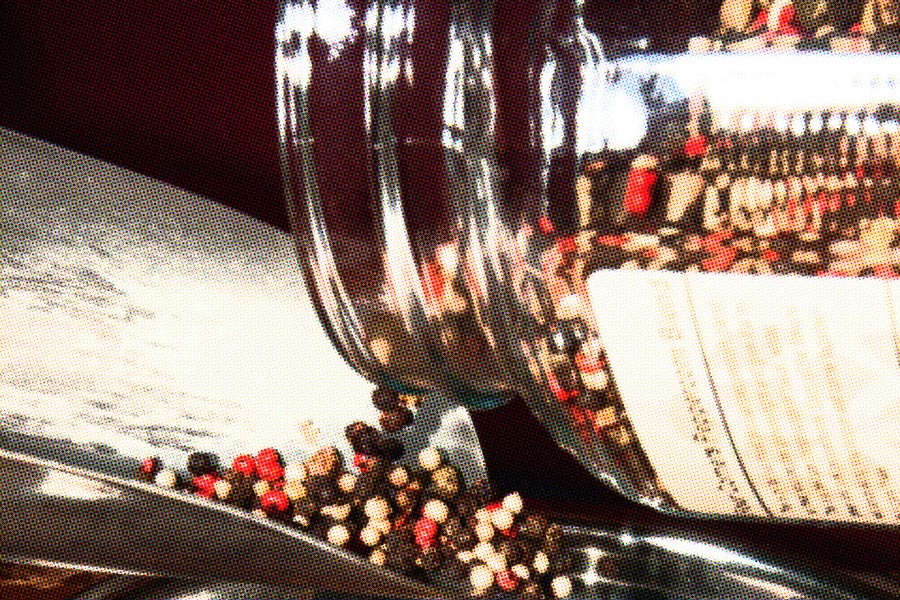 Black peppercorns grow in clusters on a vine found in tropical and subtropical areas and is believed to have originated in India and Indonesia. The majority of pepper sold in the United States comes from Viet Nam.

The small berries are picked just before they are ripe and, for black pepper, dried until the outer hull turns black and shrivels. White pepper is allowed to ripen, then picked, soaked in brine and dried, after which the black outer shell is removed revealing a pale white inner seed.

Black pepper is slightly hot and pungent, but much less spicy on the tongue than chili peppers. White pepper is much less pungent than black and was developed by the French for use in light colored sauces. Green pepper is spicy, but not as hot and somewhat earthy. Pink pepper is actually not pepper at all, but the berry from a Peruvian or Brazilian pepper tree. They are members of the cashew family, so people with nut allergies should beware.

Black pepper is best kept as whole peppercorns until it’s time to use them. Grinding into soups, onto steak or other meats, and on fresh vegetables is its most common use. Pre-ground pepper can lose its flavor quickly and even more so if exposed to sun, heat and air. However, if stored in an airtight container in a cool, dark place, whole peppercorns can retain their flavor for a year or more.

Black pepper and white pepper, as well as multi-colored mixes, are commonly found in supermarkets.

Black peppercorns have, until about 300 years ago, been considered highly valuable and were worth their weight in gold at one time. In fact, a sizeable container of whole peppercorns from the grocery store could, in 5th century Rome, have purchased a sizeable estate and Lamborghini to go with it. The Italians had a stranglehold on the spice trade during the Middle Ages, which was one of the primary factors in Portugal, Spain and England, among others, funding explorers to find a western route to India, China and the Far East. They didn’t find a direct route, but they did run into the Americas.