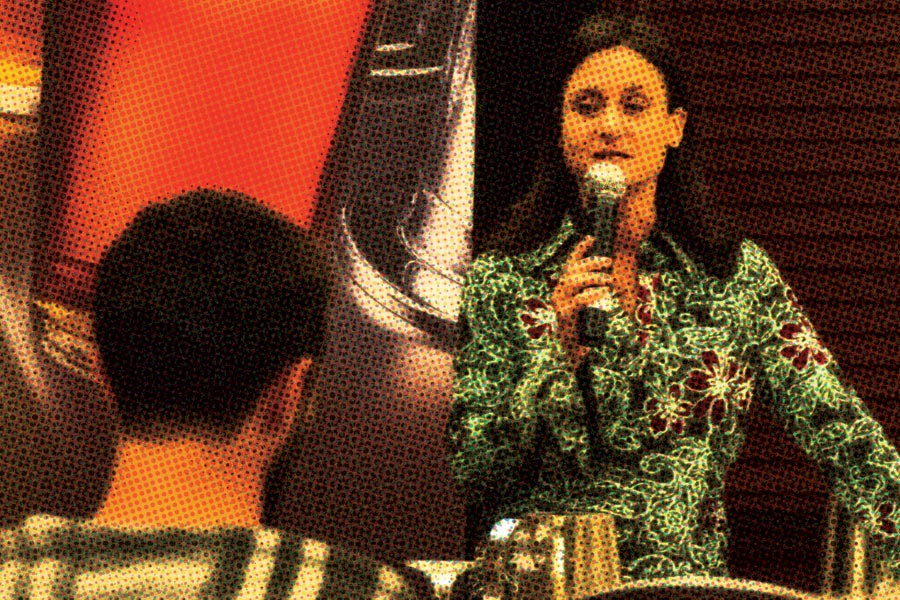 Julie Herz and Chef Adam Dulye from the Brewers Association are having a good o’ time at a beer and food pairing seminar at the 2015 Big Beers, Belgians and Barleywines Festival held at the Vail Cascade Resort and Spa. This was the first public taste of the new interactive CraftBeer.com Food and Beer Course the two created and made available free from the website.

Being a beer geek and a foodie are easily the best combination of gastronomic snobberies there are, especially on the Front Range. Colorado craft beers in general, and Boulder County breweries in particular, are counted among the best of the best in the country. And the food scene in Boulder County is hotter than a Chic-fil-A deep fryer during a Promise Keepers confab.B

So it’s no wonder that craft brewers and culinary rock stars have taken to marrying their fine creations with heavy doses of premeditation and contrivance. Never in the history of beer have there been such diverse, complex and flavorful style representations. Combine that with the world-class cuisine being served up in virtually every corner of Boulder County on any given night and you’ve got a recipe for some serious tongue induced eureka.

And everyone seems to be getting in on the pairing action; from guerrilla food truckers rolling up on pretzel pushing tap rooms to chichi chefs charging top dollar to hook you up with some modern edible alchemy and a can of viciously hopped IPA. Anyone with a trained tongue knows when he or she hits a homer. As a result, there is a fairly robust body of work on beer and food pairing, according to Julia Herz, Craft Beer Program Director for the Boulder based Brewers Association.

“This is not a standardized lexicon, We have a sensory sounding board and we are working on parsing out and getting together a list of pairing terms and making it available to the public.”

But being immersed in this new pairing trend and seeing what is happening from the perspective of a certified Cicerone and beer judge — not to mention her history as a journalist — Herz and her colleagues at the Brewers Association saw that the growing body of work is missing a key ingredient: consistency. Not in the type or quality of the beer or food, but in the vocabulary and descriptors used to talk about what something tastes like and how well a pairing works and when it doesn’t.

“This is not a standardized lexicon,” Herz said. “We have a sensory sounding board and we are working on parsing out and getting together a list of pairing terms and making it available to the public.”

It may be picking nits, but if someone uses terms like “harmony” and “echo;” “complement” and “contrast” interchangeably, there’s a lot of room for confusion, especially among those not steeped in beer or foodie culture.

The fix for this is a brilliant one. Herz, along with Brewers Association Executive Chef Adam Dulye (pronounced DOO-lee) — yes, the BA hired a full on chef — have written the book on pairing beer and food and, if you take the time, it will school you on it too. Literally.

The 65-page craftbeer.com Beer and Food Course they’ve developed can be downloaded for free online. It debuted at last year’s Great American Beer Festival (Dulye is also the culinary consultant for the GABF’s Farm to Table Pavilion) and has been adopted for use as a five day intensive class, complete with final exam, by a growing number of culinary schools and universities around the country.

Like any good beer textbook, the “Food and Beer Course” contains a thorough overview of the history of craft brewing in America, explanation of the brewing process and its ingredients, overview of styles (complete with color photos) and a glossary of terms. There is a lot of great information on tap and regardless of whether you’re new to the beer scene or a veteran home brewer, the text will teach you something new. 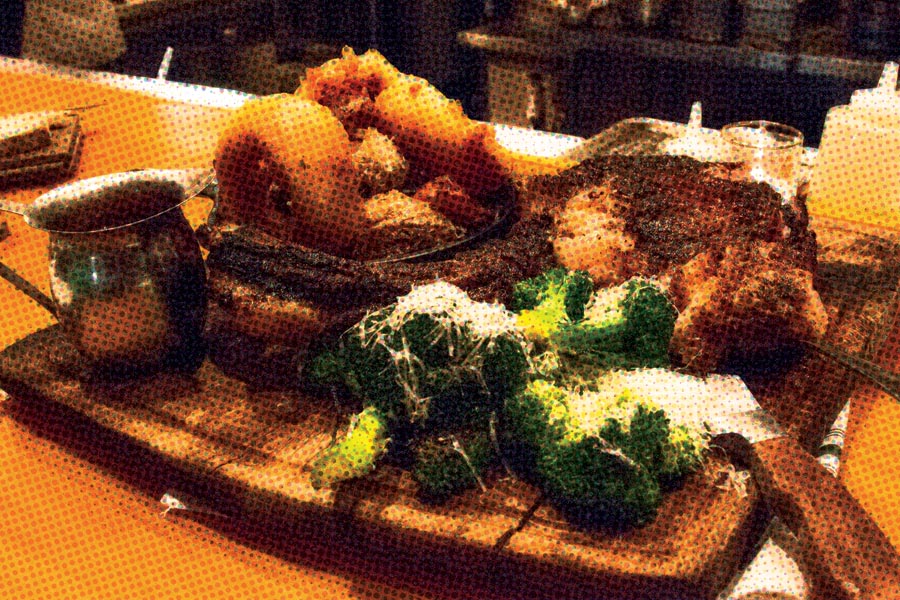 The course goes on to talk about flavor profiles in beer and offers up descriptor and, best of all, styles that exhibit the various flavors and characters. Looking for some caramel? Grab an English-Style Pale Ale or Extra Special Bitter (which IS extra special, but NOT bitter) like Left Hand’s award-winning Sawtooth Ale, and drink and learn.

After discussing proper glassware, how to pour, nitrogen, temperature and other elements, the rest of the course contains a series of interactive tastings and pairings that highlight characteristics of beer styles and descriptive terms to describe those styles. Here is where you take your course to your well-appointed liquor store and go shopping for beers that exemplify various flavor, aroma and appearance characteristics. These elements of interactivity make this course a unique and highly effective teaching tool and the Brewers Association even sells a beer flavor standards kit to help you identify flavors and aromas that should and — most importantly — shouldn’t be there.

“If you appreciate fermented beverages, why not think about what you’re drinking and how it goes with what you’re eating, go to a more enhanced place.”

“If you appreciate fermented beverages, why not think about what you’re drinking and how it goes with what you’re eating,” said Julia Herz, Craft Beer Program Director for the Boulder based Brewers Association. “Go to a more enhanced place.”

The food part of the course is just as well done as the beer. The course offers helpful rules of thumb — pair each dish as a whole palate experience; don’t just pair to the main ingredient — and pairing practices: Do you want the beer to complement the food or contrast with it? Cut through certain flavors? Cleanse the palate?

The food part of the course starts with cheese, illustrates various approaches to complementing, contrasting and cleansing cheeses with beers and then guides you through what works and what doesn’t with an interactive pairing using a variety of foods with a single style of beer. For example an American Stout paired with dark chocolate, grilled N.Y. Strip steak, blue cheese and oyster on the half shell. This section is truly eye-opening and while it can be done alone, it will be easier and more fun to do with a group of friends.

Yes, there are dozens of books on pairing food with beer, but none makes the learning process so fun and practical. Finish this course and your friends will be looking to you to pick their beer when you go out to eat. They’ll be grateful and you’ll be the pro, exercising your new-found status as a beer geek foodie.

“Pairing food with beer is personal; there’s no “right way,” Herz said. “But when you’re exposed to proven methodologies and the more you practice, the better you become.”

Breweries Per Capita in Colorado

Operating US Breweries as of November 2014