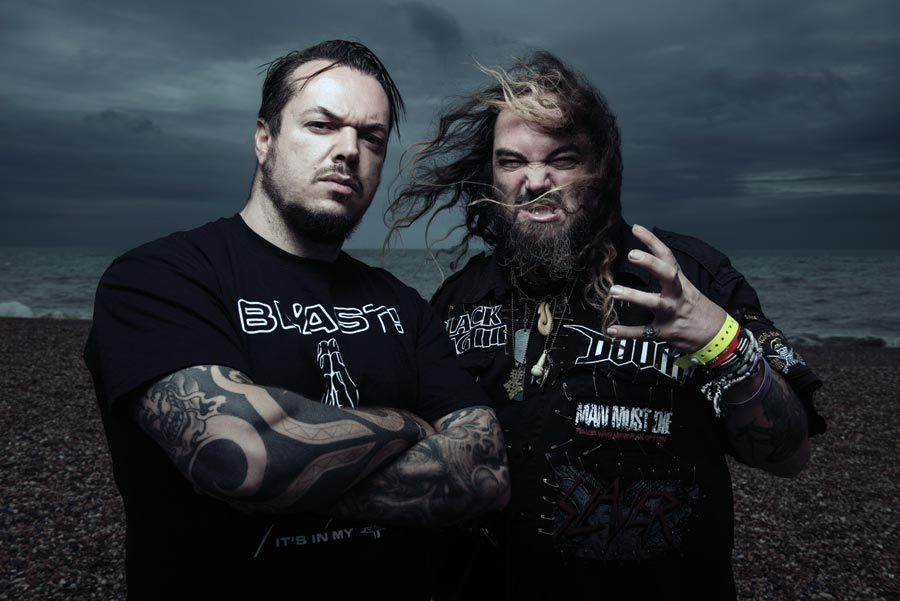 Brothers Max and Igor Cavalera played together in awesome Brazilian thrash band Sepultura until the mid-1990s, when Max left the band and formed Soulfly. Cavalera Conspiracy, formed in 2007, saw them reunite and new record Pandemonium is their third. The band plays the Summit Music Hall this month, so had a chat with Max.B

Yellow Scene: Pandemonium is the third Cavalera Conspiracy album – how do you think the project has evolved?

Max Cavalera: I think it’s good, man. There’s no hurry to put n album out every year, so there’s time between the records. I’m really excited because I think Pandemonium is the heaviest and most brutal of the three Cavalera albums. It’s the one that I think will really set the place on fire, and the songs will go down great with the circle pits and mosh pits. People will want to get crazy at the shows. We’re gonna play a lot of stuff from that record, and stuff from all the records including some Sepultura stuff. Maybe some Nailbomb even. I think it’s a great package, with COC Blind and Death Angel, both classic, heavy bands. Lody Kong, my kid’s band, is opening. I think it’s a great freaking package for the fans. It should be an amazing tour.

MC: Oh yeah. Everybody loves Colorado. Even though I don’t smoke weed, everybody is talking about it. All the pot-heads on the bus say, “Colorado’s coming.” All of the shows we ever played in Colorado have been great, from the Sepultura days to now. The band is always so killer. It’s so beautiful too – it’s one of my favorite parts of America. I really like the Colorado landscape – I think it’s one of the coolest in the whole world.

YS: There’s been talk of a new Soulfly album this year – is that still happening?

MC: Yeah. I’m doing that right now. Actually, every weekend I’m doing vocals. The producer, Matt Hyde, is producing the new Deftones right now. So we did all the music for the new Soulfly, and now on the weekends I go and put vocals on it. I think I have two songs left, then we have to do the guest songs, and then it’s finished and we just have to master it. I think the release date is set for August on Nuclear Blast. It’s our tenth record, so it’s a big number. It’s not everyday that you release your tenth album, so I’m really excited for that.

YS: What’s next for Cavalera Conspiracy after this tour?

MC: We have a couple more tours planned. We have a South American tour, which is an historic tour because we’re playing little cities in Brazil that we never played before, and that actually nobody plays. It’s a very unique kind of tour, created together with a promotor with the idea of bringing Cavalera to the people that never thought they could see Cavalera. So we’re going to very, very small venues in small cities in the middle of Brazil. Then we’re doing a bunch of big festivals, like Hellfest, Download at Donington in England, and GrasPop in Belgium. Then in the middle of the year, I’ll switch to Soulfly. I think Soulfly already has a tour booked for October with Decapitated and Soilwork. That’s gonna be great.