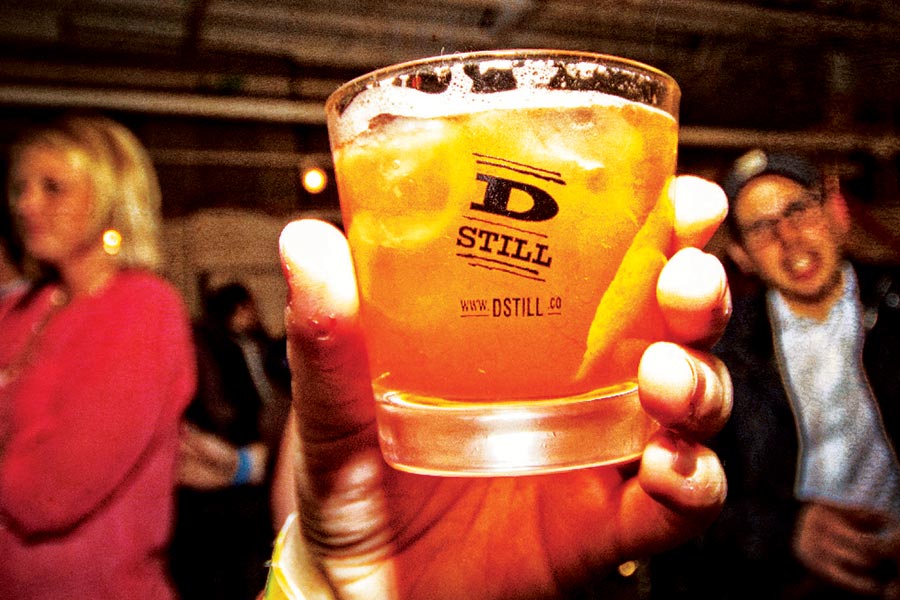 Given craft distilling’s three year Colorado growth binge, you knew it wouldn’t be long before someone took a stab at putting together a festival to celebrate craft beer’s spirited cousin.G

Now in its third year, the week-long Dstill spirits celebration hopes to do for craft spirits what the Great American Beer Festival has done for beer: build a community of educated, discerning consumers that will propel a fledgling industry focused on quality and turn it into a slayer of ubiquitous industry giants.

So far, the collection of Dstill events being held April 13-19 at various locations in Denver is headed for another sell out, according to Dstill co-founder Chuck Sullivan. Its marquee event, The Showcase, will feature more than 40 distillers from around the country, the majority being from Colorado.

“The Showcase is a chance for people to get to know the distillers and hear their stories, their experience and how they got to where they are,” Sullivan said.

The Showcase is being held April 16 at the McNichols Civic Center Building on Colfax and is limited to 1,200 people. It and the Dstill Rocks Concert at the Bluebird Theater April 14 are among the week’s premiere events. Filling out the week is a Women of Distilling, Cocktails and Culinary gathering at the Rino Yacht Club and an educational workshop with food, spirit samples and a panel discussion/Q&A with pioneering Colorado distillers Todd Leopold of Leopold Brothers, Davy Lindig of Peach Street Distillers and Len Eckstein of Deerhammer Distilling, among others.

Tastings, meet-and-greet sessions and educational events are an important part of a successful marketing scheme for up-and-coming distillers because, just as the GABF did with the craft beer revolution, smart, loyal customers are made, not born.

“Consumer events are a key element to introducing your juice to the public.”

“Consumer events are a key element to introducing your juice to the public,” said P.T. Wood, president of the Colorado Distiller’s Guild who, with his brother, Lee, own Wood’s High Mountain Distillery in Salida. “The spirits business is much more challenging than the beer business. With beer, you’re trying to talk someone out of 10 bucks and get them to take a chance on a 6-pack of something they’ve never tried before. With spirits, you’re talking $30 or $40.”

But the reward is there; how else to explain the double-digit growth in the number of distilleries both in Colorado and nationwide. In 2011 there were about 18 distillers in Colorado. Today, Wood says there are 72 holding federal licenses in the state and that number shows no signs of leveling off.

And while the festival scene surrounding spirits isn’t as robust as it is for beer, it is growing. Breckenridge will host its 6th annual Still on the Hill craft spirits festival this Oct. 23-25 and the 4th annual Denver International Spirits Competition was held March 7 and 8. The difference in these events is that only the DISC goes to the trouble to do double blind judging and awards medals. And as any brewer who’s won a GABF medal knows, they mean something and at the least add to the bragging rights for a distiller.

But medal winners or no, Colorado in general and Boulder County, Denver and North Metro Denver in particular have become hotbeds of quality hooch. And they’re just getting started.