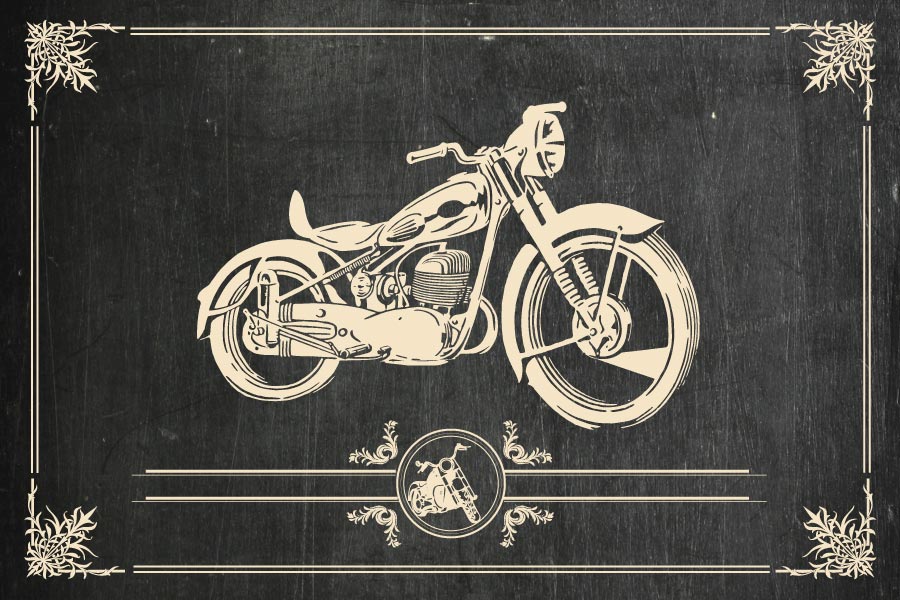 Riding a motorcycle in Colorado, and specifically the Boulder County and Metro Denver area, is fantastic. Initially, there are challenges that have to be overcome. The weather can be temperamental to say the least, particularly in the winter. The old joke goes, if you don’t like the weather right now, stick around for five minutes. That’s true too – sunny, 60 degree days can give way to freezing temperatures and snow. In fact, the snow can go on through April, all of which makes it incredibly difficult to plan the clothing for riding, or whether to ride at all.R

A ride into the mountains is tempting due to the fact that it’s beautiful up there, and, when you find yourself in a town like Nederland, there are some great bars and restaurants. But there are trials to face there too; the up and down-hill stops and starts create challenges that need a bit of experience to negotiate.

But despite all of that, this is a tremendous place to ride. Most of the time, the weather is motorcycle-friendly and, when it isn’t, the right clothing is readily available. But it’s all about the views. The scenery here is glorious, and the air just smells great.

And then there’s the fact that a motorcycle uses much less gas than a car or truck. This writer rides a Honda Shadow 750, and it takes approximately $7 of gas every 100 miles. Even when gas prices are high, that amount isn’t going to go much over $10. Compare that to the $40-$60+ that it can take to fill a car or truck, and it suddenly looks very economically appealing. 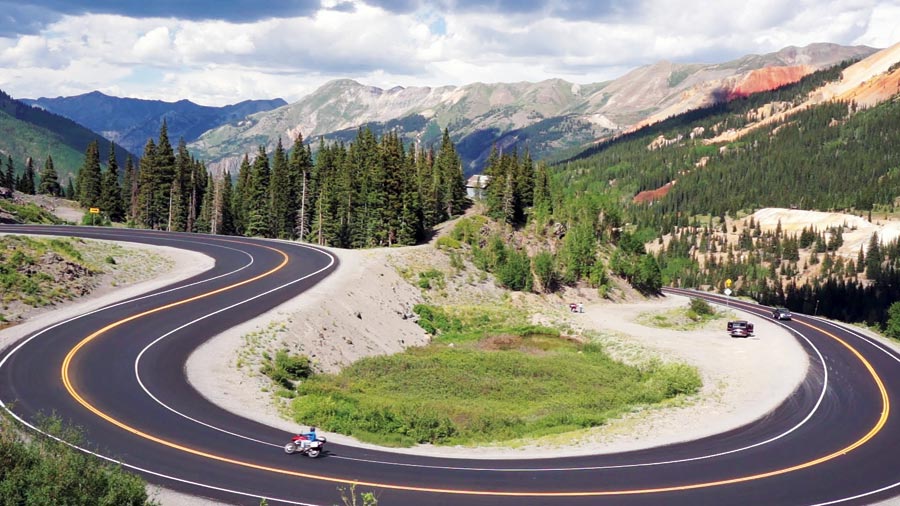 The environmental impact must be considered too. First of all, there’s less pressure on transport infrastructure than there is with cars. Each vehicle needs less space, both on the road and when it comes to parking. They weigh less, so wear and tear is reduced. And if a motorcycle breaks down, it takes a relatively short amount of time to move them off the road, reducing traffic congestion.

On the subject of congestion, 85 percent of cars (according to greenchoices.com) carry only one person yet take up a lot of space. Motorcycles are far more appropriate for the single-person journey. Emissions are far less than that of a car and, as previously touched upon, motorcycles burn 51-81 percent less gas.

In Colorado, and in particular Boulder County, a region where we pride ourselves on our minimal carbon footprint and our desire to be healthy, it seems to make sense that everyone would at least consider the idea of motorcycling, at least as a second vehicle when you don’t have to take the kids to school or a bunch of papers to work.

Many people are turned off because of safety fears. There isn’t entirely ridiculous – there are extra safety precautions that need to be taken when riding for sure. You can’t zone out for even a second, you always have to be on game. But when riding sensibly, statistics have shown that it isn’t anything like as dangerous as people like to think.

The good news is that, in the state of Colorado, riders have to either to complete a safety course or pass a test, before receiving the endorsement on their license. The course, which lasts a weekend, is a great idea. That’s what this writer did, with Full Throttle Riding Academy in Thornton. Business owner Jason Curdy knows his stuff, stating on the Full Throttle website that, “I have ten years of dirt bike experience, twenty years on the streets and four years on the track as a professional road racer. 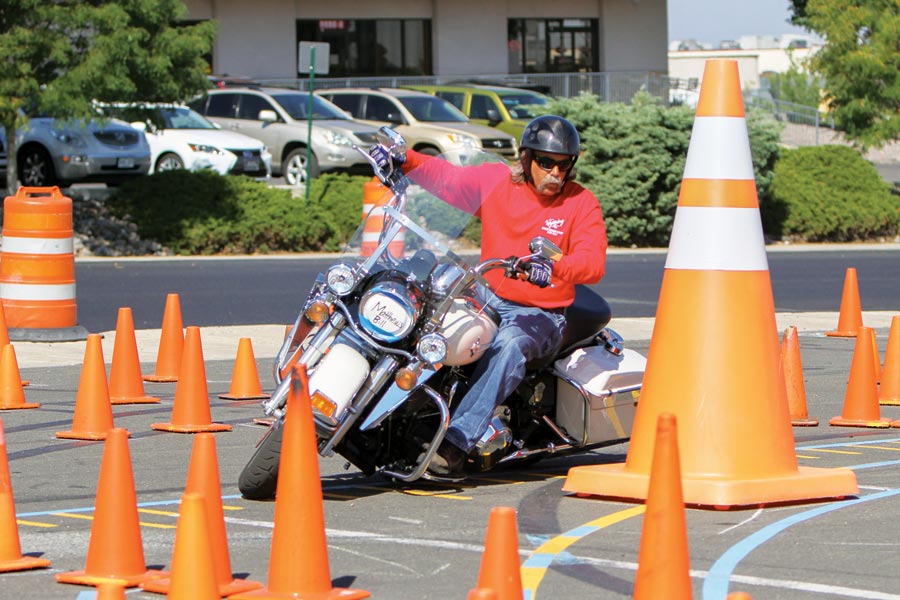 My reason for starting Full Throttle was to bring a higher standard of training to the motorcyclist of Colorado. Our mission is to give each and everyone of our students the tools and knowledge they will need to be a safe motorcyclist, on the streets or the track.”

Despite the fact that the basic training course is just two days (though they both start at 7 a.m., so you need a couple of early nights), with the assessment at the end of the second day, by the end you feel confident and in control of the vehicle. Curdy and his instructors will work you, but it’s a whole lot of fun and absolutely worthwhile. There’s really nothing better than learning from experienced people who will be blunt about the areas that you need to work on while simultaneously encouraging you.

Full Throttle isn’t the only place in Boulder County where these courses can be completed, it’s simply the one that we used, and can fully endorse. We would also endorse wearing the right equipment. That can be easier said than done here, when the summer sun is beating down in the 100’s and that leather jacket and those heavy pants feel oppressive, but it can be the difference between life and death. Remember what we said earlier about sensible riding? Those people you see riding a crotch-rocket in Converse sneakers, shorts, a muscle top and no helmet don’t fall into that category, no matter how cool they look with their Harley bandana.

Alpinestars makes a jacket that is padded and sturdy, looks great, but it also breathes thanks to tiny holes, letting air in when it is needed most. See? With a bit of research, it is possible to be comfortable, stylish and safe. In addition, there are denim jeans on the market that are lined with teflon, meaning that your butt cheeks won’t be worn to the bone within a couple of seconds of road-sliding. 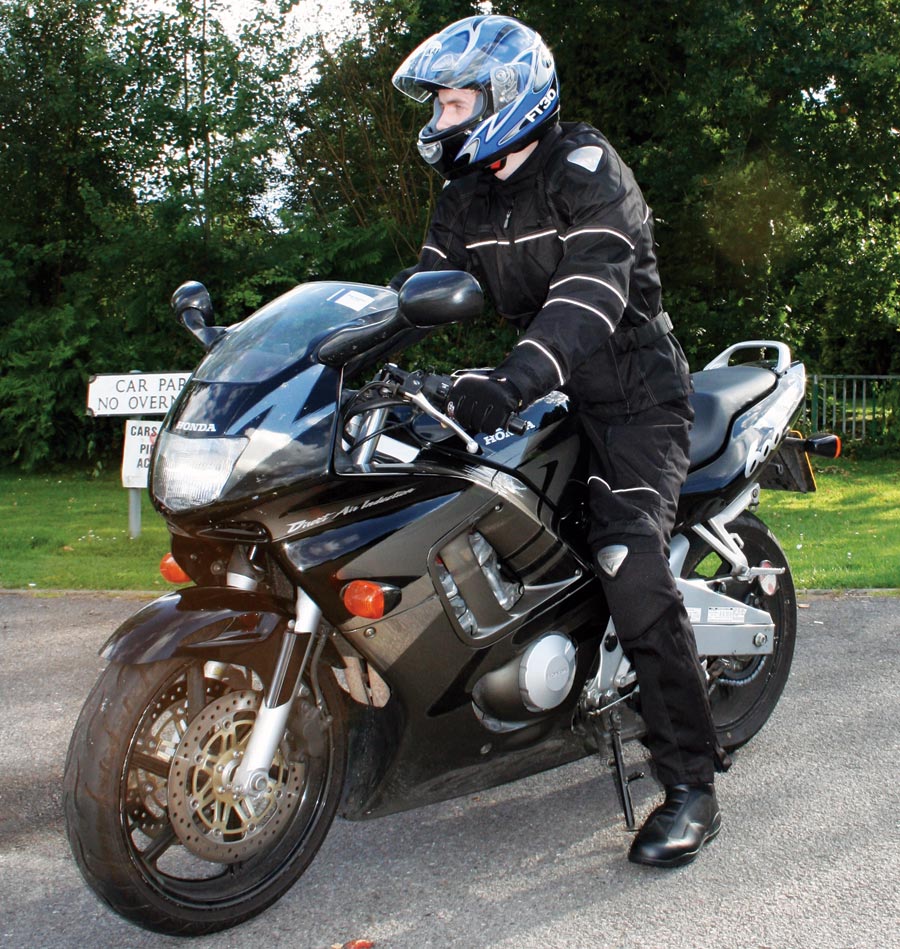 Boots are vital. Those canvas sneakers will do you no good at all if your foot goes under your bike, or they come into contact with a spinning wheel. A solid pair of riding boots, with plastic in all the right places, could save you an ER visit. And the helmet – don’t be fooled by those who tell you that you’re safer without one because of the peripheral vision factor. Helmets have saved countless lives and, with the visor up, riding is still a pleasurable, free experience.

Just as a final note, it’s worth being aware of the fact that motorcycles are not the only form of transport that offers these sort of benefits. Naturally, scooters are also fuel efficient and allow you to enjoy the open air while traveling in and around Boulder County. And then there are electric bike, which can give you many of the benefits of motorcycling while also allowing you to exercise when you’re feeling it. It all comes down to the sort of lifestyle that’s right for you. Just be sure to think outside of the car when you’re considering a new vehicle.