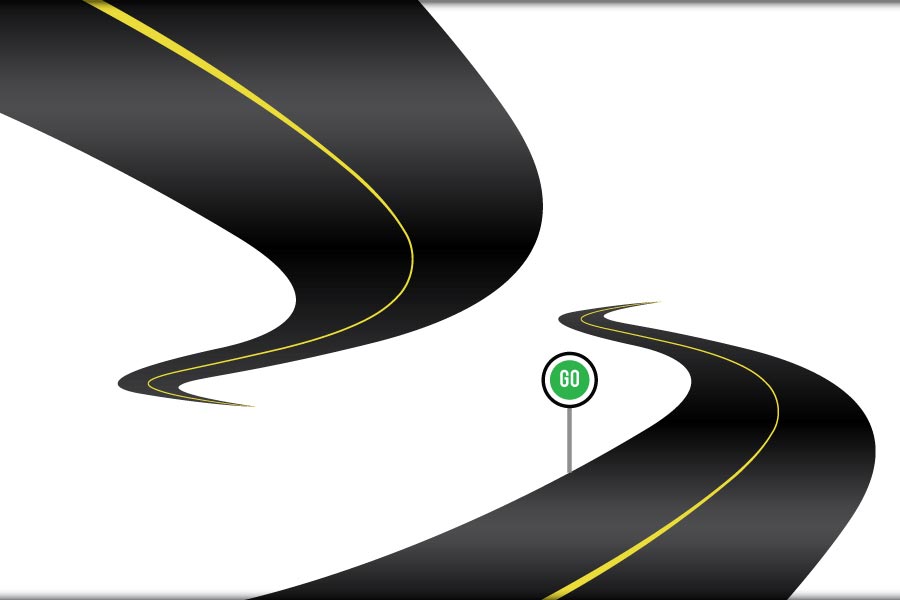 Let’s face a few facts head on. People are moving to the Denver and Boulder area in droves from all over the country. It’s like a Pied Piper situation. There is economic stability here, the views are incredible thanks to the Rockies, living is healthy and crime is minimal. To many, metro Denver is nothing short of a Utopia. Between April 2010 and July 2014, the population in the state of Colorado increased by 6.5 percent. Denver has more than doubled in population since 1960. And with that growth comes a certain amount of strain that has to be addressed.L

Anybody who has tried a commute to and from Denver knows that the levels of traffic are bordering on unmanageable. When the roads were designed and the infrastructure put in place, it was more than adequate for the people living in the area. The growth in population has meant that changes are necessary, and that’s why important work is to be done on US-36, I-70, and the 470 loop. 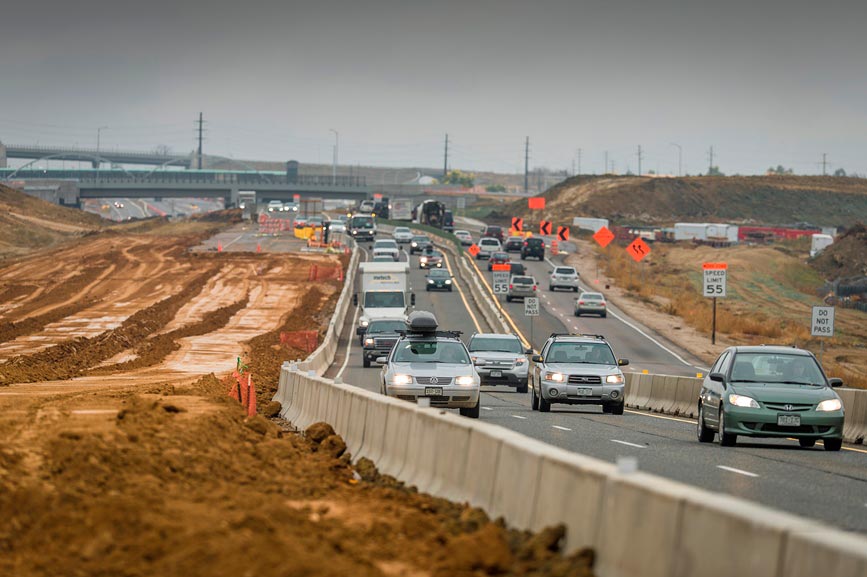 New express lanes are being created on US-36, at $497 million the largest construction project in the state. There will also be a new Bikeway and Bus Rapid Transit (BRT) service from Denver to Boulder.

Work began in 2012 and is expected to be completed early in 2016. It should ease things considerably. The express lanes aren’t for everyone; the idea is that they will be used by high-occupancy vehicles (HOV), tolled single-person vehicles and bus rapid transit. HOV drivers will be able to apply for a pass when the lanes open, while Active Traffic Management means that drivers will see signs displaying traffic conditions. New express lanes are to be constructed, while general purpose lanes will be reconstructed. There will be bus lanes and a separate commuter bikeway.

For the meantime, it’s been a dreadful few years for metro Denver residents, and particularly for commuters. That journey between Denver and Boulder during busy periods has been, at times, nightmarish, and 2016 still seems a long way away. And the whole thing has been fraught with controversy.

Back in 2014, the Colorado Department of Transportation announced that it had reached an agreement with Plenary Roads Denver to widen and build toll lanes on a portion of the Boulder Turnpike and provide maintenance and snow removal services for the entire highway for the next half-century.

The public argued en masse that a public road was being given away to the private sector, but CDOT countered that the Plenary deal was the only way to get the job done.

“We still need to have a broader conversation on how transportation is paid for in Colorado and the methods to deliver those types of projects,” CDOT spokeswoman Amy Ford said.

“A private company is bringing money to the table to complete this project and we have to give them stuff in return,” Danny Katz, director of Colorado Public Interest Research Group said. “We need to be cautious and we need to be convinced there aren’t better options.” 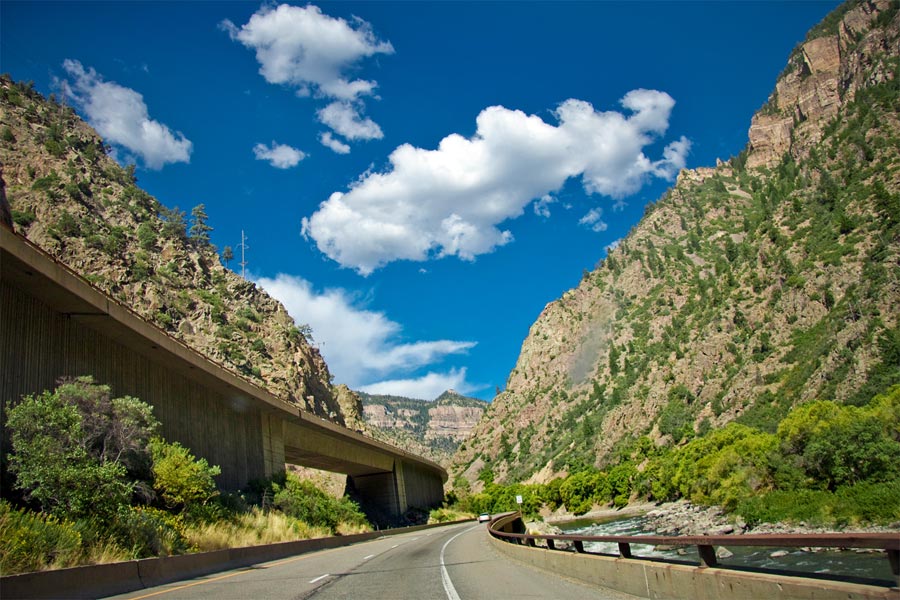 It was also in 2014 that plans came to light for one of the biggest road expansions in metro Denver’s history. I-70 was to be reconstructed from I-25 to Tower Road, with extra lanes added for the 12 mile stretch.

According to I-70east.com, “Planning for I-70 started nearly 60 years ago. As part of the recommendation for the “Valley Highway,” now known as I-25, it was determined that Denver’s major east-west thoroughfare should be located along 46th Avenue to the east of I-25 and 48th Avenue to the west. In 1947, Denver formally requested that the 46th/48th Avenue corridor be designated as a State Highway from Sheridan Boulevard to Colorado Boulevard. Detailed studies and design efforts continued in the 1950s and 1960s, and I-70 construction was completed in 1964.”

The project is necessary due to increased transportation demands, limited transportation capacity, safety concerns, and transportation infrastructure deficiencies. “In July 2003, CDOT and Denver’s Regional Transportation District (RTD) began a joint study effort called the I-70 East Corridor Environmental Impact Statement (EIS),” they say. “An EIS is typically a three- to five-year decision-making process required before any major federally funded transportation project can be built. The EIS ensures that issues affecting the community and the environment are identified and considered before making a final decision. The process is conducted by local, state, and federal agencies and is a requirement of the National Environmental Policy Act (NEPA).”

“We have spent a decade working with area residents, the business community and regional civic and economic development leaders,” said Don Hunt, executive director of the state Department of Transportation. “We are at a critical point in the process, approaching the time when a decision will be made, and we want to make sure that everyone has an opportunity to review this exhaustive analysis of the viable alternatives and made comments on it.”

Much thought has had to go into the environmental impact of, not only the I-70 expansion, but the reconstruction of all the three roads, and hence an entire Environmental Process has been developed and is being followed. There have been other concerns though, and it was almost exactly a year ago that CPR was asking how I-70 will deal with the additional traffic over the summers vacation season, including Memorial Day weekend.

“Summer’s very different than winter for driving I-70. Of course the winter conditions are uncontrolled,” Hunt said. “When we get a lot of snow like we did this past winter, I think it was almost double the winter before, which is great for Colorado ski areas. Pretty tough on drivers and CDOT. We have a lot of spinouts and accidents and that can cause the highway to close for a long period of time. In the summer we have even higher volumes but we aren’t fighting that same weather condition so it’s a little bit more predictable. But with the higher volumes, we really encourage people to watch the time when they travel.” 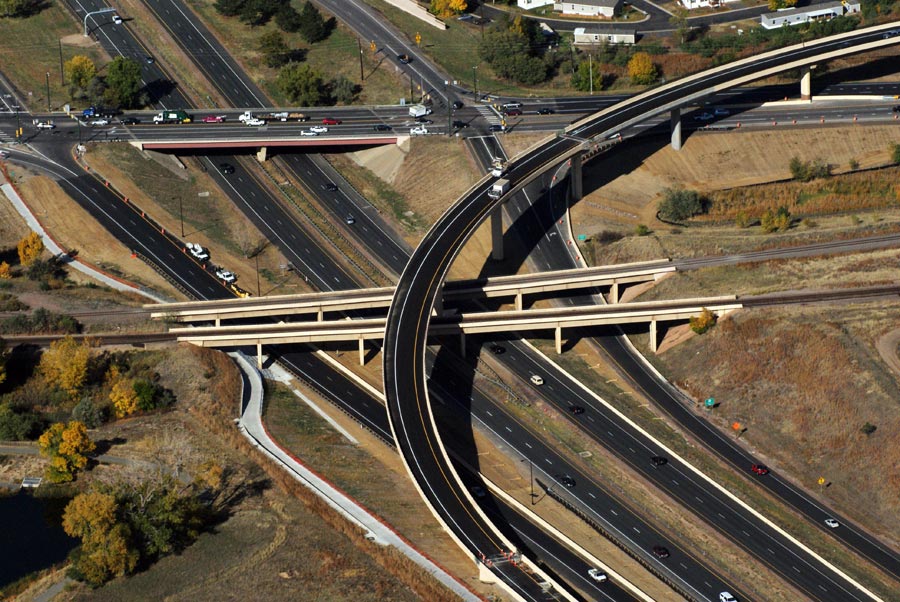 E-470 is a 47-mile toll road running along the eastern portion of metro Denver. It’s owned and maintained by the E-470 Public Highway Authority, and it’s one of the main roads providing access to the airport.

“The C-470 Tolled Express Lanes Segment 1 project will be constructed, managed, owned, and operated by CDOT,” CDOT said. “The project is supported by the C-470 Corridor Coalition and partial funding is being provided to CDOT from Douglas County. Funding all the scope items listed below for Segment 1 is contingent upon net proceeds from toll revenue projections, combined with RAMP funds and other revenue sources.”

All of this suggests that we’re going to have to deal with large levels of construction for some time to come. That means frustration, annoyance, and perhaps even some road rage. It means hot weather trapped in the car. But it’s necessary, so we’re just going to have to grin and bear it. We have to place faith in the powers that be that it’ll be done as efficiently and, God willing, as fast as possible.