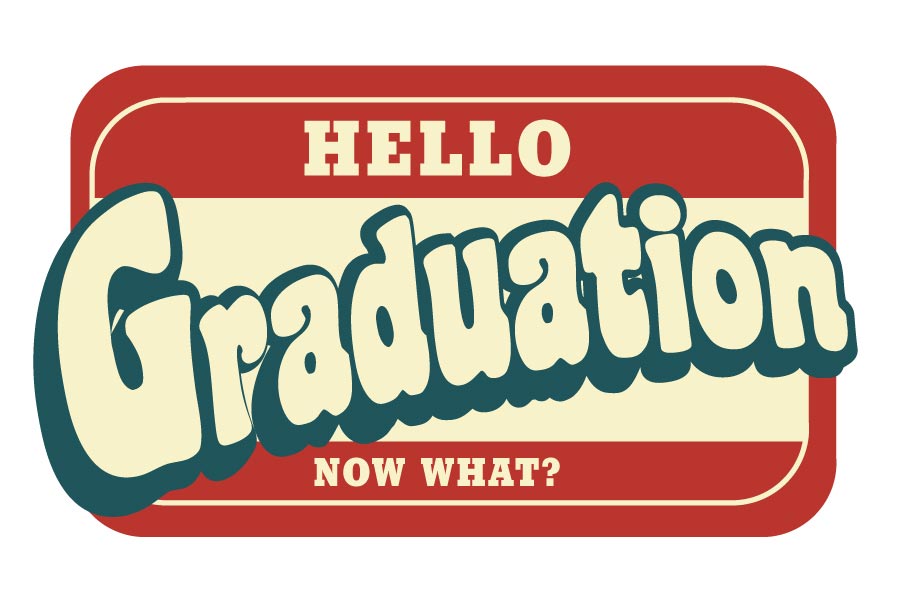 It’s asked by nearly everyone, friends, professors, advisors, and of course overbearing relatives who start asking over Thanksgiving dinner and well into late April right before the painfully boring graduation commencement speeches are given to the both proud and terrified students that sit in the foldable chairs, which may not be able to hold the weight that rest on their shoulders.I

But, what does come next? For many students, college is the first breath of independence, but it’s not complete freedom. It’s much like high school with classes, a social life, sometimes a part time job. The fear of what comes next is pushed to a dark spot in the mind while they enjoy the in-between of childhood and being an adult.

Of course, there are warning signs of what waits just beyond the graduation stage, but is it stressed enough? Analysts for the New York Federal Reserve Bank of New York found that nearly half of college graduates are unemployed or underemployed. The report “Are Recent College Grads Finding Jobs,” published in January 2014 lays out just how hard it is to get a job post graduation.

Although that number might seem high, it’s not a new trend. Post recession times in the early 1990s, early 2000s and today all show the same thing, college graduates have a hard time finding jobs.

It’s something that Lafayette resident Nick Costa is experiencing in real time. Costa graduated from Durango’s Fort Lewis College two years ago with a bachelors in English. For the first year after graduation, he continued working at the Durango Diner as line cook. He had become one of the 44 percent of graduates who are underemployed. 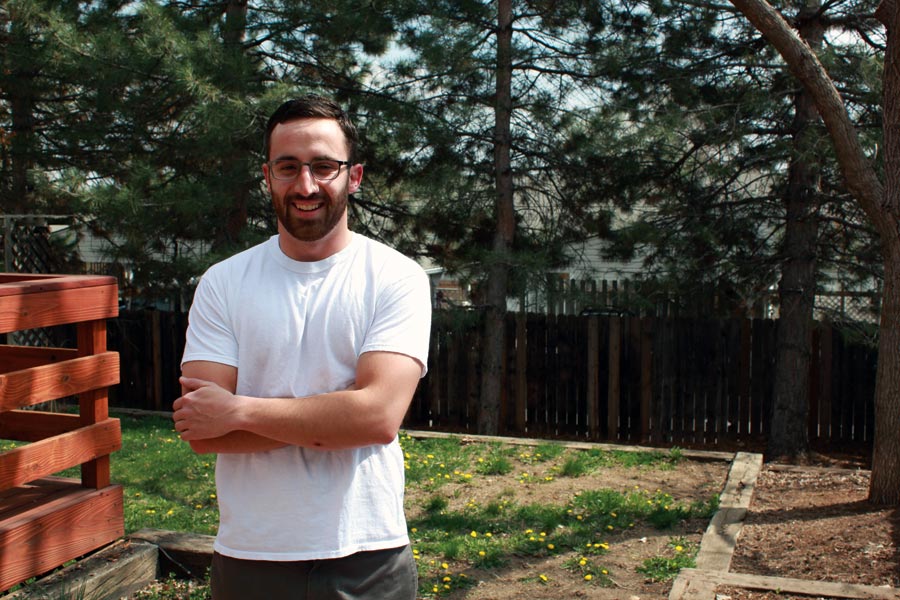 Underemployed doesn’t mean without a job, but rather a college graduate who has taken a job post graduation that does not require the degree they spent years , and a lot of money, obtaining. But a job is a job, right?

“I worked at the diner because it was easy. It was cash in hand and under the table. It was basically something I didn’t mind doing.”

“I worked at the diner because it was easy,” Costa said. “It was cash in hand and under the table. It was basically something I didn’t mind doing. But eventually I got tired of it and decided to move back up here.”

After Costa left his job at the diner, the job search was on. He spent hours online trying to find something. Trying to find anything. It was a connection through his mom, that he landed a job at the National Telecommunications and Information Administration. There he did a temporary archival job for a few months, basically acting as an intern.

Once the temp job ran it’s course, Costa got another temporary job, again through his mom, at the National Oceanic and Atmospheric Administration, where he ran the student intern program for the summer. At the end of summer, Costa arranged an agreement where he would go to Europe for a few months and once he returned a permanent contract would be waiting for him in January.

So, he left for Europe, and when he got back in December he anticipated starting a job the following month. But now in April, Costa is still waiting to hear back from NOAA, and while he waits in limbo he spends his time applying to jobs. But it’s not a vacation. Without a job, the stress hits hard and keeping busy is the only way to keep his mind at ease.

Costa utilizes his spare time with hobbies, such as rock climbing, thrifting in Boulder, hanging out with friends and spends a lot of time with his mom. But even that doesn’t always help, as the worry and stress take over.

“I was fully qualified but you get to a point where you have to be constantly proving yourself and it wears thin.”

Costa recently applied to a job that asked him to compose a paragraph or two of his accomplishments, and why he deserved the position. The simple question had Costa stumped forcing him to walk away from the application and return the next day with an answer.

“I was fully qualified but you get to a point where you have to be constantly proving yourself and it wears thin,” he said. “When I get asked how do I keep my spirits high, I just think that it’s not so much that but rather keeping the nerves low.”

Of course, Costa is not alone in this. Not only are college seniors and recent graduates trying to sort out life after “Pomp and Circumstance,” but also those who lost their jobs during the recession or those that decided midway through life that they wanted to take another career path. The stress and worry hits everyone. 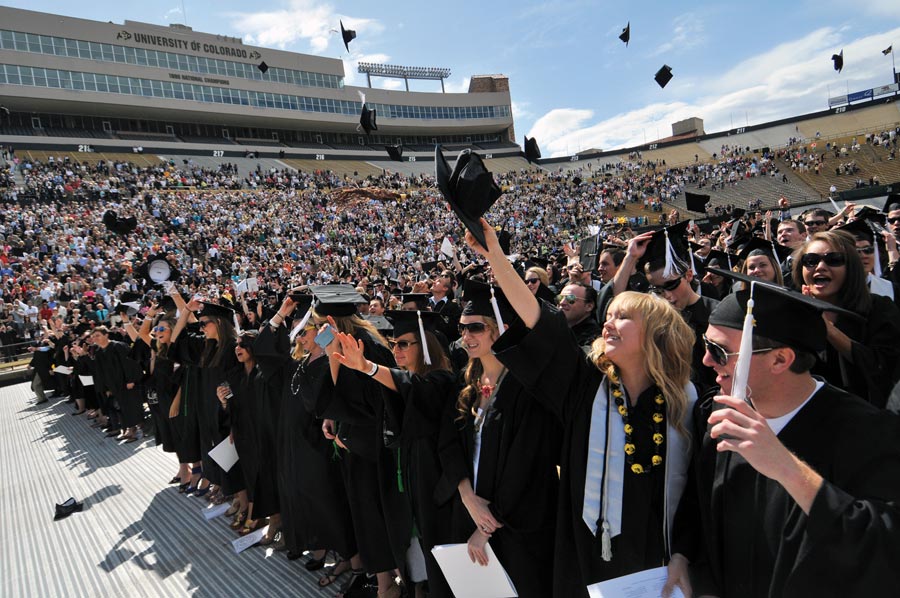 But for those who are currently enrolled, or an alum of University of Colorado Boulder, the job search can be a lot easier with a little bit of help. On any given day, Career Services’s schedule is booked. From helping undergraduate students beef up their resumes and cover letters, to counseling alum who are out of a job or wanting to change his or her career.

All current students at the university get to use the centralized office for free, and a lot take advantage of the services. The counselors help students figure out who they are, what they want to do and how to achieve it. For the first two years after graduation the services are also free, but after that each alum gets two free counseling sessions and then they must pay.

“Applying to jobs is the final step. Most of the work is on the front end, as we help prepare them to take off on their own.”

“Everything from the ‘I have no idea what I want to do with my life,’ which involves helping people discover their skills and how to use them, through searching for internships, networking and finding jobs to apply to,” Jon Schlesinger, Career Services’s assistant director for strategic planning and communication, said. “Applying to jobs is the final step. Most of the work is on the front end, as we help prepare them to take off on their own.”

It’s a popular system that seems to be working. Career services has a full staff of 13 counselors as well as 4 graduate student interns whose offices stay booked throughout the year. Of course, there’s an additional push as graduation nears and the reality of the job market, and pending adulthood, draws near.

Unlike the national average, CU Boulder’s students are succeeding in landing jobs after graduation. For every graduating class, the university sends out a survey to track what students have accomplished. For the class of 2014, 85 percent are employed at a full time job six months after graduation. But this isn’t taking into account those that are underemployed.

“It’s hard to tell six months out, because we don’t know how many of those students are taking time off,” Schlesinger said. “Overall, we know that the vast majority of people are doing things. Seventy-five percent of those that have a full time job said they wouldn’t be at their job without their degree.” 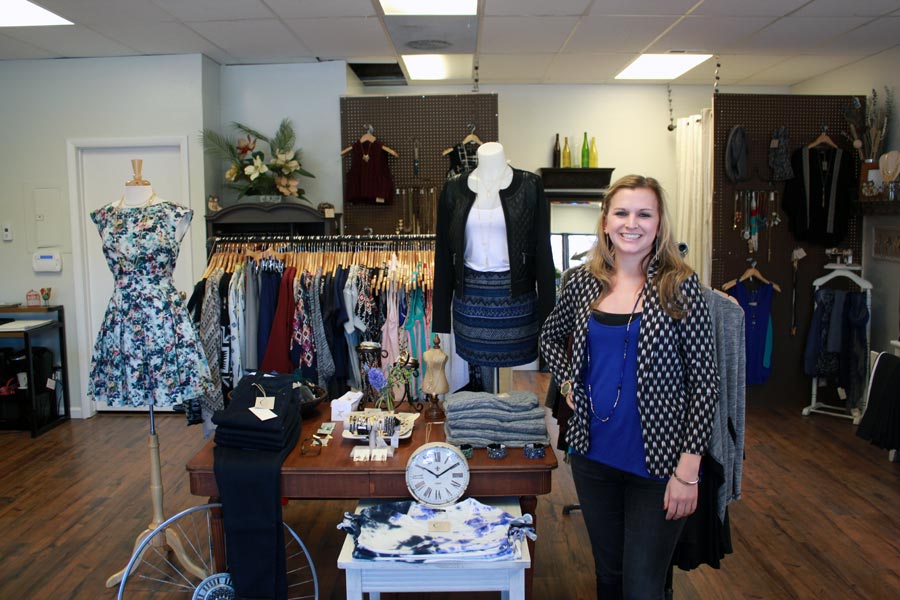 Like majority of the students who graduate from CU Boulder, Cameron Moon is putting her degree to good use. Graduating from Texas A&M in 2009, Moon moved to Colorado to get her masters in fashion merchandising. It wasn’t her original plan, but graduating during a crashed economy left her with limited options. Internship after internship cancelled on her, forcing her to think on her toes. Realizing that boutiques were struggling, she started saving money as she studied by working at retail. After two years in Colorado she decided to pursue her doctorate in Alabama, but quickly decided that it wasn’t for her.

In 2013 she moved back to Texas with her parents to continue saving up money, with sights set on opening up a boutique of her own.

“It’s something that I’ve always wanted to do,” Moon said. “You know, one of those things that you want and never think it would actually happen.”

Moon, however, saved the money and moved back to Colorado, opening up Magnolia Moon in Fort Collins.

Located just north of Colorado State University, Magnolia Moon sits nestled in a tiny strip mall on South Mason Street. During the warm spring days the front door is open, with a rack of blouses flowing in the wind. Walking into the quaint store, costumers are hit with an array of color, vintage decorations and the sound of current pop music. Moon built something she is very proud of using her own money and a lot of credit cards. But it wasn’t easy.

“Applying to jobs is the final step. Most of the work is on the front end, as we help prepare them to take off on their own.”

First, she had to find a place she could afford. She finally settled on an old office building she remodeled to have an open floor space. She ripped up the carpet, laid hardwood floors, transformed a small bathroom into a closet, and turned a kitchen sink into a check out counter, which she stands behind six out of seven days of the week. But that wasn’t the only thing she recycled. Moon built the racks she hangs the fashionable, or “two years behind fashionable” she said, clothing for young colorado professionals.

“I did what I could with what I had,” Moon said. “I couldn’t find work, so I made something of my own.”

It’s something that recent graduates are turning to, especially in Boulder County. BoCo was named one of the best cities for startups in America by investopedia.com. It’s something that CU Boulder’s Schlesinger knows all to well.

“Graduates who really try and get a job, have a job,” he said. “It’s about finding a route and focusing on it.”