By now, we all know that the Boulder Bubble is a very real thing, and it’s showing no signs of ceasing to grow. As the population in the metro Denver area has rapidly increased and the affluence in Boulder proper has become more tangible, the bubble of wealth and prosperity has continued to push outwards into and beyond Lafayette, Louisville, Erie, Thornton, Westminster, Longmont, etc.T

Property prices have risen and continue to rise. They don’t seem to be showing any signs of slowing down. But the Boulder Bubble also refers to a region of healthy living and general peace-of-mind. Speaking to the Guardian, comedian Kelly MacLean said that, “If you go to Boulder, you could feel fat. Everyone is in perfect, perfect shape. Boulder is the only town in the world where you’ll see a $5,000 bike mounted on a $900 car. You hear people saying: ‘I’ll see you at yoga.’ You’ll never hear: ‘Wanna go grab a cheeseburger and a beer?’” 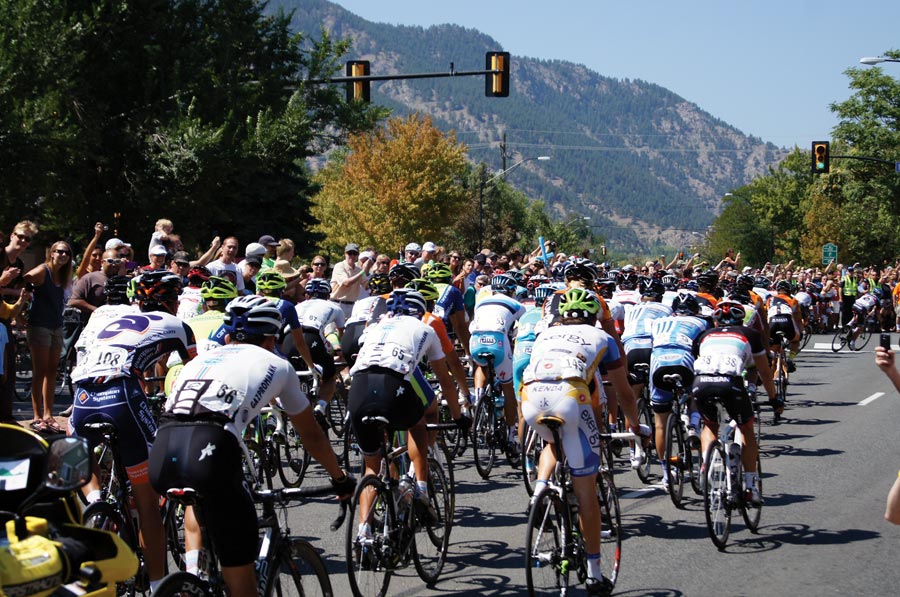 That mentality is spreading, with people looking further and further afield to experience the Boulder lifestyle, perhaps unwilling and even unable to pay the high property prices in the city of Boulder. In 2012, the Daily Camera wrote that, “Colorado has roots in the Wild West–with cows and spurs and tractors. And a lot of residents in Boulder County make their living in rather “un-Boulder” fields, fueled by other local residents who enjoy the occasional morsel of gluttony or relaxation.”

Companies like Google have moved into Boulder and made sure that they have stayed there. “When we searched for a new site we had very specific criteria such as the caliber of the work force, the right business climate and the infrastructure to support the needs of Google’s operations,” Scott Green, Google’s Boulder site director, said in a statement. “Boulder and Colorado have surpassed our expectations.”

Software entrepreneur Brad Feld said that, “The most visible problem her is that Boulder’s booming businesses are running out of room. Downtown Boulder is not large – maybe 10 blocks by 5 blocks – and very few of the buildings are more than three stories tall. Once you get outside the downtown Boulder core, you get some larger buildings and some office parks, but you are no longer in the core of downtown. If you get in your car and drive to the next towns over, such as Broomfield and Westminster, there is plenty of office space and some larger buildings.”

He’s right too, and that’s the crux of what’s going on here. There’s virtually no space left in Boulder, so businesses, as well as residents, are having to think beyond the city boundaries – for office space, for housing, for parking, for warehouses, for everything.

Cities like Lafayette, Longmont and Louisville are already booming business hubs. Stores and restaurants in particular are practically scrambling to be a part of the charming “old town” scenes. So while space is seemingly at a premium in those cities, it’s surely only a matter of time before the bubble spreads even further. It’s even worth considering that the bubble is overshadowing the city of Boulder itself; Louisville often places in the top two of Time Magazine’s annual “Best Places to Live in the USA” feature. 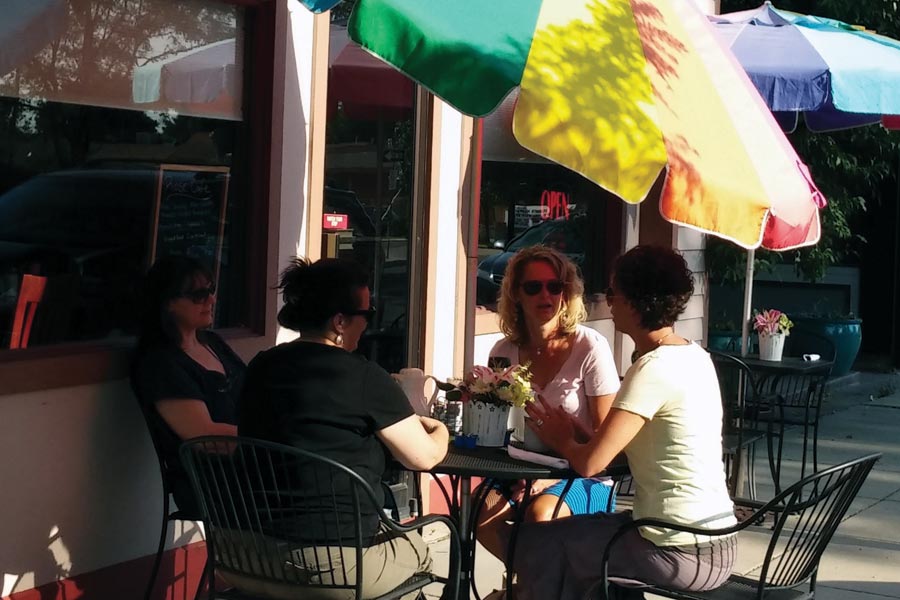 “Locals say the work-life balance in Louisville is hard to beat,” they say. “Come summer, residents can look forward to weekly events featuring food trucks from local restaurants, beer gardens, live music and much more. Then there’s the Colorado sunshine, 1,800 acres of open space, and, of course, the Rocky Mountains, just a 20-minute drive away.”

There has been precedent. Look no further than New York. Prices in Manhattan became so ludicrous that people wanting the New York City lifestyle started living in surrounding areas like Queens, Brooklyn, and across the bridge in New Jersey. Now, the prices are shooting up in those places, with Brooklyn in particular a desirable place to live now. See also London. The area commonly referred to as “Greater London” has been expanding for decades until, now, commuters are journeying daily into the city center from as far afield as Watford and Croydon.

So take a look around. Only 15 years ago, Erie was a far from desirable location, the sort of place that people moved to escape the rest of society. In the years since, the bubble has caught up with it, new developments have sprung up, and now it’s a sought after location. Nowadays, violent crimes in Erie are 81 percent less than the state average and property crimes are 80 percent less. Crime in Erie reduces 6 percent year-on-year.

Similarly, Longmont saw it’s fair share of crime down the years, but it has seen slow and steady improvement, and now there are areas of the city that command property prices rivaling Erie, Lafayette, etc. Longmont’s violent crime rate is now 17 percent below the Colorado average. Some say that the bubble and the resulting diminishing crime rates are having a negative impact on the spirit of each individual city that has been there for a long time. However, the old town’s in many of these places, plus a strong sense of community, ensure that a balance is struck.

It gets fascinating when we talk about cities like Broomfield and Westminster, where the health-conscious Boulder lifestyle is near-doing battle with the big city Denver vibe. What is apparent is that the Boulder Bubble is starting to make it’s way outside of the confines of Boulder County. 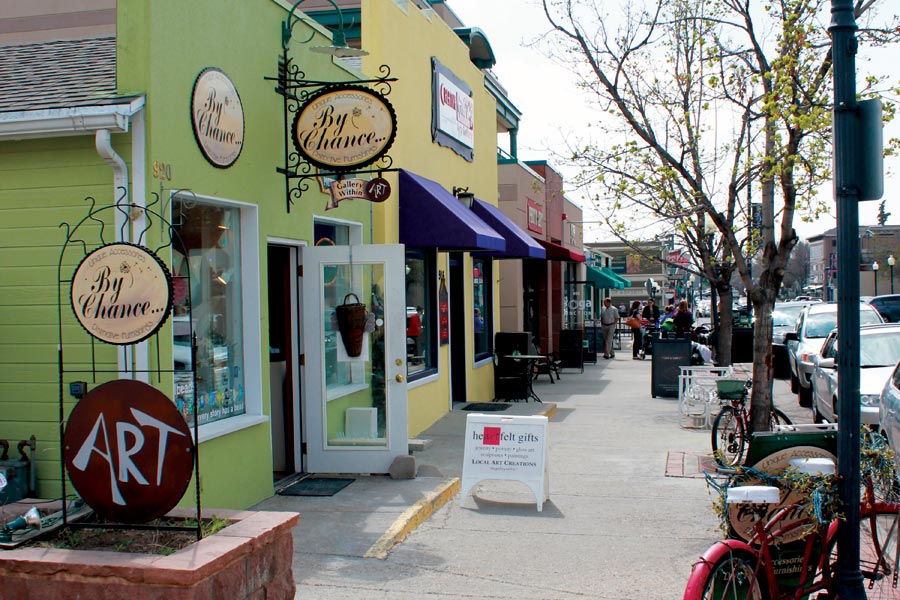 Naturally, when population growth is occurring this rapidly, there are environmental issues that must be considered. We’ve spoken in this month’s Transportation feature about the impact that the large amount of people is having on the roads and the need for radical expansion. But there are other issues too. With that amount of new transport, the air will inevitably be less clean. That means the potential for breathing problems.

Thanks to the aforementioned Boulder lifestyle, this is less of a problem than it might be elsewhere. As Kelly MacLean said, “Boulder is the only town in the world where you’ll see a $5,000 bike mounted on a $900 car.” Yes, people from Boulder do drive. Of course they do. But they are far more likely to ride a bicycle for short journeys than jump in the car just to go three blocks. It’s a part of the mentality here, so that pollution, though still an issue, will be less of an issue here.

More people means more waste. Again though, keeping the carbon footprint to a minimum is ingrained in the DNA here. Recycling is an integral element to the Boulder mentality, and that thought process will again reduce the negative environmental impact of the bubble’s growth.

All of which means that, if something has to grow and spread throughout and beyond Boulder County, it’s really no bad thing that it’s going to be the Boulder Bubble.