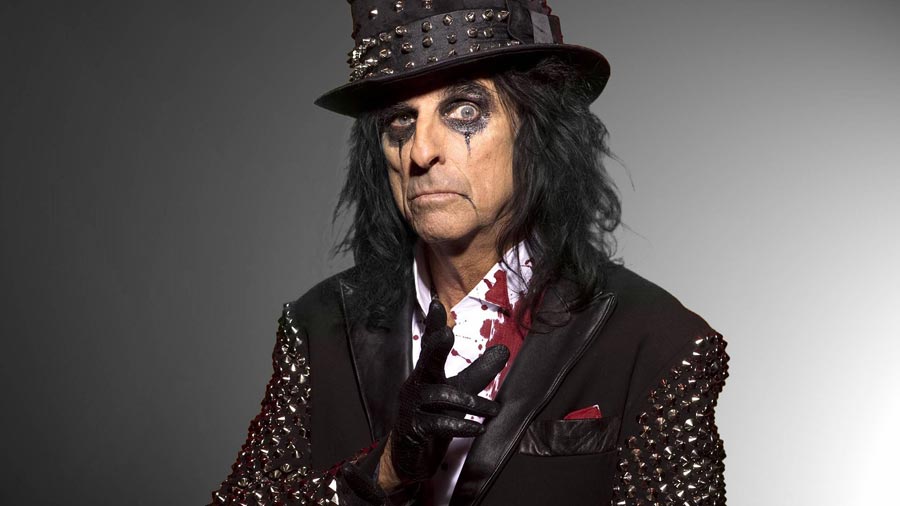 Original shock-rocker and Detroit native Alice Cooper has seen and done it all, releasing some of rock ‘n’ roll’s great albums and anthems, and retaining his intensity for decades. On July 31, he’s in Denver with 1980s sleaze rockers Motley Crue, so we spoke to the main man about it all.O

Yellow Scene: This Motley Crue tour is interesting – you should be headlining…

Alice Cooper: It’s their tour. They invited us on their tour. If we were just going out on our tour, it would just be us and someone else. That’s fine – I’ll tour with them. We’ll be Europe. The amount of tours we do, we’re all over the place. This will be our last chance to work with them. We’ve never worked with Motley Crue [before]. It’s so strange – they’re old friends of ours for 30 years, and we’ve never done a tour with them. When this came up, we just said, ‘sure, that’ll be fun.’ Motley’s audience will be pretty much the same audience as ours, except maybe a little younger. That kind of appealed to us, the fact that that audience might never see Alice Cooper live. It’s a great opportunity to get in front of people who have never seen us, so let’s do that.

YS: Nicki Sixx and Mick Mars played on your Hey Stupid album. Are you a Crue fan?

AC: The rock community is a fraternity – we’re old friends. They’re very good about telling everybody that we were one of the biggest influences on them. A lot of bands – Guns N’ Roses, etc – give tribute to Alice Cooper, which is nice. I always let them know comically, that it’s nice when they say that but we’re still going to try to blow each other off stage. That’s what makes for a great show, when there’s competition involved. Motley Crue’s show is one thing, Alice Cooper’s show is another. It’s fun to push each other. We’re gonna push them, they’re gonna push us. It would be the friendliest of competitions. I did the same thing when I went out with Rob Zombie. We would do a show, they would do a show, and every night they would do something to match our show and I would do something to match their show. By the end of the tour, we had an extra truck apiece.

YS: People talk a lot about your religion, golf, your politics. Do you need to further the act on stage when people know so much about you?

AC: I’m a rock n roll guy. The last thing I am is a politician. If you want politics, go to Ted Nugent. I’m not politically incorrect, I’m just politically incoherent. The weird thing for me is, after doing this for almost 50 years (I was in a band when I was 15), when I go on stage now, I still go on stage with a bit of chip on my shoulder (Alice does, the character), with the attitude that I’ve got to prove something. I couldn’t be more confident in the character, and yet Alice goes up there with this attitude of ‘wait till I show you.’ It’s not just on audience, it’s every audience. He’s out there to prove something. There were so many years when people looked down on the Alice Cooper band, saying ‘without the theatrics they’re not a good band.’ We went through the whole insecurity of that, until we made three or four number one albums. They had to quit doing that. But still, I go on stage with this determination to kill that audience. Not just to perform for them, but to kill them. There’s a competition involved with me. I don’t go up there to entertain the audience, I go up there to destroy the audience. 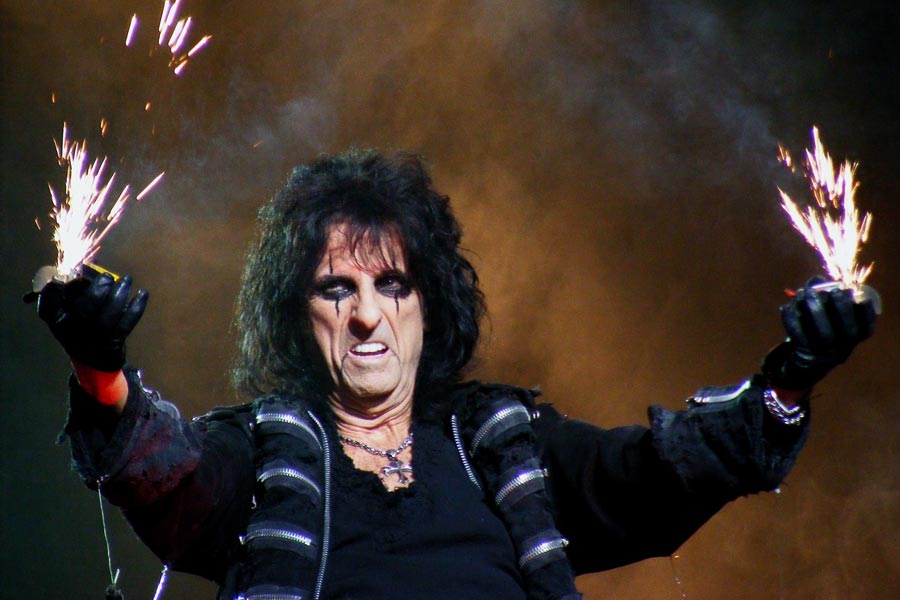 YS: Do you keep your finger on the pulse of modern music?

AC: I was really proud to know that Jack White was a Detroit guy. It was the only thing in the last ten years that was useful to me. I went wow, who’s that guy. Every riff that he played was like, ‘damn now you’re talking.’ Most rock n roll I listen to and I go, ‘Jeez, please stop being so anemic.’ Jack White came out, and I was like where did that come from. They said Detroit and I went, now I get it. Eminem – I’m not big on rap at all, but I think Eminem makes the funniest records. He makes some very, very clever records. I appreciate him on a level of humor because, being a lyricist, I try to get the audience to at first like it and then later get it. Eminem’s got that same thing. He’s very good at telling a story.

YS: You both play a character…

AC: That’s exactly it. I think that has a lot to do with it. I think a lot of people don’t realize that they play a character on stage. I think Mick Jagger knows that he’s playing Mick Jagger, and off stage he’s not that same guy. Iggy plays Iggy. We all take our character and amp it up, put a lot of horse power behind it, and you become something other than human up there. Guys that have been around for 40 years, we’ve kinda become mythical. When you hear of Ozzy, Steven Tyler or Alice Cooper, people think there’s a certain myth behind it.

YS: You have this new guitarist, Orianthi…

AC: She played with Michael Jackson when he passed away. If you ask any guitar player out there, they’ll be the first to tell you she is the finest female guitar player on the planet. She doesn’t play like a girl at all. She gets up and plays with Carlos Santana or Steve Vai, Satriani, any of these guys, they’ll throw a riff at her and she’ll throw it right back at them. She’s one of the gutsiest guitar players I’ve ever worked with. It’s a very unique situation. She’s a 27-year-old Australian girl, with blonde hair and girly looking. When she plays, you go ‘What?’ She’s my guitar player right now, Ryan Roxie is in the band. Second lead. They play great together. Ryan’s sort of a T-Rex player. He’s got that glam background. Chuck Garric is on bass – he’s got his own band called Beasto Blanco. Glenn Sobel on drums – he’s a drummer’s drummer. A lot of the drummers in LA learn to plays from Glenn Sobel.